September 02, 2019
Today's trip report comes from Six Flags Fiesta Texas in San Antonio, where we checked in on both of the park's new-for-2019 additions: Pirates of the Deep Sea, a re-theme of the former Scooby Doo shooter dark ride, and The Joker Carnival of Chaos, a brand-new Zamperla Giant Discovery pendulum ride! 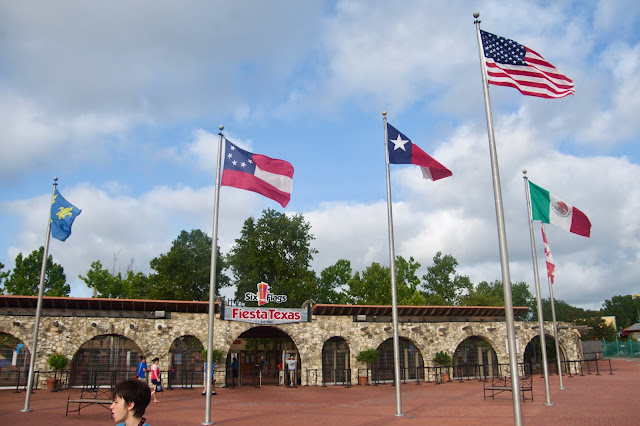 Let's head inside the park and see what we find! 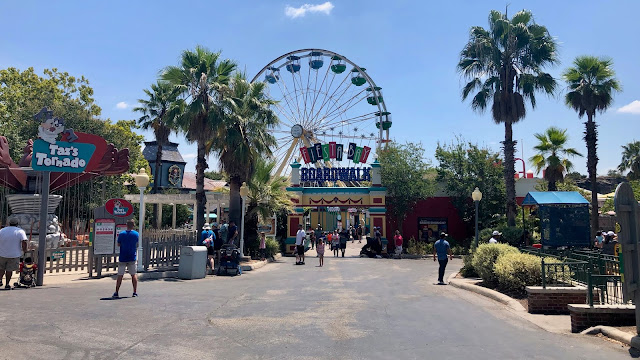 Our first stop: Fiesta Bay Boardwalk, home of Pirates of the Deep Sea. 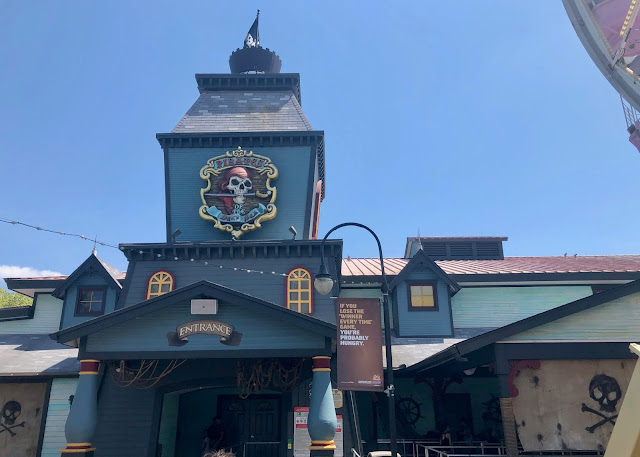 This dark ride takes over the former Ghastly Manor building to the left side of the boardwalk. Not much of the exterior has been changed other than a new paint job and sign. 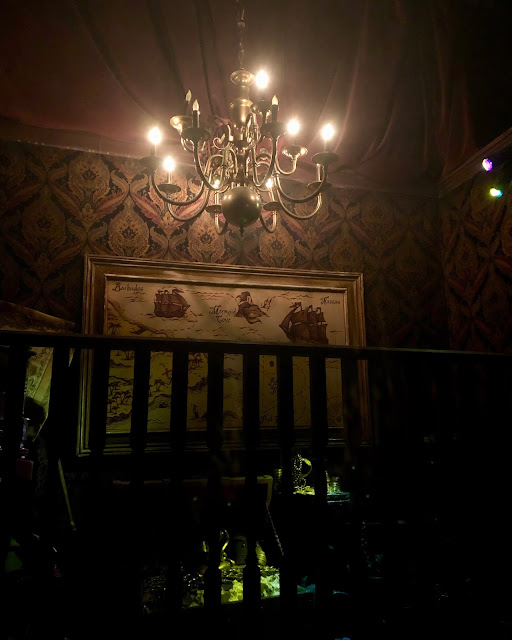 Inside the queue building, however, things could not be more different. The relatively unthemed room of switchbacks is gone and replaced by a maze-like, fully immersive series of rooms and corridors. 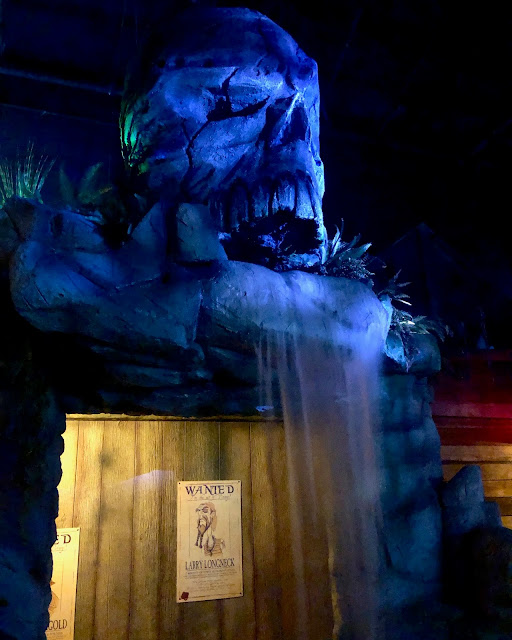 There is even a water feature and rock work at one point! This is by far the most immersive queue I've ever seen at a Six Flags park. Though it was obviously done on a budget when compared to Disney or Universal dark rides, this queue exceeded my expectations, and was probably the most detailed part of the entire attraction. 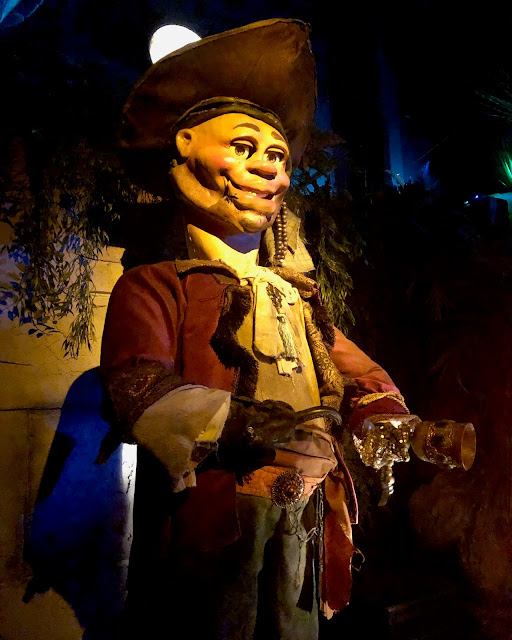 As great as the queue was, this animatronic... not so great. His movements were erratic and awkward, and at times downright disturbing. To add insult to injury, most of his lines seemed very similar to, if not downright copied from a certain other pirate-themed dark ride out there somewhere... 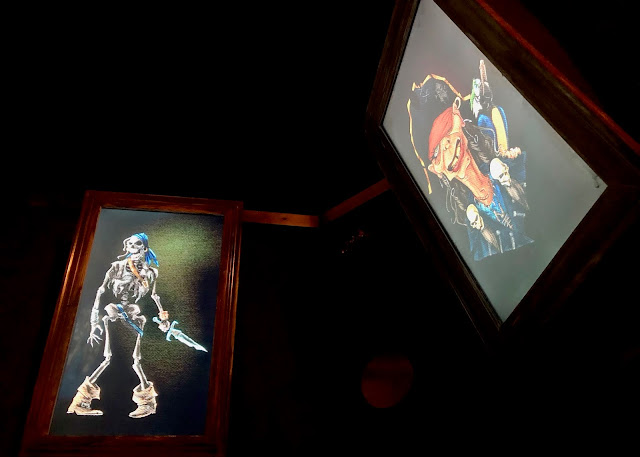 ...and these changing portraits seemed pretty much lifted from Disney's Haunted Mansion... 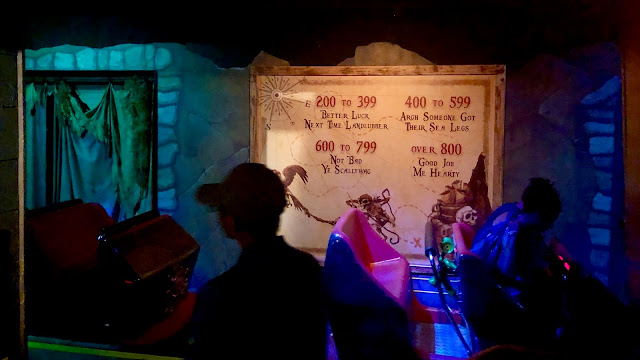 The ride system itself is still identical to that from Scooby Doo Ghostblasters. All the scenes have been changed and made pirate-ey, but some of the original props and effects remain, blended in with the new ones. The ride's major upgrades come in the form of fog effects and even a few projection scenes to complement the usual flats and simple figures. Also, as you would hope for a new shooter dark ride, all the targets work and most trigger effects. Some of the guns are left over from Scooby Doo, though, and can be spotty. 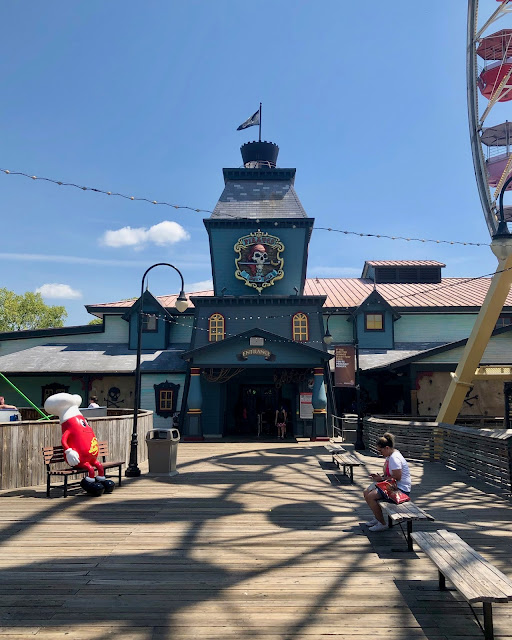 Overall, this dark ride is good fun and a nice respite from the Texas heat. Though I think it is a bit below the Justice League rides, it is certainly impressive for a dark ride built in-house by Six Flags staff, and it fits the park well. Most importantly, it is an upgrade from what was there before. 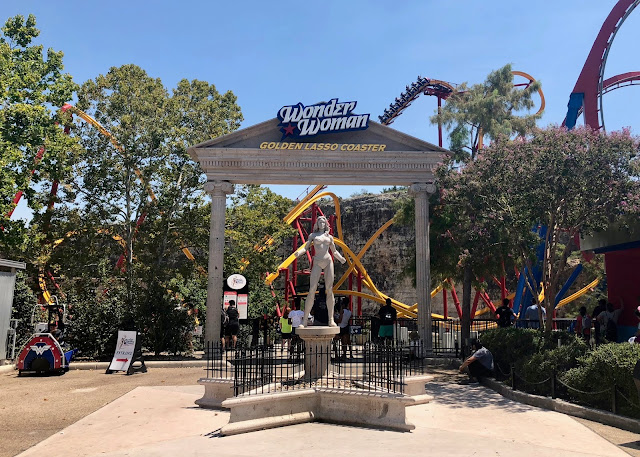 Next up: Wonder Woman Golden Lasso Coaster, the park's 2018 addition. 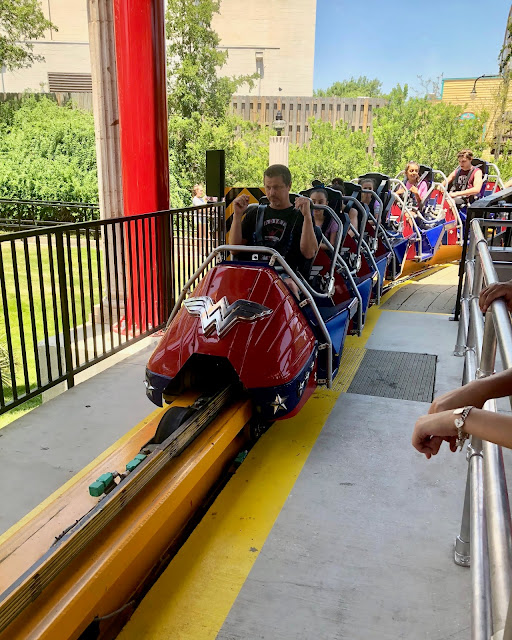 This was the world's first single rail coaster, and it truly feels like nothing else I've ever ridden. Riders sit in-line and straddle the track, which is tiny compared to most coasters. 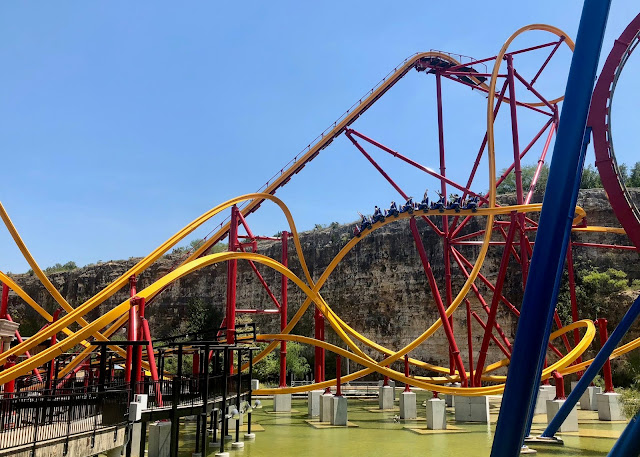 If you enjoy the crazy pacing and ejector airtime that coasters by Rocky Mountain Construction provide, you will love this ride. It takes a typical RMC and turns it up to 11, especially in the back seat. 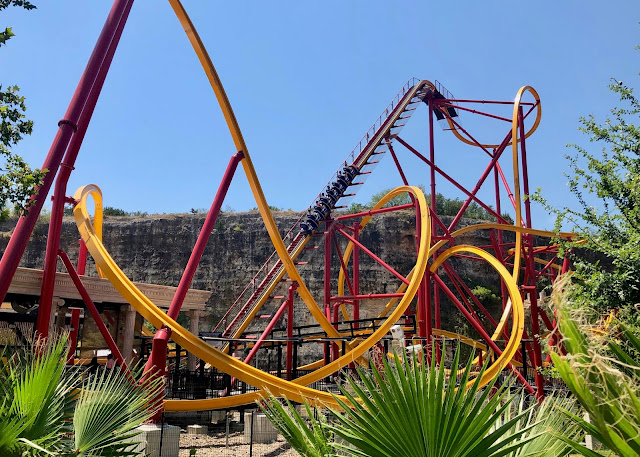 If there is one downside to this coaster, it's that the ride time is pretty short...although it is very intense for its entire duration. 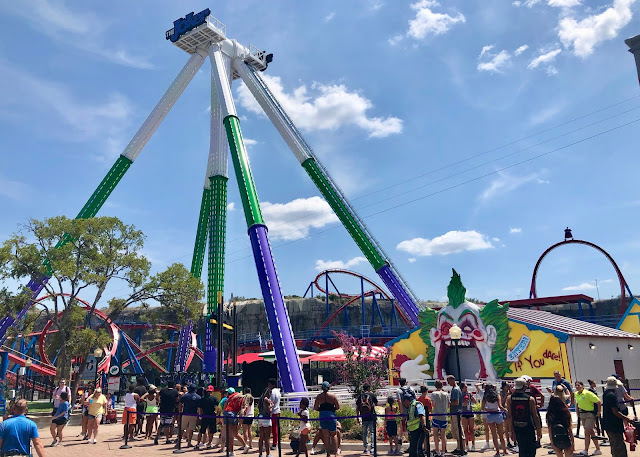 Let's move on to the park's other new-for-2019 ride: The Joker Carnival of Chaos. This massive frisbee/pendulum ride replaced an old and busted Huss Top Spin, and it is quite an upgrade. Although this is far from the only massive frisbee ride out there, Joker is sets itself apart by making victims - er, riders - walk though a mini fun house/scare maze before boarding the ride. 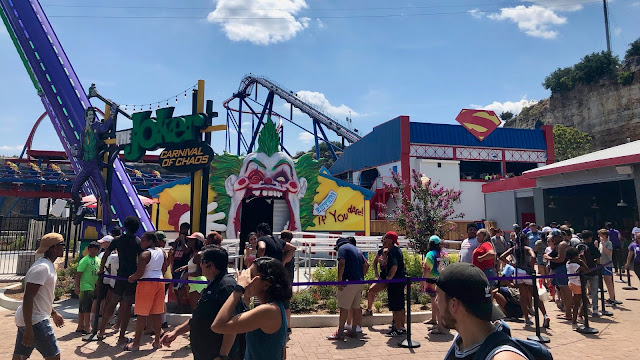 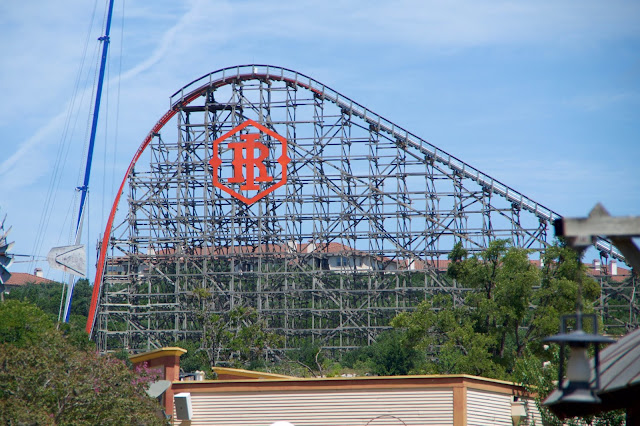 I would be remiss to not mention the awesome Iron Rattler in this report. Unfortunately, this RMC hybrid coaster was non-operational all day during my entire most recent visit. I've ridden in before, though, and it is a great ride that is not to be missed.

Just look at that drop! 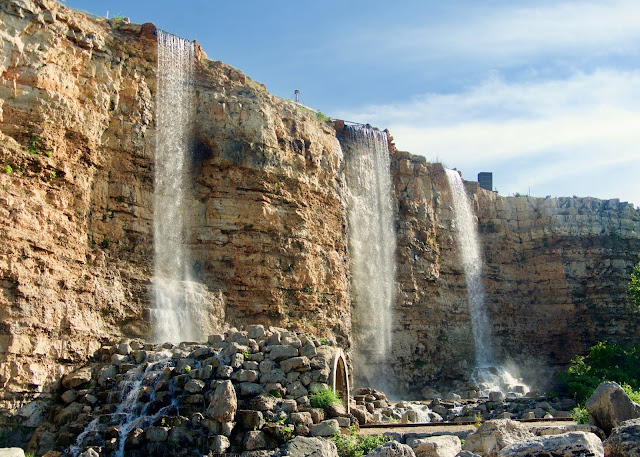 That's going to do it for this report from Six Flags Fiesta Texas, a great park with an amazing setting. There is much more to see and do at the park, but I hope you enjoyed coverage of some of the newer rides and highlights from our visit! Be sure to "LIKE" our Facebook page to get Breaking News Updates and Exclusive Content delivered straight to your newsfeed! Facebook.com/ThemeParkOverload My name's Harris, and thanks for reading!
Location: 17000 W IH 10, San Antonio, TX 78257, USA
Harris Lanum
Harris Lanum is an undergraduate student at UCLA, studying Civil Engineering. A SoCal native, Harris has grown up visiting theme parks and plans to pursue a career in the amusement industry.