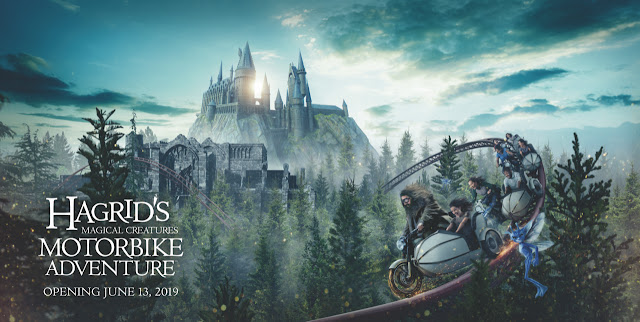 Universal Orlando Resort has officially announced 'Hagrid's Magical Creatures Motorbike Adventure', an all-new coaster for Island of Adventure's Hogsmeade section of the park. This new addition will be the first Wizarding World of Harry Potter attraction themed to Hagrid, and will include ride vehicles modeled after his signature motorbike from the franchise. Riders will fly far beyond the grounds of Hogwarts castle and encounter some of the Wizarding World's rarest magical creatures along the way. This new ride is replacing the previous 'Dragon Challenge' attraction, which featured two high-speed inverted coasters that were intertwined with one another.


That's all for now from Theme Park Overload! Make sure to "LIKE" our Facebook page to get Breaking News Updates and Exclusive Content delivered straight to your newsfeed! Facebook.com/ThemeParkOverload My name's Nicholous, and Thanks for Reading!
Location: 6000 Universal Blvd, Orlando, FL 32819, USA