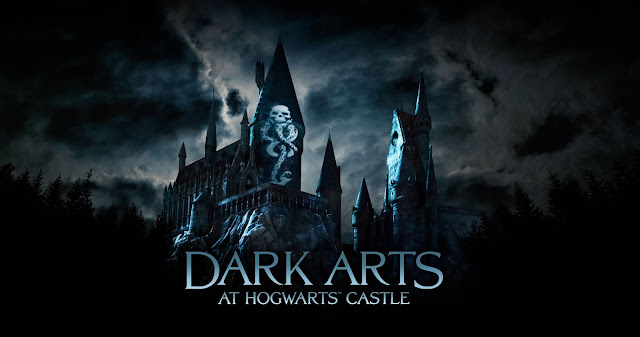 Universal Studios Hollywood and Universal Orlando Resort have both announced the all new "Dark Arts at Hogwarts Castle" projection show for their respective "Hogsmeades" at The Wizarding World of Harry Potter! The new nighttime experience will feature an original storyline with special effects, surround sound, and immersive images that are projected onto Hogwarts Castle itself. This show will feature a more dark and frightening tone compared to previous projection shows that Universal has showcased on the castles. "Lord Voldemort, Dementors, Death Eaters and other unspeakable creatures from Aragog" from the Harry Potter franchise will all be included in this new nighttime experience.

"Dark Arts at Hogwarts Castle" will run April 13-28, 2019 and again on May 25-27, 2019 at Universal Studios Hollywood. Universal Orlando Resort's show dates have not been announced yet, but their version will run later this year.

That's all for now from Theme Park Overload! Make sure to "LIKE" our Facebook page to get Breaking News Updates and Exclusive Content delivered straight to your newsfeed! Facebook.com/ThemeParkOverload My name's Nicholous, and Thanks for Reading!