August 13, 2018
Today we head to Hershey, PA to visit the sweetest theme park on Earth! We take a final look at Reese's Xtreme Cup Challenge (Which is being transformed into Reese's Cupfusion for 2019), the new Breakers Edge Water Coaster and Whitecap Racer, and more! 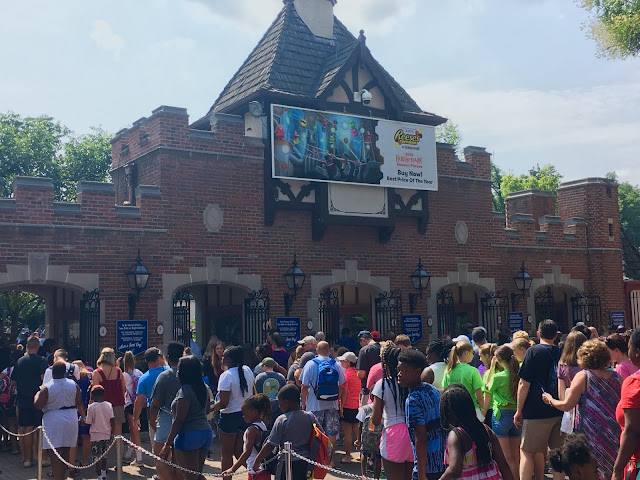 Even though it was a weekday, the park was packed! Guests are likely trying to get one last Summer visit in before school resumes. 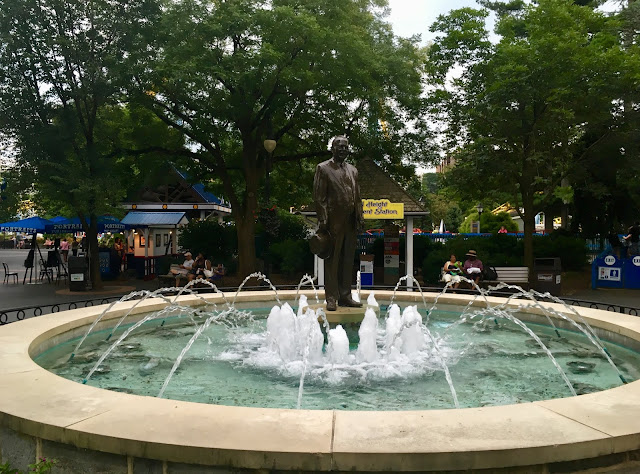 Despite extreme flooding two weeks back that caused park-wide closures, Hersheypark has rebounded nicely. Great Bear was the only major attraction closed during our visit. 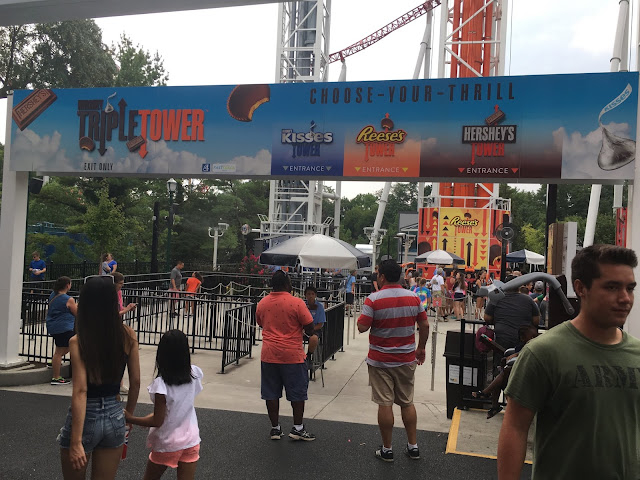 All three of the Triple Towers have also reopened after an extended closure. 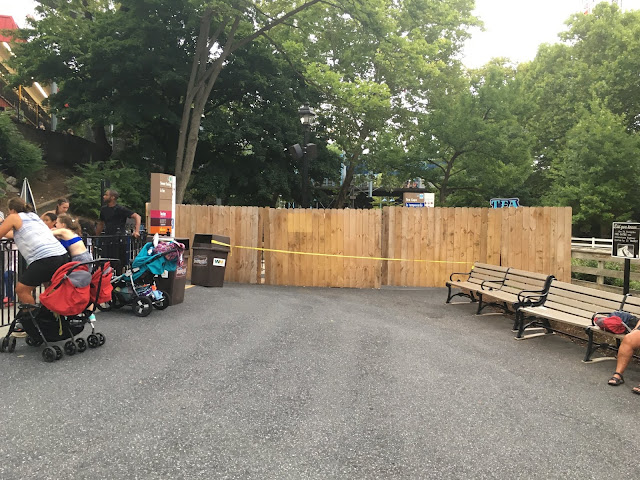 Over in The Hollow, the Tea Cups attraction has been boarded up. 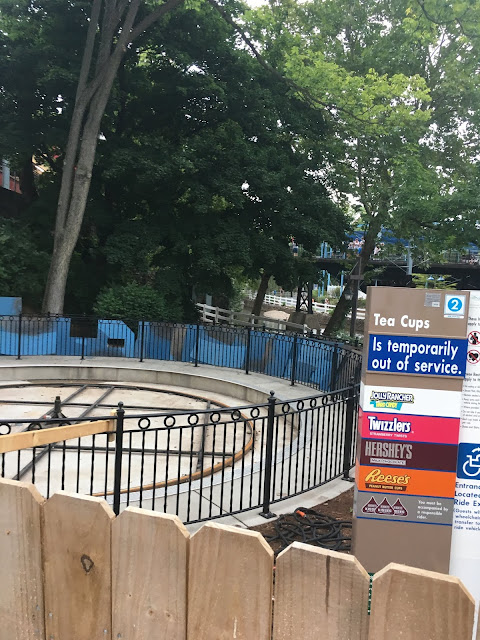 The flat ride has been completely disassembled and is undergoing a refurbishment. Hopefully tit will be up and running again soon! 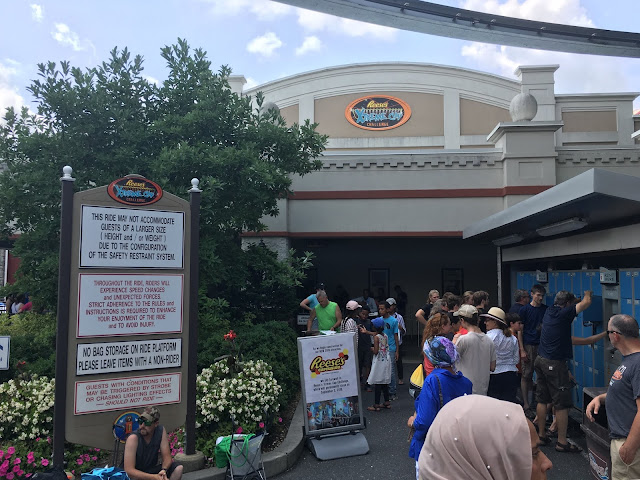 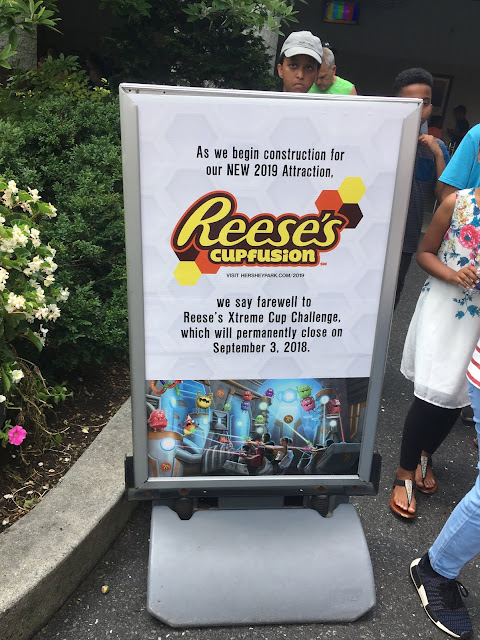 This existing dark ride attraction will undergo a complete reimagining, and reopen next year as Reese's Cupfusion. Riders will be enlisted to help Commander Cup protect the "Reese's Spirit" that is under attack by enemy candies, and will be armed with "Amplifiers" to shoot targets and score points. The folks over at Sally Corporation will return for this overhaul, along with some help from Raven Sun Creative on the design elements. 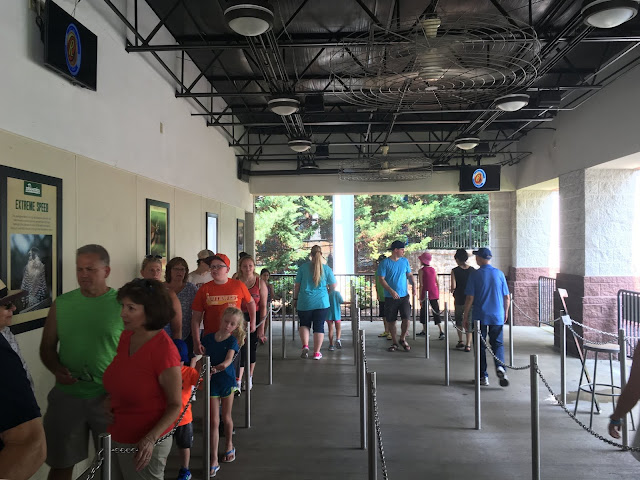 The existing queue line is especially bland, and will hopefully be spruced up with the overhaul! 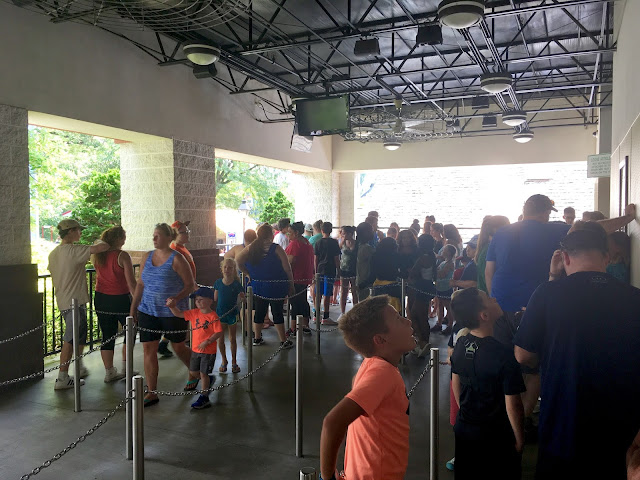 Actually, virtually any theming elements will improve this area! 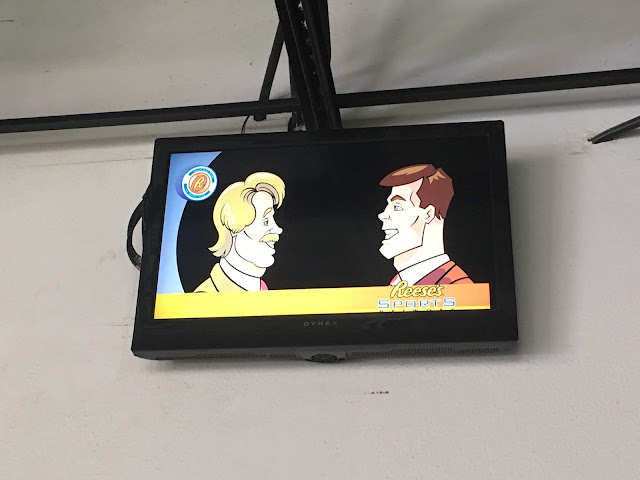 There are a handful of tiny TVs that explain the existing ride's storyline, but that's about it. 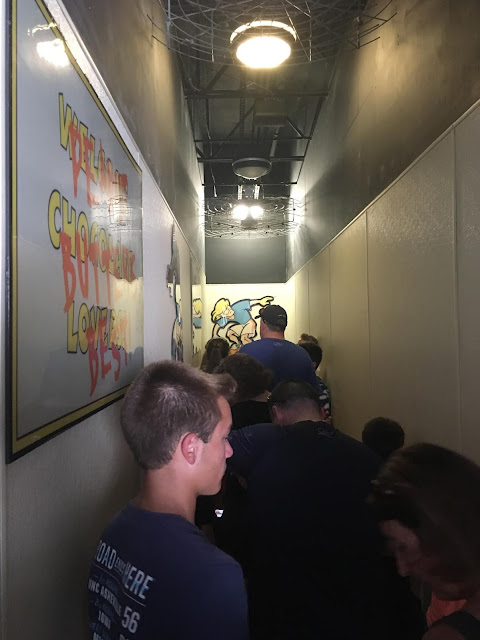 After the outdoor section, the queue line continues in this short hallway. 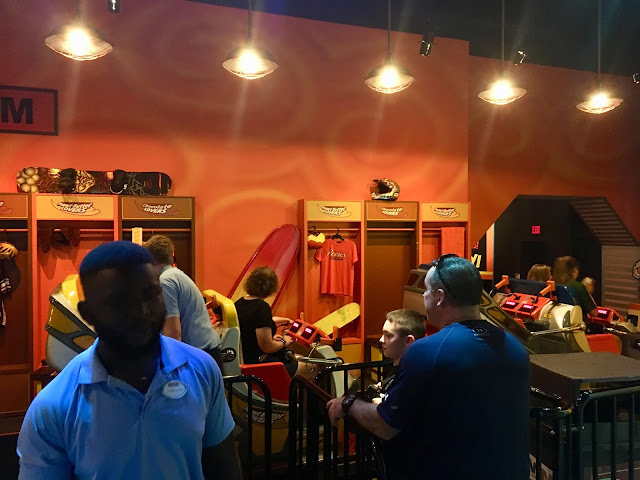 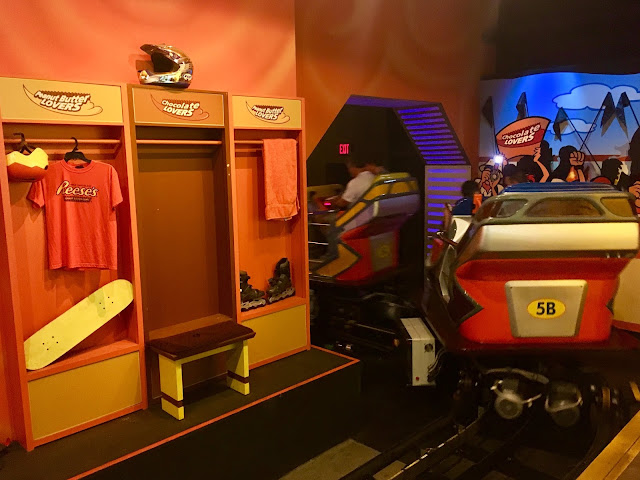 The existing ride has a fairly intricate track system that is more akin to coaster track. The new track system is expected to be modernized and capable of more intricate movements, which will breathe new life into this building! 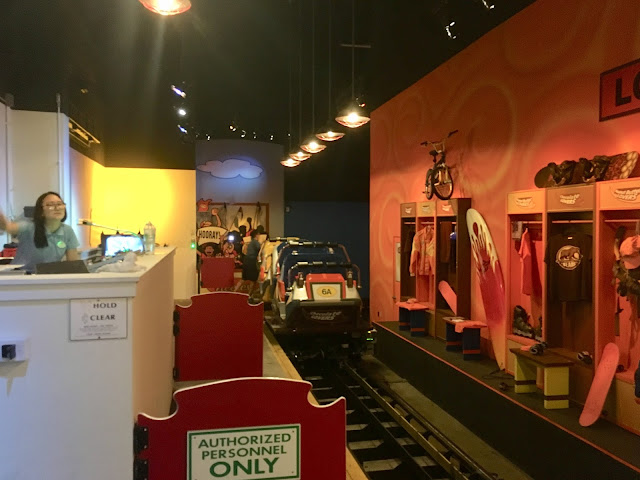 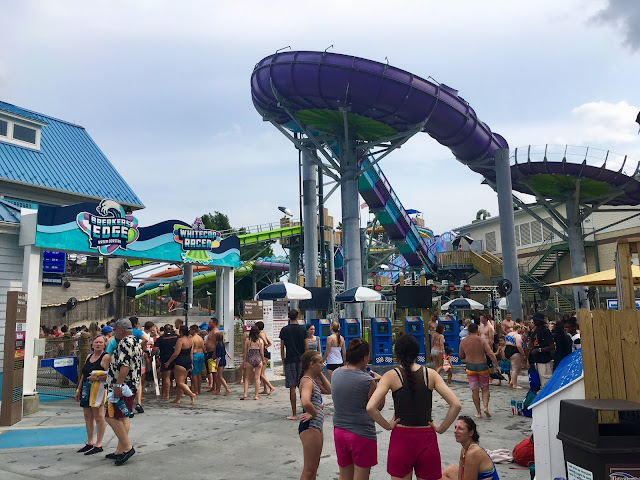 Over in the Boardwalk, the new Breakers Edge Water Coaster and Whitecap Racers attractions both sustained long lines throughout the day. 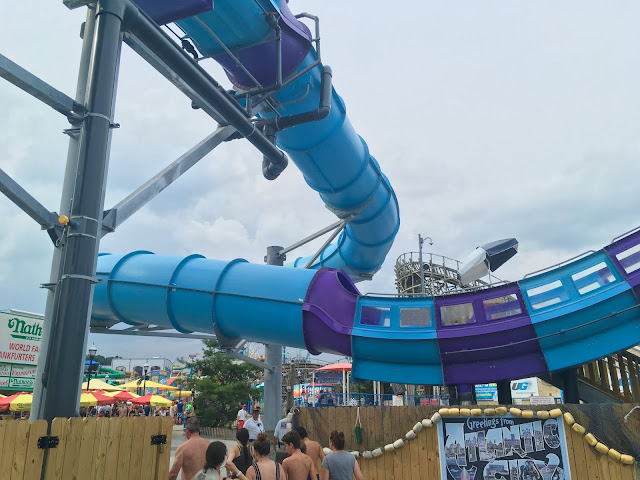 Breakers Edge has a thrilling layout packed with enclosed tunnels and roundabout turns! 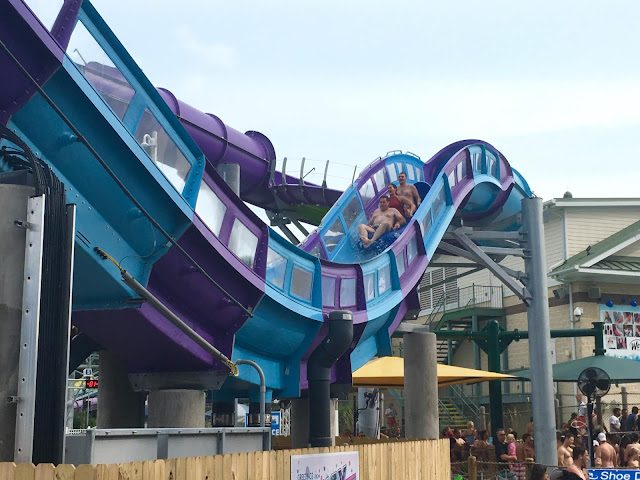 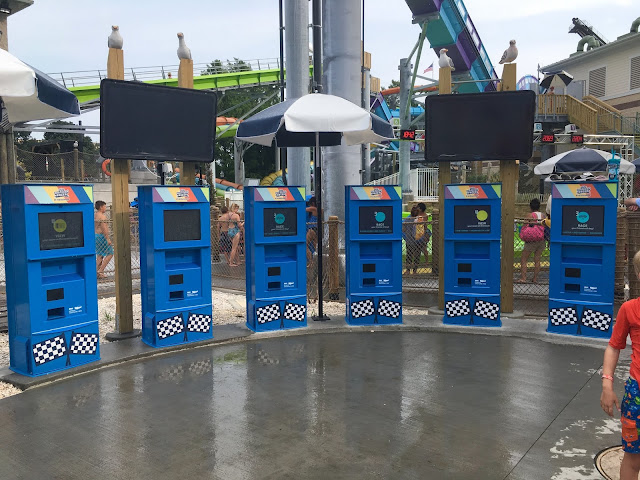 Whitecap Racers also has a unique digital feature that allows riders to claim their race times on these kiosks... 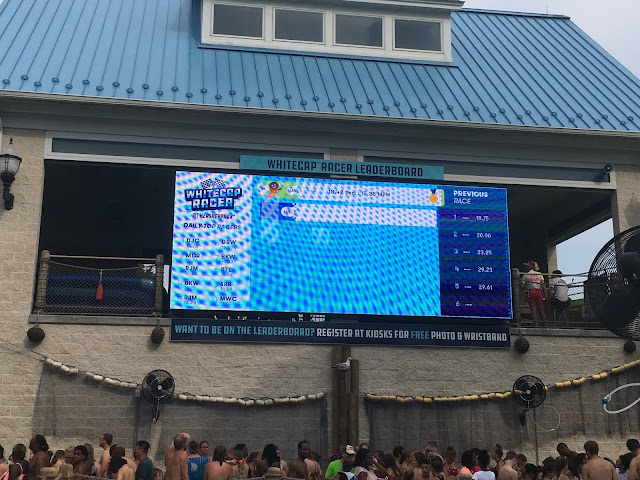 ...Different race times then get showcased on this giant display above the queue line. Fun details like these are what really differentiates Hersheypark from the competition...well done!

That's all for now from Theme Park Overload! Make sure to "Like" our Facebook page to get the latest updates from all of your favorite parks delivered straight to your newsfeed! Facebook.com/ThemeParkOverload My name's Nicholous, and Thanks for Reading!
Location: 100 Hersheypark Dr, Hershey, PA 17033, USA
Nicholous Mirgoli
Nicholous Mirgoli is currently an undergraduate student at UCLA majoring in Economics and minoring in Urban and Regional Studies. He is actively pursuing a professional career in the Entertainment industry.