April 29, 2018
It's finally Spring, and that means it's time for another visit to the Disneyland Resort! The whole property is bustling with new park experiences and active construction sites! Today we'll take a look at the new Pixar Fest activities, construction progress for Pixar Pier and Galaxy's Edge, Downtown Disney, and more! 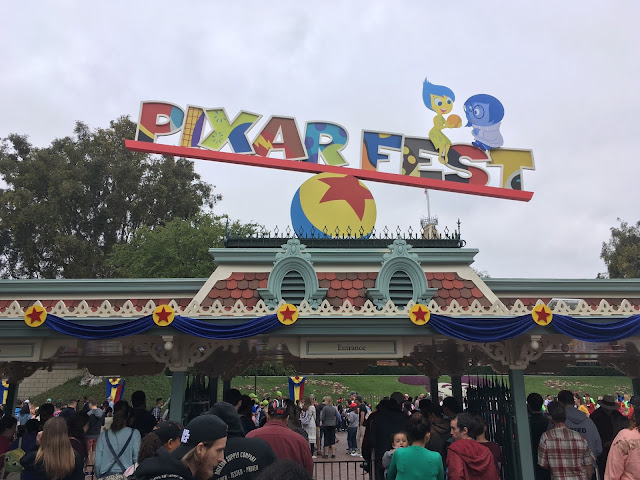 Pixar Fest is now underway at the resort, which means that Pixar fans will have something to hold them over until Pixar Pier officially opens on June 23 (More on that in a bit). 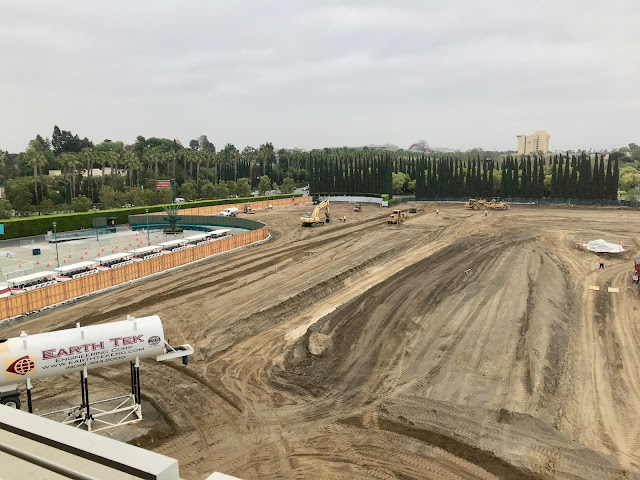 But first, let's head outside the parks to the Mickey and Friends parking structure. Construction on the new 6,500 space parking structure next door, located on the former Pinocchio surface lot, is well underway. 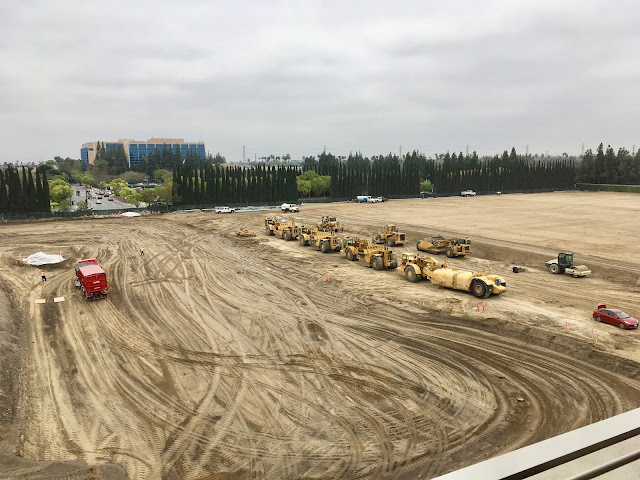 This new structure will bring the extra capacity needed for when Star Wars: Galaxy Edge arrives next year. There is just over a year until the land opens, so we should see vertical construction begin soon. 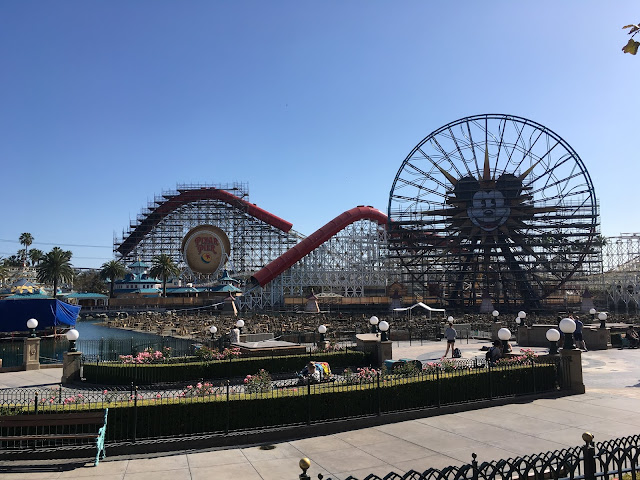 Moving on to California Adventure, construction crews are working hard to get Pixar Pier ready for June 23! 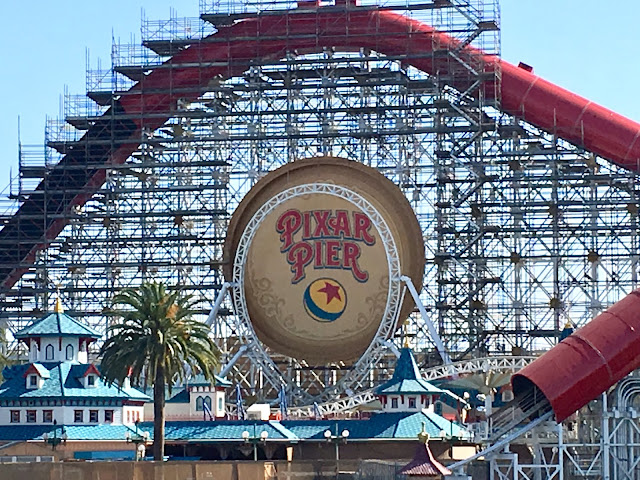 The painted Sun icon has already been replaced with a Pixar Pier mural. 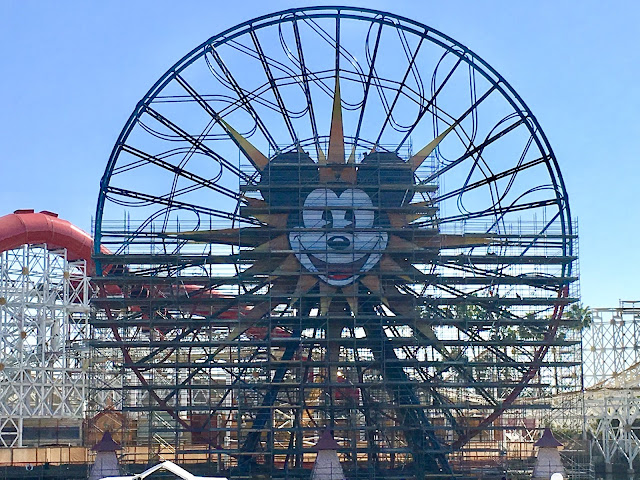 The painting process is ongoing, as the wheel is currently receiving a new blue paint job. The park is also painting the existing ride carts, and they will now showcase various Pixar characters on their exteriors. 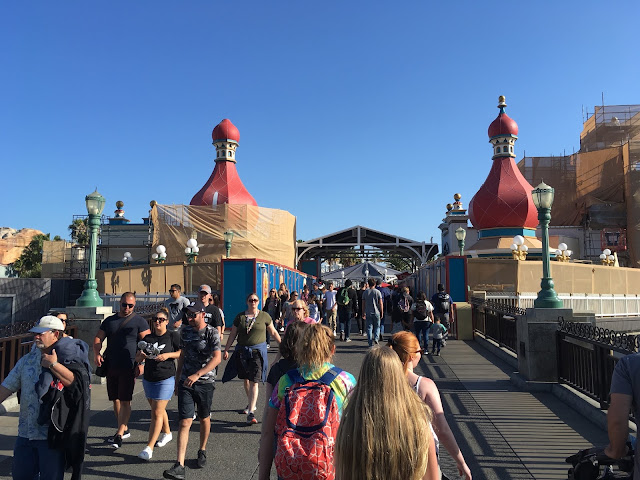 Despite all the construction mayhem, Toy Story Midway Mania is still open for park guests to enjoy. 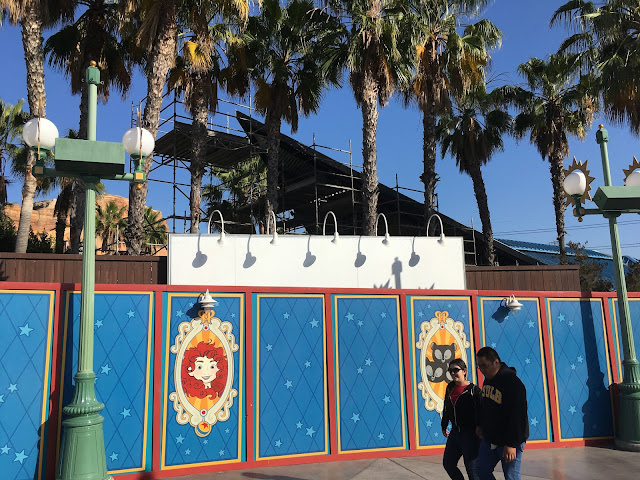 ...This means that we can get a better look at construction! 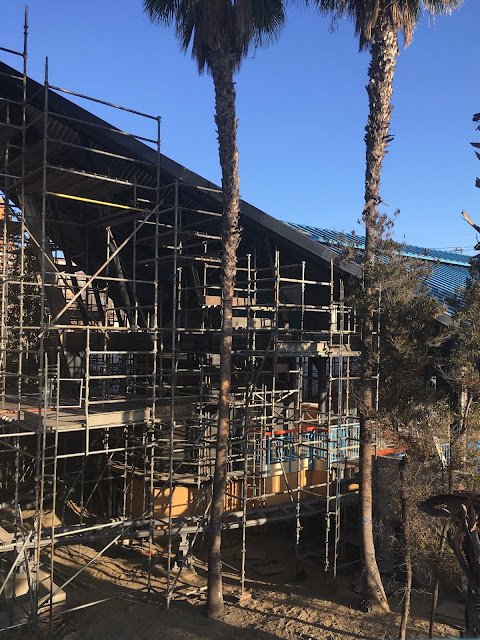 Peeking behind the barrier, the Incredicoaster's newly-designed station is still being worked on. Much of the existing California Screamin' loading station appears to be left intact. 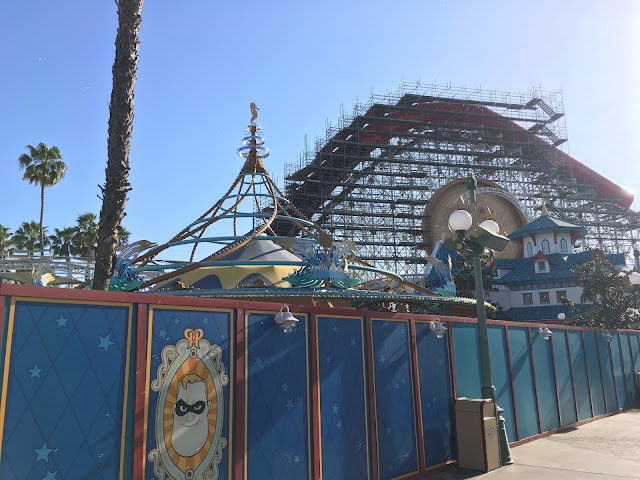 The existing King Triton's carousel looks untouched at the moment. This isn't surprising, as the new Jessie's Critter Carousel re-imagining will open in phase two during 2019 after the initial opening this June. 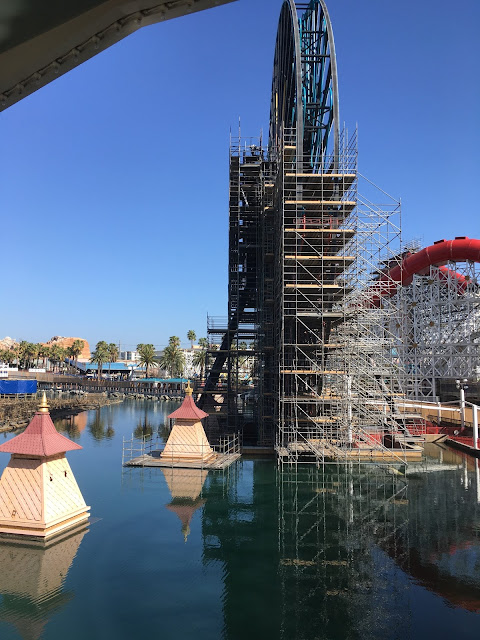 From a different angle, you can get a better look at all of the scaffolding needed for the construction crews. Their hard work will be revealed soon! 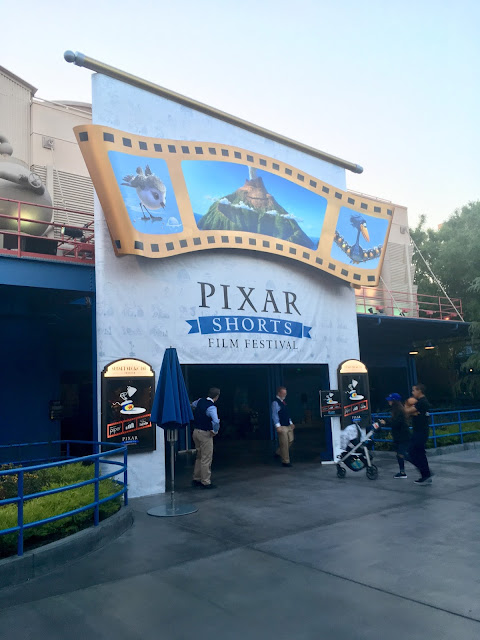 Elsewhere in the park, the Sunset Showcase Theater is playing Pixar Short Films throughout the day to celebrate Pixar Fest. 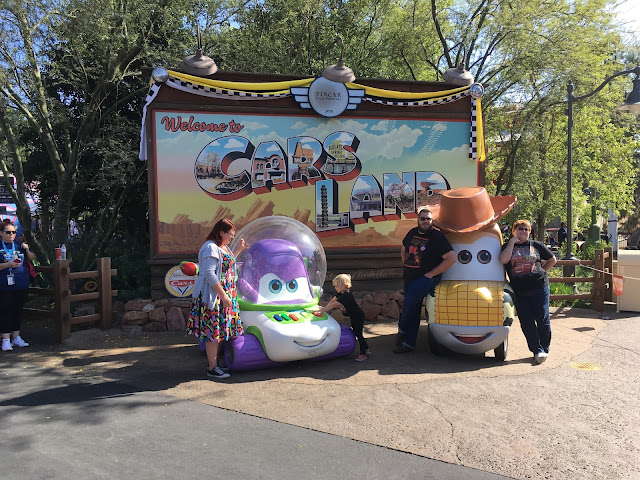 Some Toy Story inspired cars are joining in on the fun too, and are propped next to the Cars Land photo op. 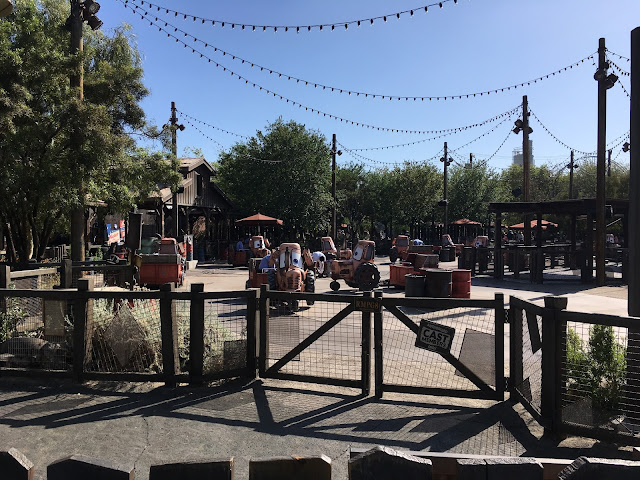 Just down Route 66, Mater’s Junkyard Jamboree is currently receiving some TLC from the maintenance team. 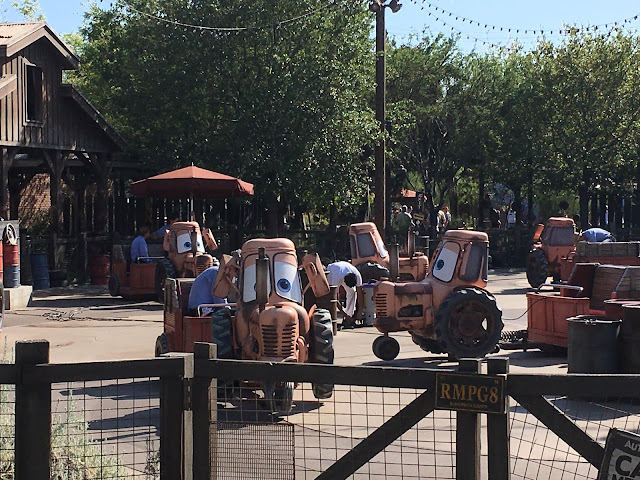 The jamboree will resume soon! 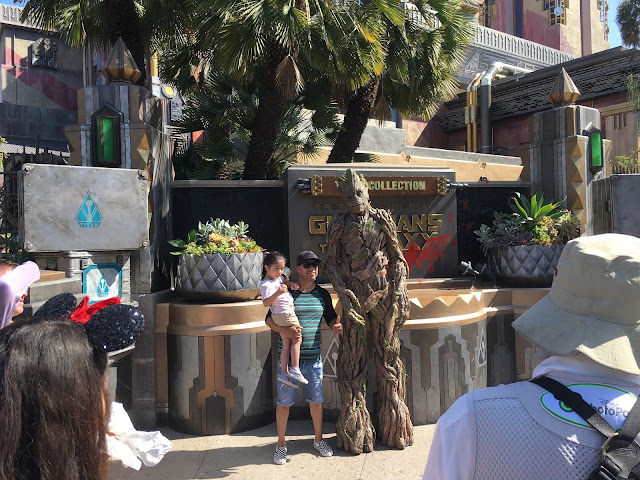 Groot was meeting guests outside of Mission Breakout today. His costume is very detailed and realistic, and worth taking a moment to admire if you see him in the park. 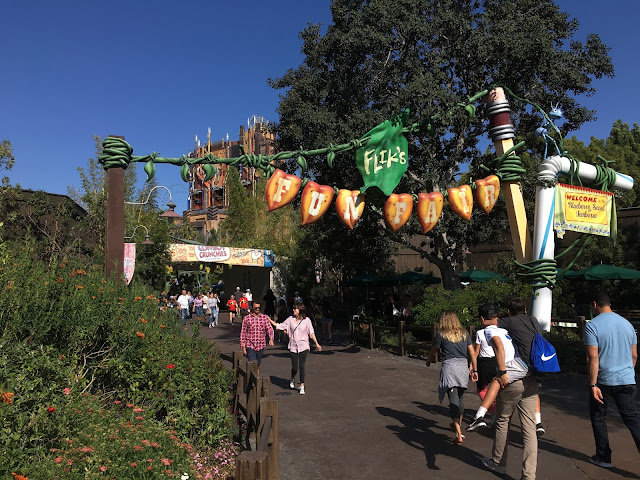 Stepping back, this shot of A Bug’s Land with Mission Breakout lurking in the background now represents a lot more. Disney recently announced that a new Marvel-themed Super Hero Land will be overtaking A Bug’s Land in the near future, and Mission Breakout will serve as the area's anchor. This will be a welcome addition, as this lackluster kids' area just didn’t live up to the Disney standard. 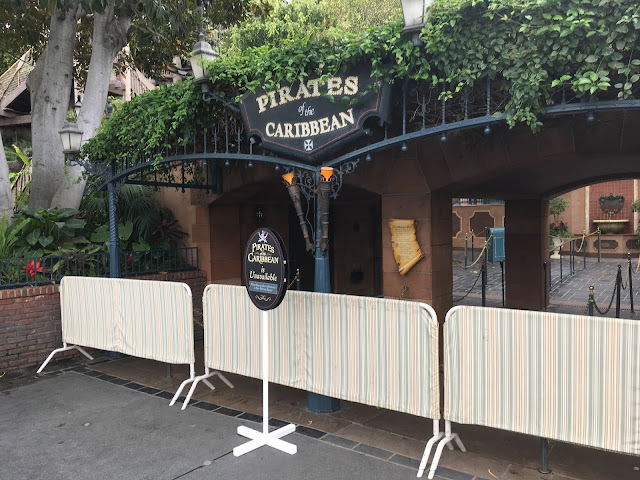 Hopping over to Disneyland, Pirates of the Caribbean just closed earlier this week for the transition of the "Redhead Auction Scene" and general refurbishment. It will reopen later this summer with its updated scene. 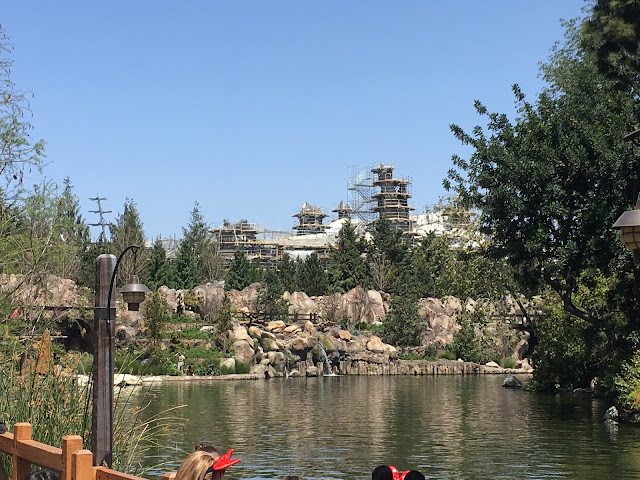 Construction for Galaxy’s Edge is looking good! Disney always does a great job of “beautifully” disguising and blocking any active construction for park guests, but this project is just too big to hide! 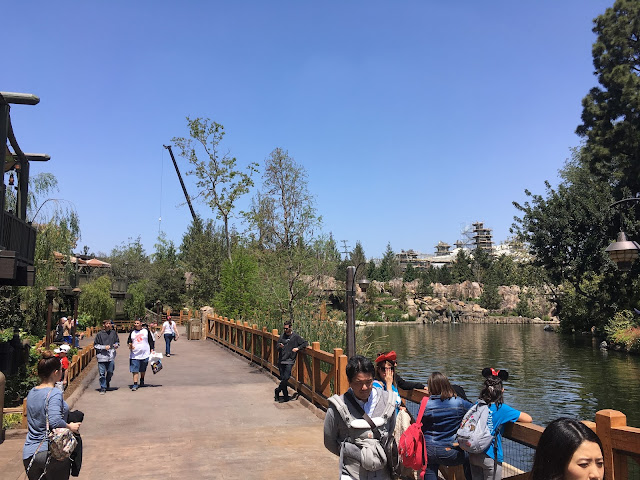 The rock work that makes up Galaxy Edge’s skyline is getting massive, and feels similar to the size and scale of Pandora’s floating mountains at Disney's Animal Kingdom park. 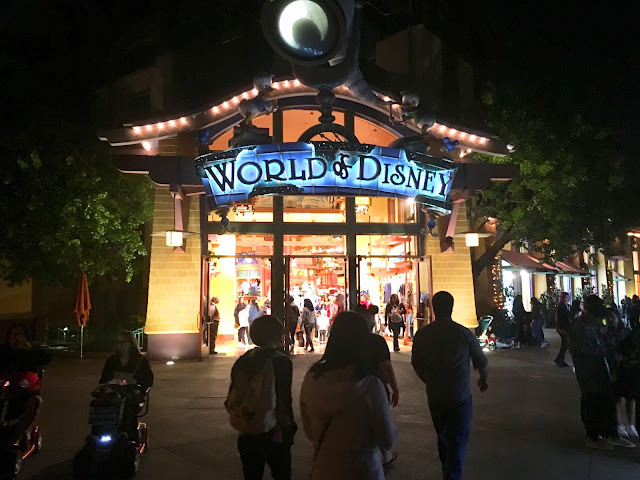 And finally, the World of Disney store in Downtown Disney is partially closed down due to refurbushment. 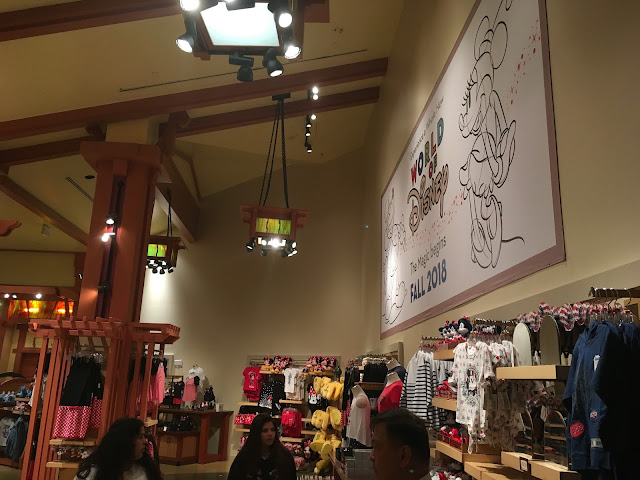 The store is being "re-imagined" into a new shopping experience in phases, which allows the store to remain partially open. It'll be fun to see what tricks Disney has up its sleeves with this one!

That's all for now from Theme Park Overload! Make sure to "Like" our Facebook Page to get Breaking News Alerts and Exclusive Content delivered straight to your newsfeed! Facebook.com/ThemeParkOverload My name's Nicholous, and Thanks for Reading!
Location: 1313 Disneyland Dr, Anaheim, CA 92802, USA