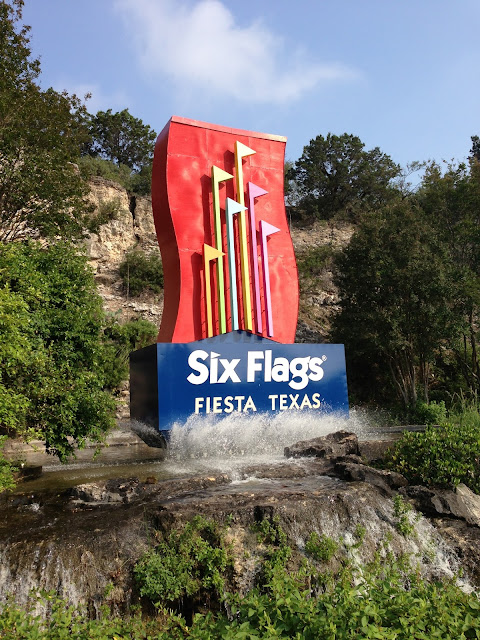 Six Flags Fiesta Texas has announced that their "Scooby-Doo Ghostblasters" ride will be closing forever. This family-friendly attraction originally opened in 2002, and was a classic shooter-style dark ride from manufacture Sally Corporation. Park visitors have until the last day of the park's operating season on January 7, 2018 to get their final rides in.

Though details have been scarce, Facebook posts by park president Jeffrey Siebert have confirmed that a brand new attraction will be replacing Scooby-Doo next season. The ride will open Memorial Day Weekend 2018, and be a new family-friendly attraction. No Virtual Reality elements will be used, and the ride's storyline will be centered around some type of "Epic Battle". The photo above is the sole piece of promotional material that has been released thus far, and it appears that the new ride will be ship/pirate themed.

We will continue to follow developments from this secret new attraction coming to Six Flags Fiesta Texas in 2018, along with the park's new record-breaking Wonder Woman coaster! That's all for now from Theme Park Overload. Make sure to "Like" our Facebook Page to get Breaking News updates delivered straight to your newsfeed! Facebook.com/ThemeParkOverload My name's Nicholous, and Thanks for Reading!
Location: 17000 IH-10 West, San Antonio, TX 78257, USA