September 21, 2017
Today we head to Six Flags Magic Mountain to see what's new all around the park. We check out the park's transformation for Fright Fest 2017, the construction site for the park's new 2018 ride Crazanity, and more! 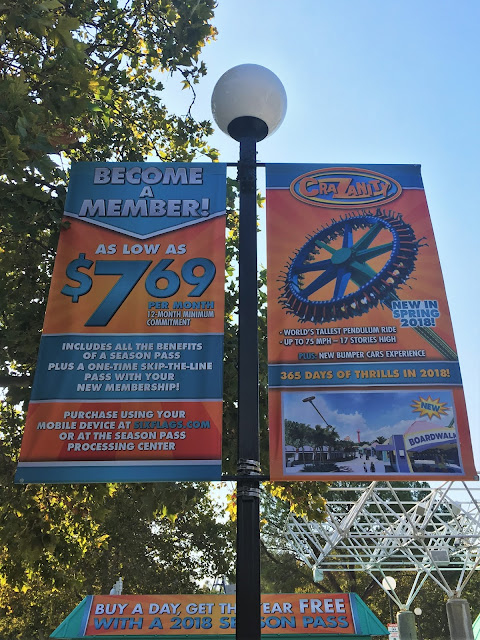 Promotional banners are already hanging high in the park for the park's new 2018 attraction: Crazanity! 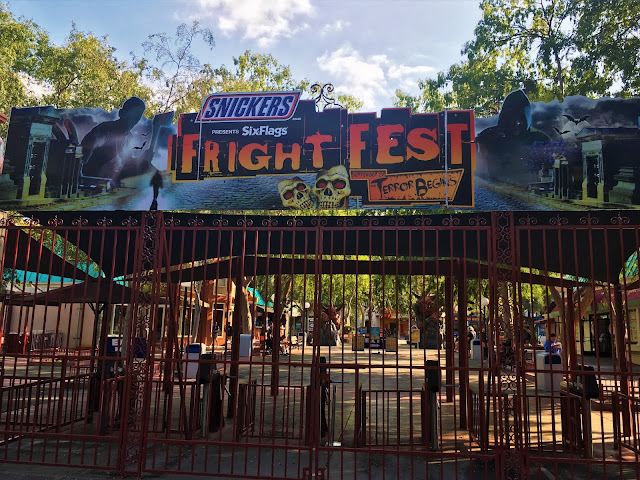 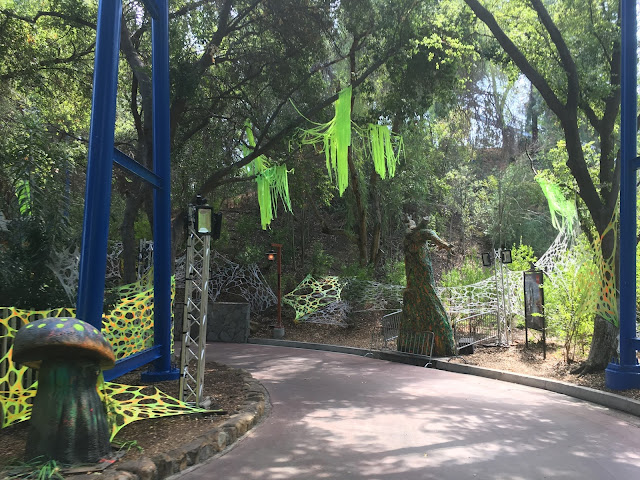 The park appears to have added new decorations to existing pathways and scare zones, which is great to see. 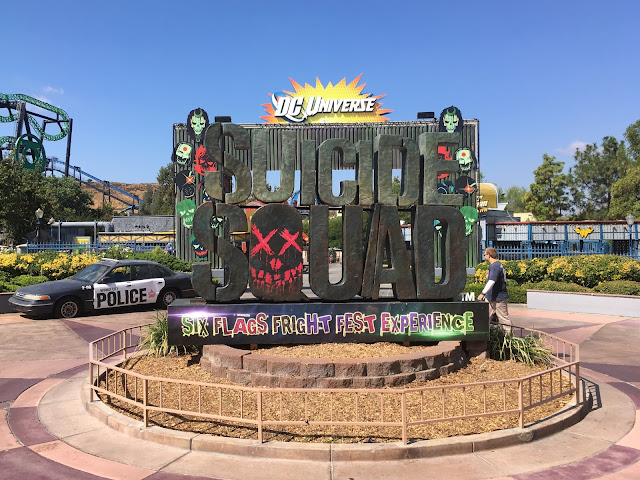 The Suicide Squad takeover in DC Universe is being heavily promoted, as it seems the park is trying to market it as a unique experience in the highly competitive SoCal halloween event market. 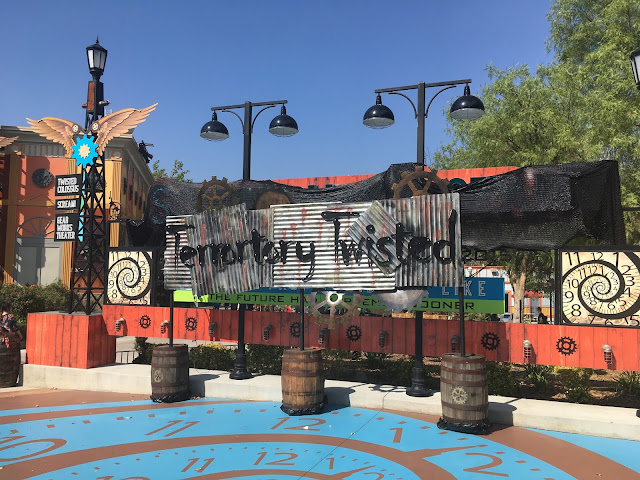 TERRORtory Twisted has taken over the Steampunk district! 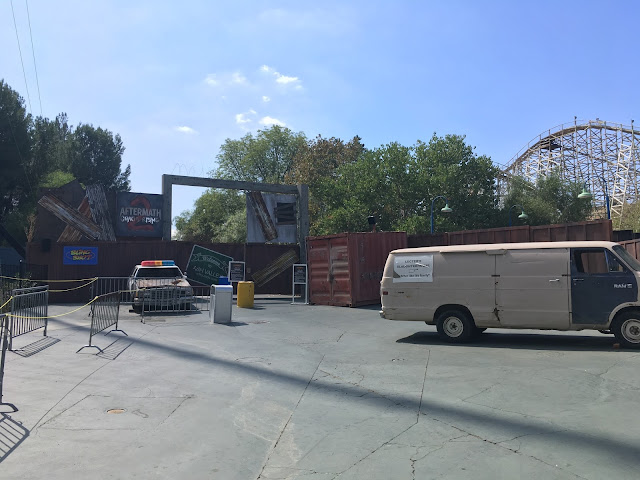 The recently relocated Aftermath maze is ready for business this weekend! 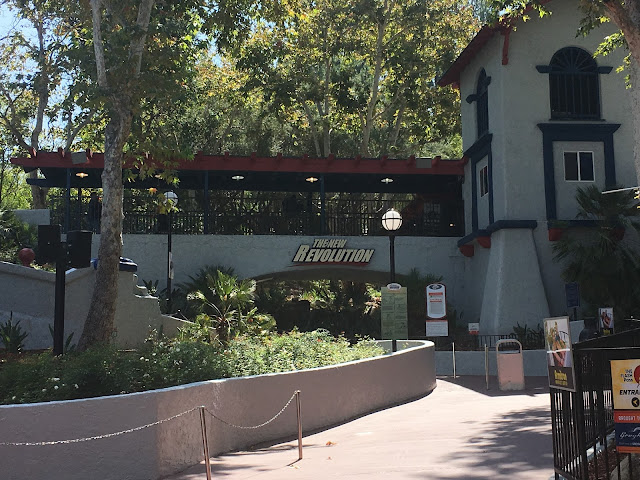 The New Revolution is still running in "Classic" version (No VR Headsets) while the special Rage of the Gargoyle experience is prepped for Fright Fest. 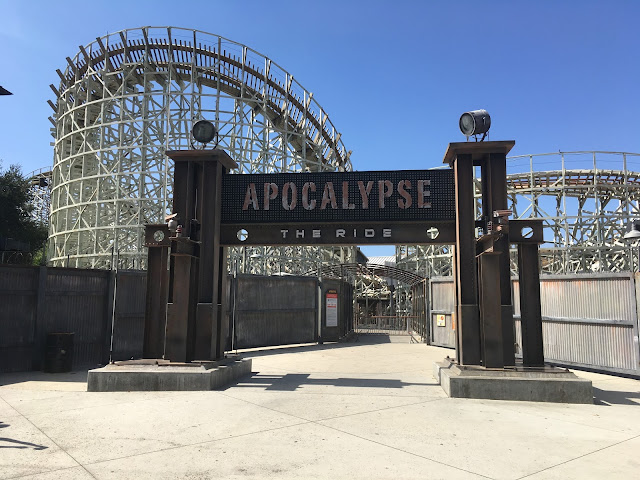 Apocalypse recently reopened this past Saturday, but still sat closed in the morning until it reopened later in the afternoon. 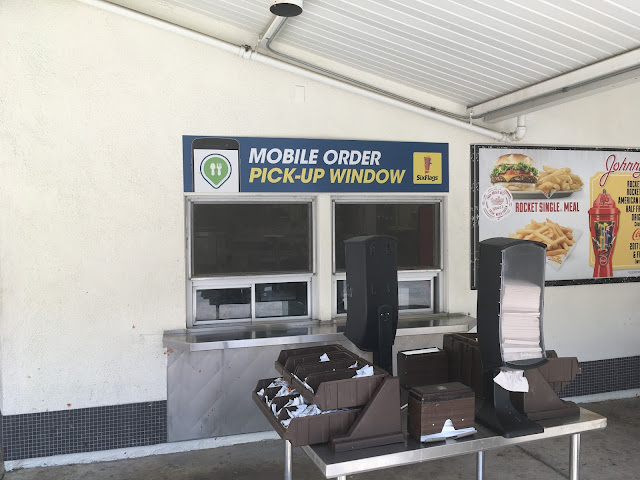 Mobile ordering for food purchases is expanding, and now can be found at Johnny Rockets in the Boardwalk section of the park! 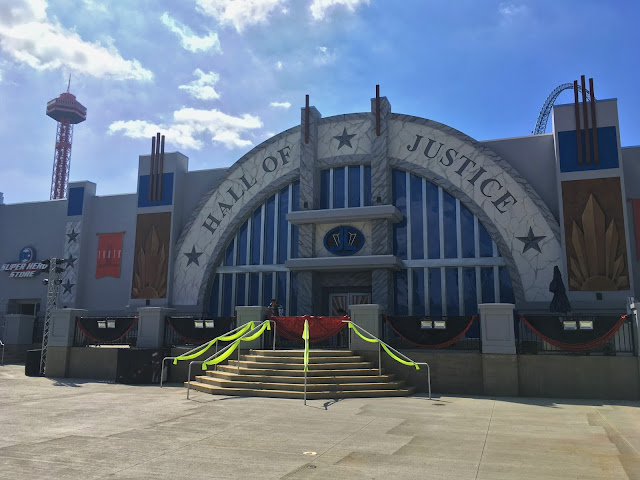 Justice League was running alright today. The fire effect worked intermittently during the couple of rides I took today, but everything else was doing well. The park's maintenance crews, who are used to roller coaster maintenance, likely face a learning curve with the upkeep of a sophisticated dark ride like JL. Let's hope this fantastic ride stays in its great shape! 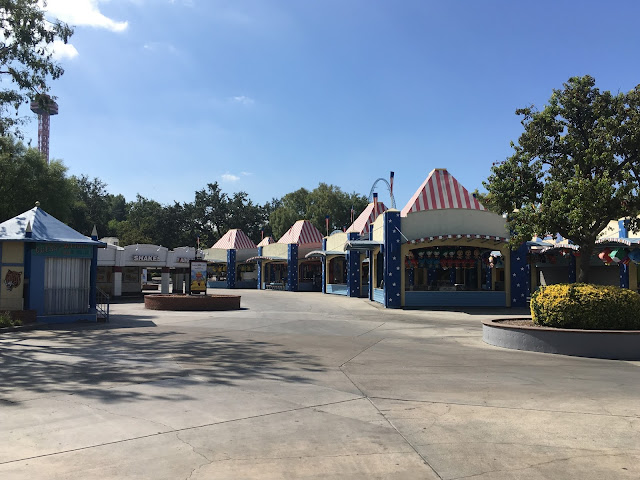 Moving on to the new for 2018 Crazanity attraction, this view will start to be transformed in the coming months. For comparison, here is a rendering from the park. Along with the new Crazanity pendulum ride, the entire Boardwalk section and attractions are promised to be enhanced and revitalized. 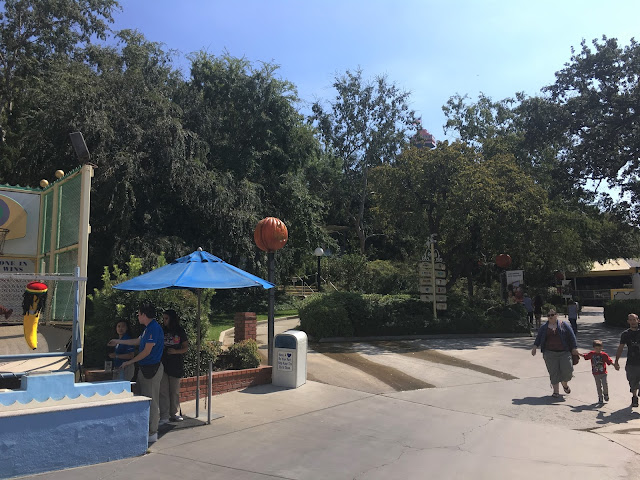 The ride will be going here, in the center of this photo by the stairs. 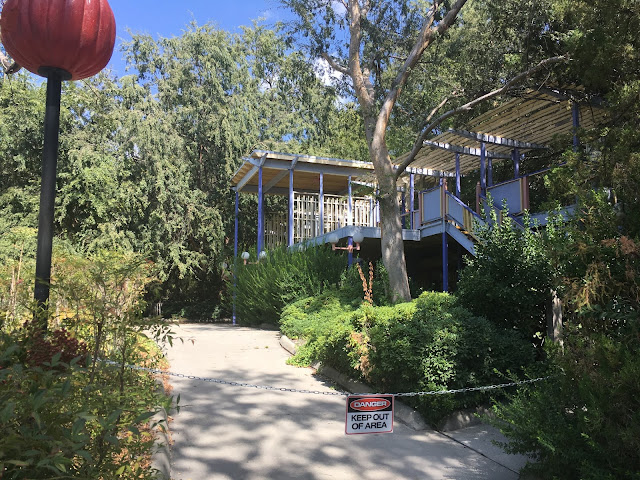 Getting closer, I have been told that this old metro station will be knocked down and cleared for Crazanity. 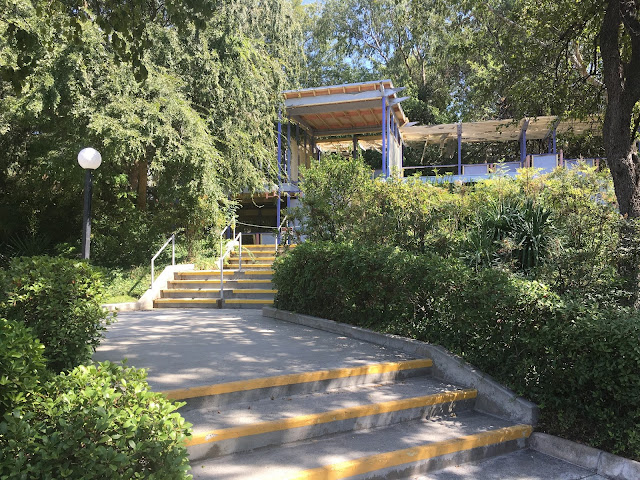 Whether or not these existing stairs and infrastructure will be used is unknown. 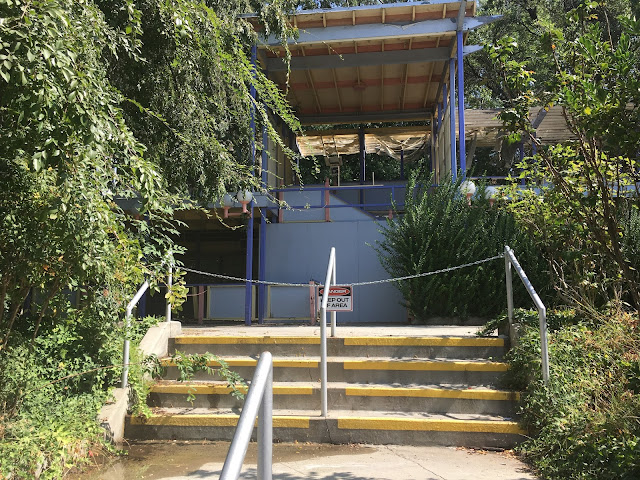 I'm sure we'll see the construction walls come up soon promoting Crazanity, but these chains will have to do for now! 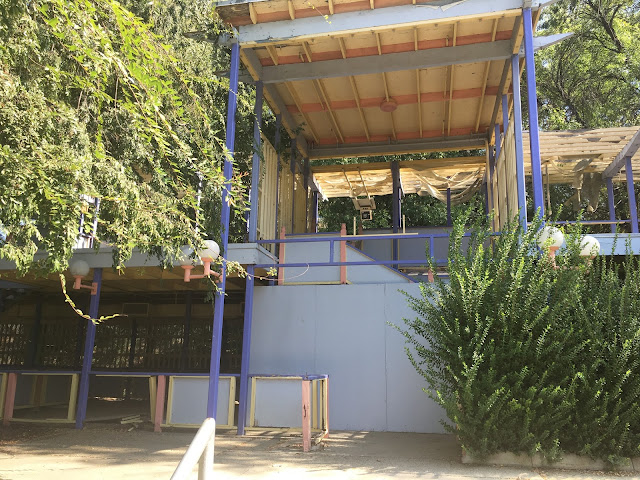 This new flat ride is a pretty short and small construction project compared to others the park has had, so we probably won't see construction crews getting serious for a little while.
Location: 26101 Magic Mountain Pkwy, Valencia, CA 91355, USA