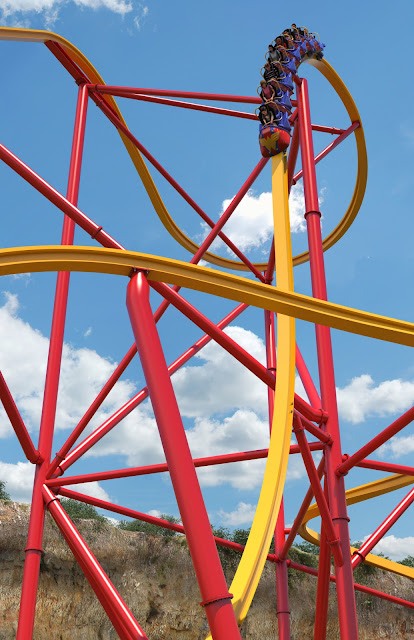 In a surprise move, Six Flags Fiesta Texas has revealed their new 2018 attraction ahead of all other Six Flags properties. As rumored, the park will debut the world's first single rail coaster: Wonder Woman Golden Lasso Coaster. 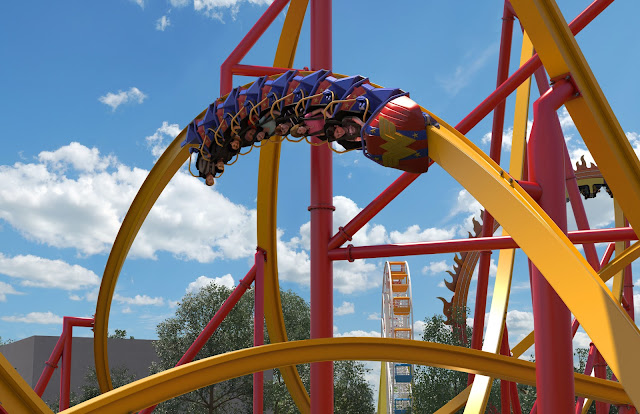 This new innovation from Rocky Mountain Construction will reach 113 feet at its highest point, and feature a vertical 90 degree first drop. Riders will hit a max speed of 52 mph, and will glide through 3 inversions throughout the ride's course. Two airtime hills, overbanked turns, a 180 degree stall, and a zero-g roll are just some of this new coaster's unique elements. Due to the single rail's width of just 15.5 inches, riders will have to sit single file in custom 8 person long trains. This new track design has promised to bring an incredibly smooth experience, as it will avoid the vibrations caused by variations in width from the two rails on traditional coasters 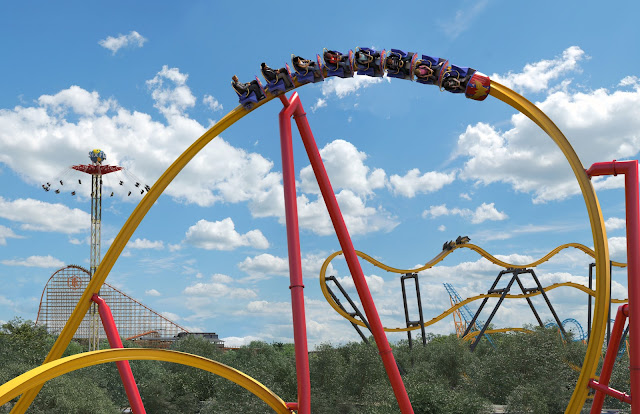 On the logistics end, the ride will have three different 8 person trains. A moving loading station (Where the train slows to a crawl in the station while previous riders exit and new riders load) will be built to help compensate for the ride's small trains. The queue line will be themed to the Wonder Woman franchise, with a "Princess Dianna in Themyscira visual storyline". Greco-Greek theming elements that incorporate Wonder Woman and Steve Trevor's crashed plane will entertain guests while waiting to ride.
Location: 17000 IH-10 West, San Antonio, TX 78257, USA