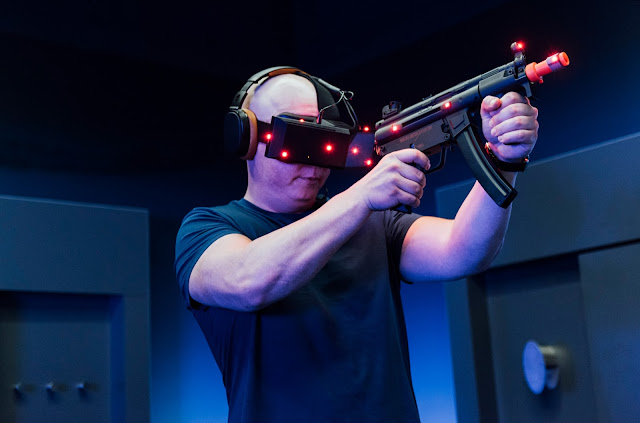 In today's special update, we head to Los Angeles to check out the latest creation from IMAX: Virtual Reality! Known for its immersive theaters, IMAX has started a new venture into the virtual reality space with the creation of its first "IMAX VR" experience in Los Angeles (A second location recently opened on the East coast in New York City).

Virtual Reality has been rapidly expanding in many different sectors, including the theme park industry. In the past year alone, numerous Six Flags, Cedar Fair, and Sea World parks have added new virtual reality experiences to both existing rides and stand-alone attractions. IMAX's innovations in this space will continue to enhance the popular technology, and may even lead to partnerships with amusement parks down the road. 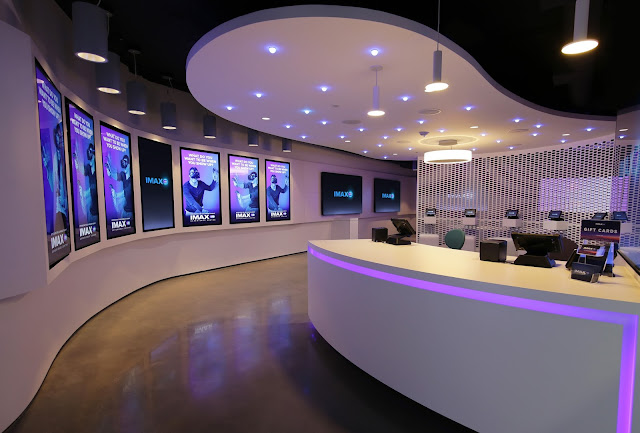 Even though it was my first visit to the center, I opted for the more advanced "Raw Data Multiplayer" game. But, don't be mistaken: This isn't some "E for Everyone" family experience (Though these experiences are also offered at the center). Raw Data is a "Rated M" violent shooting game. IMAX advertises that the game's "Action combat mechanics, sci-fi atmosphere, intuitive controls, and a darkly humorous narrative will completely immerse you within the game world". 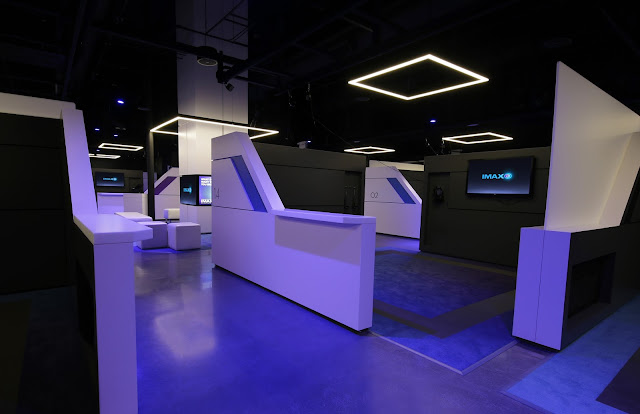 After arriving at the correct "VR Pod", I was outfitted with the VR technology by a very friendly staff member. I was given ergonomic controllers for each hand, and a slightly bulky VR Headset and headphones. After a quick calibration, the experience began.

I then found myself at the center of a futuristic war headquarters, with my curious explorations around the virtual space precisely tracked by the hardware and sensors back in the real world. In an increasingly difficult fashion to get me accustomed to the game, killer robots and drones came hurling towards me at all directions with lethal intent. Using both of my hand controllers (Which acted as pistols in the game), I shot and incapacitated the killer robots. 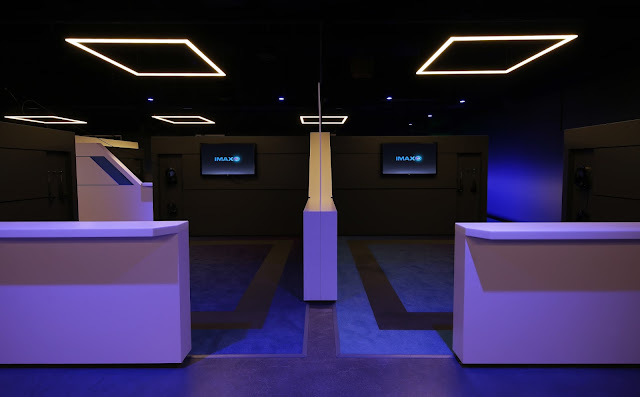 First off, the graphics on this experience are pristine. Living up to IMAX's benchmark of image quality, every image was bright and clear. The motion tracking technology was almost flawless, with one exception. Guests are able to physically walk around their virtual spaces with the small plot of floor space in the "VR Pods". When guests are about to cross the boundaries in the physical space, a virtual blue wall pops up in the game to alert guests to step back. But, during my experience, the game became stuck at certain points. After the game, the staff member told me that the sensors tracking guests' positions sometimes get stuck at certain corners for tall people (I'm 6'2"). When I was stuck, I just had to take a step back to fix the problem. Did this break the overall flow of the immersive experience? Yes, but just slightly.

The gaming aspect for this experience wasn't easy, which gamers out there will appreciate. The controls were a little complex, but this made learning how to play and developing technique rewarding. Throughout the roughly 10 minutes of game play that I experienced, I found myself fully immersed in the game.

Up until this point, I had only tried Samsung Gear VR experiences at various locations. While Samsung's gear and inclusion of their smartphones make their technology convenient and cost effective (And still quite good), it can't compete with IMAX's technology. A smartphone's screen and gyro-meters can come close, but cannot surpass, the clarity and precision of all the special sensors and hardware that IMAX has in their custom-built facility.