July 23, 2017
Today we head to California's Great America to take a look at all the latest! We check out the first day of the park's second annual Taste of Orleans event, the construction site for the park's new 2018 coaster, and more! 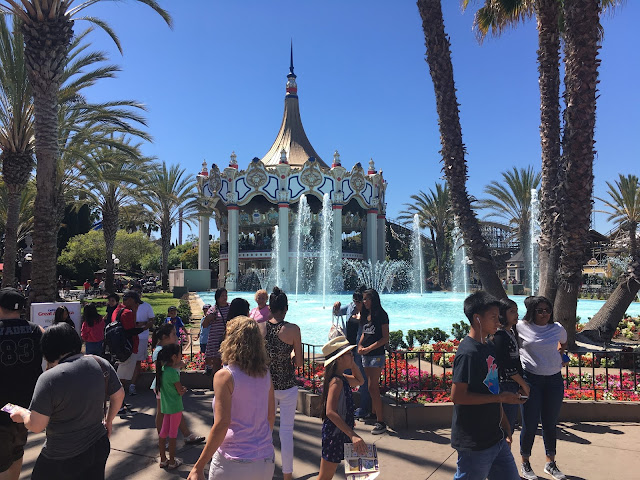 It’s a hot Saturday in July, which means Great America is packed! 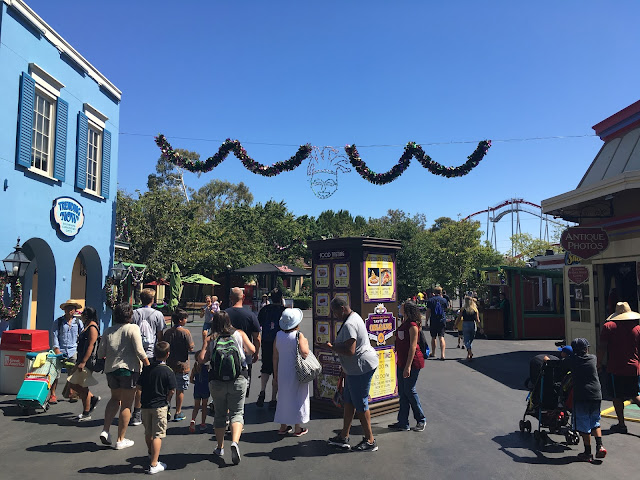 First up, let’s take a look at the park’s second annual Taste of Orleans event! 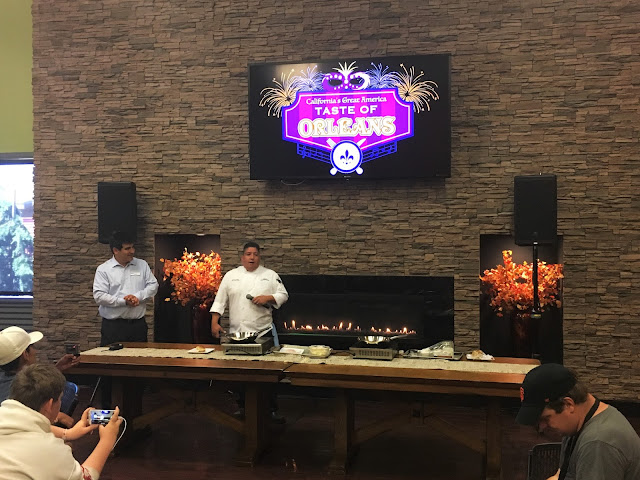 To celebrate the first day of this signature park event, the park invited us to a cooking demo with the park’s head chef Erick Ponce. 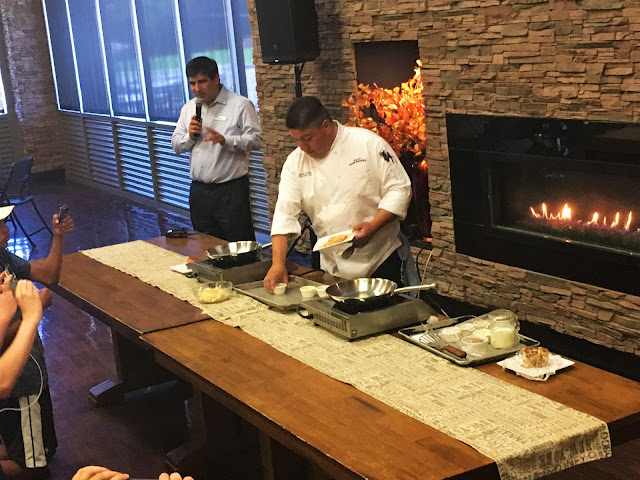 He cooked two of the event’s many signature dishes for us: Praline Bread Pudding and Catfish Sliders. The park, along with Erick, said that they are committed to raising the bar up from the traditional amusement park fare. 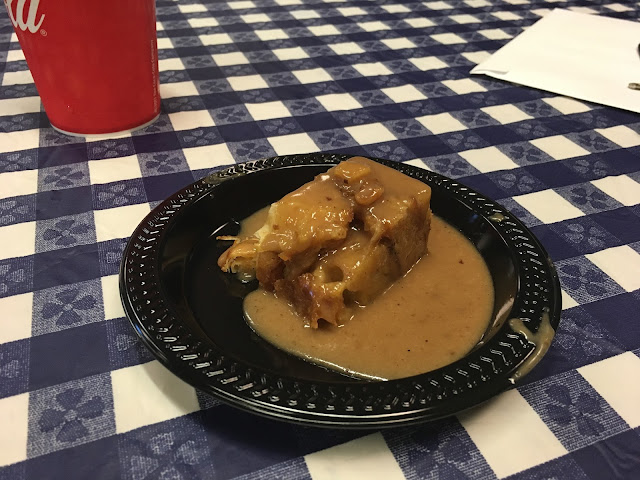 The Praline Bread Pudding was fantastic; especially the thick sauce! 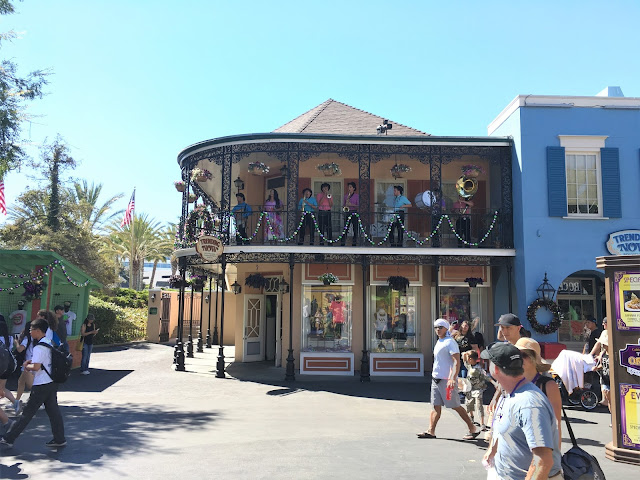 Just outside, the French Quarters section of the park came to life! These live performers walked up and down the street for guests to enjoy throughout the day. 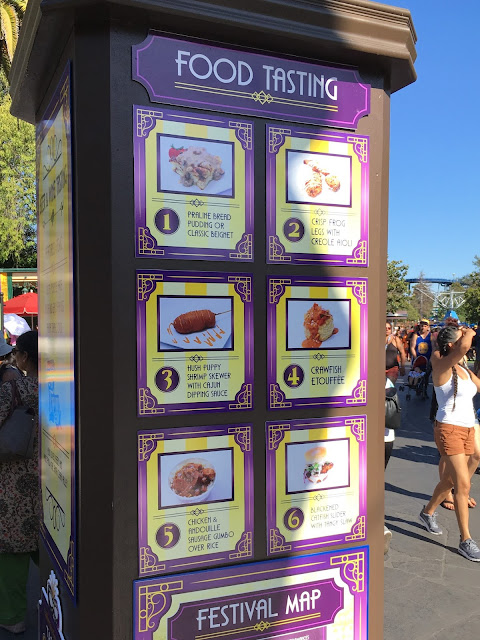 Guests can pay $25 for a food sampling card to try each of the 6 numbered items above. 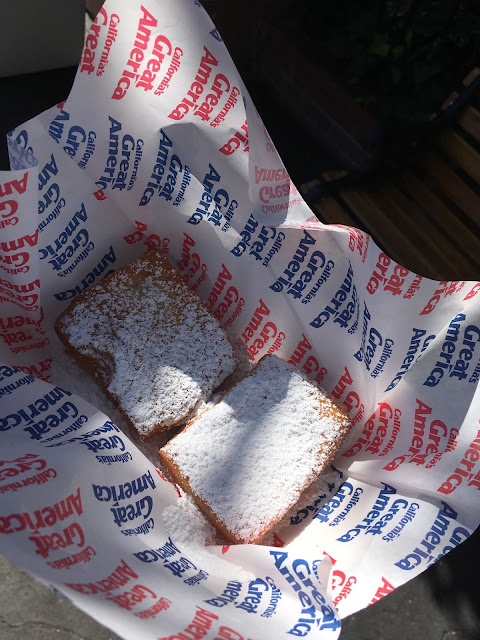 The Beignets were on another level! 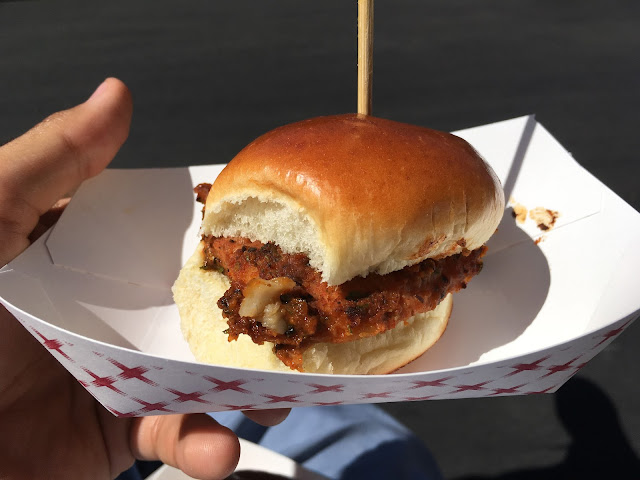 The Catfish Slider was a little too spicy for my liking, but still very flavorful and tasty. 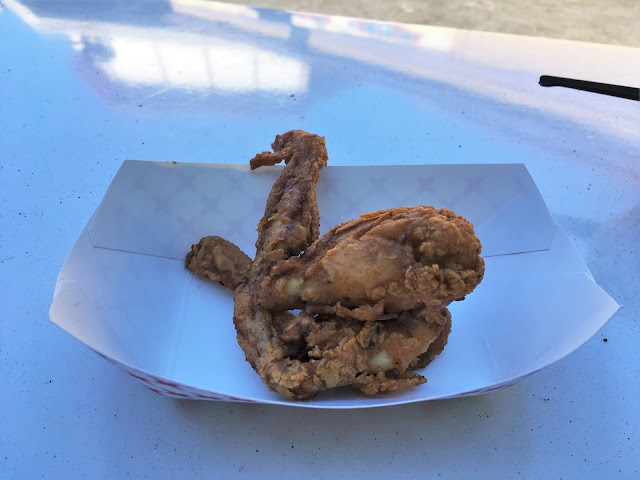 The frog legs were also another highlight...they really do taste like chicken! 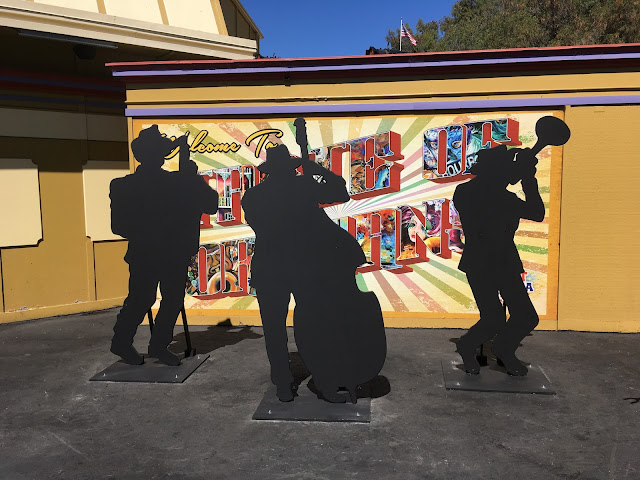 Some photo ops are also scattered around the area for those who feel inclined. 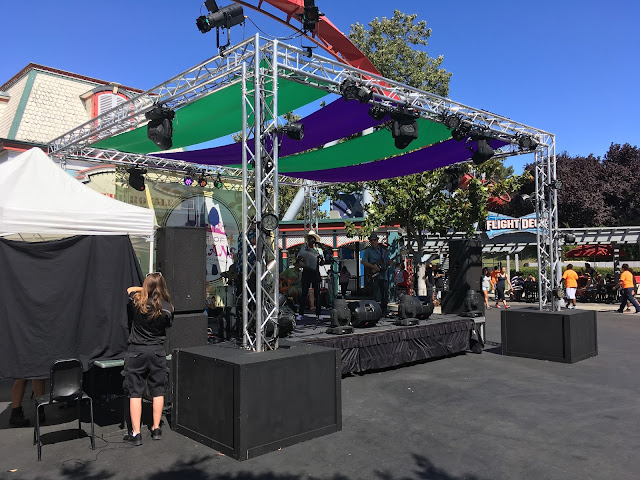 No immersive event is complete without live music! 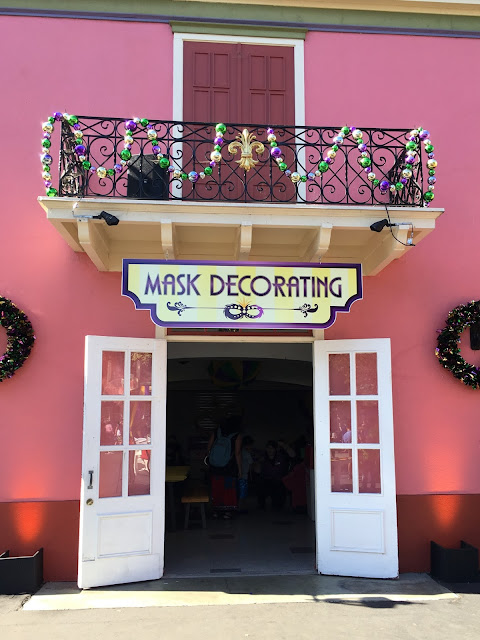 For those guests 12 and under, an indoor mask decorating station is available get into the Mardi Gras spirit! 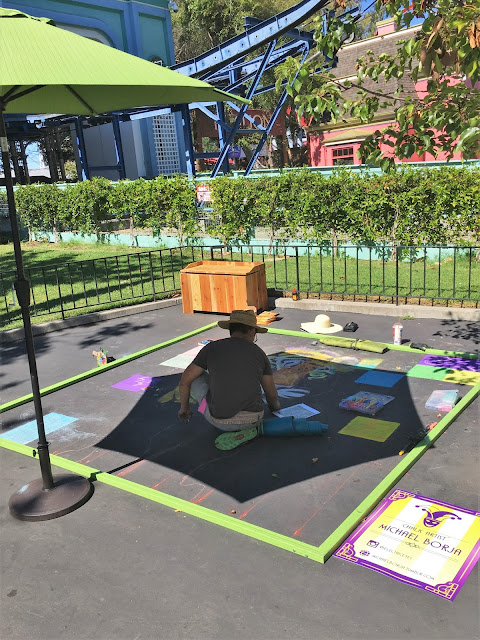 Their are also numerous chalk artists scattered around, providing live demos of their special artistic abilities. 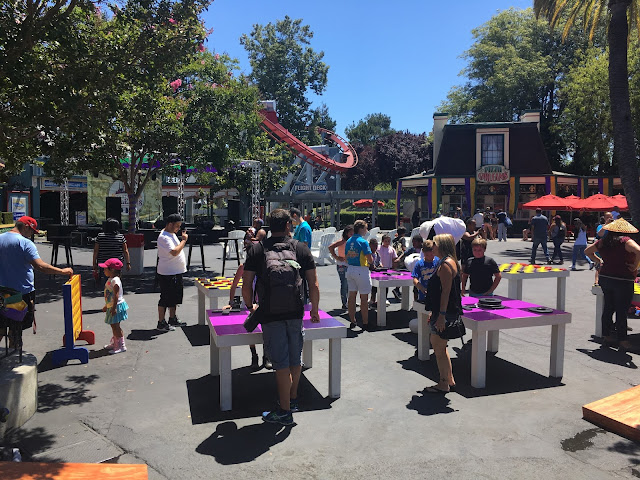 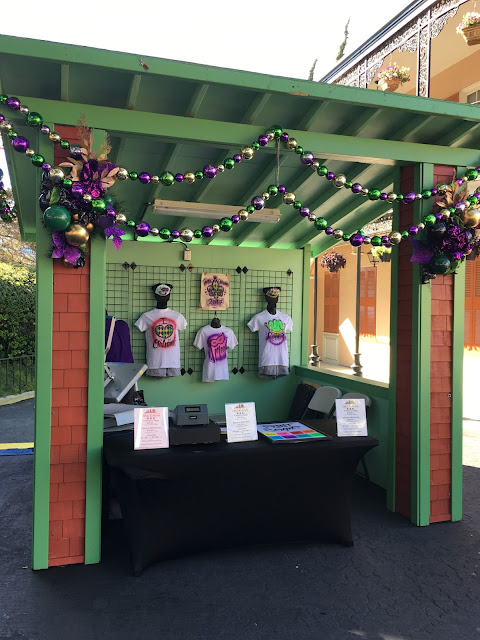 And if you feel like a custom T-shirt, the park has you covered! 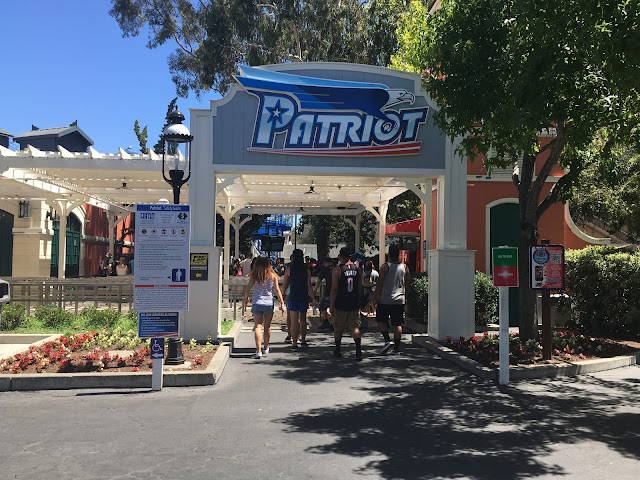 Moving on elsewhere in the park, the recently converted Patriot floorless coaster held a healthy line all day. 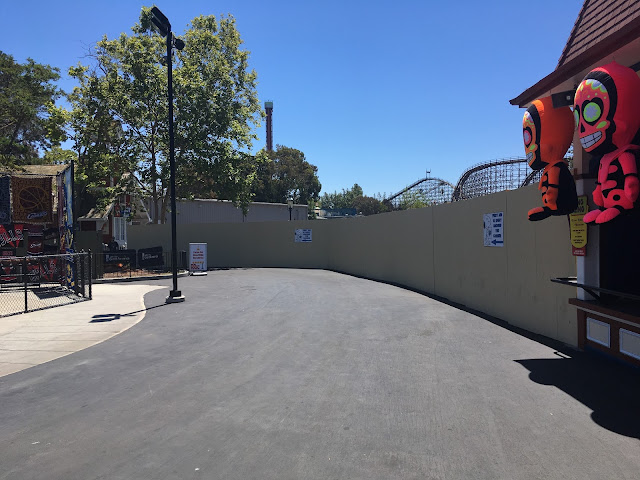 A little ways away, the anticipation is still building... 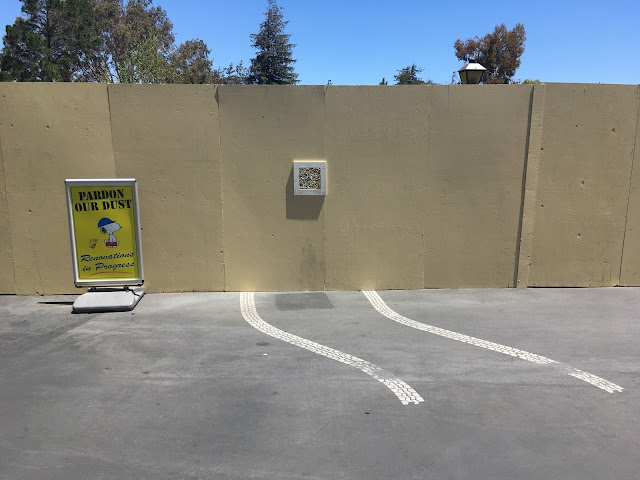 The park has boarded up this section of the park, and provided the above teaser for their new 2018 coaster project. 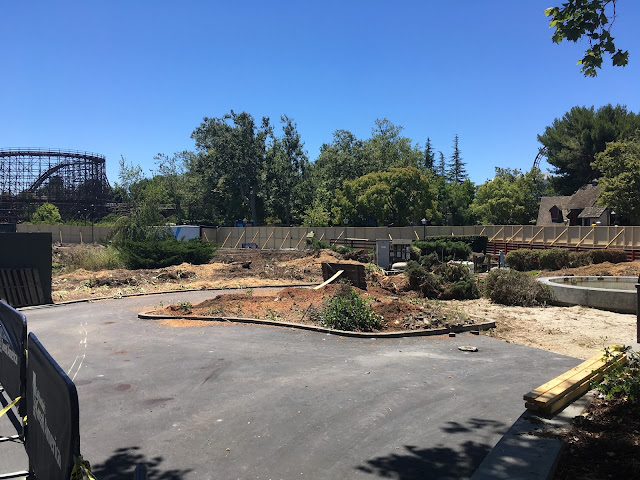 The land was previously used for movie nights and recreation events at the park (And before that, the Invertigo boomerang-style coaster). 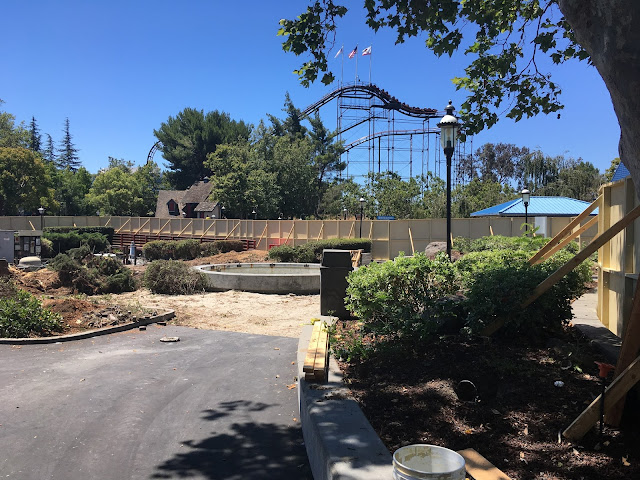 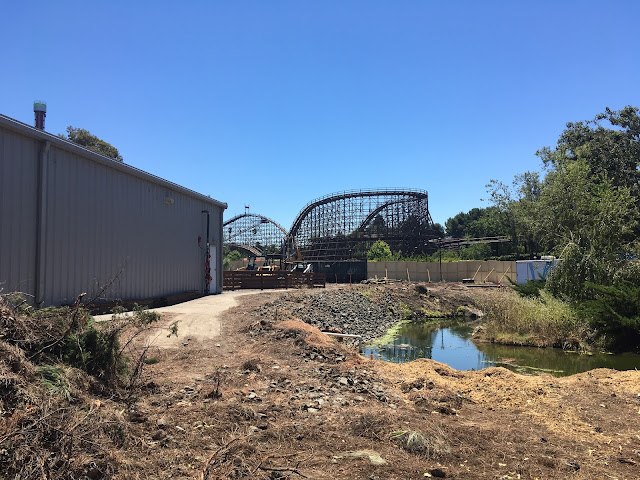 The project has been named SR1, and the park's corporate headquarters recently copyrighted the name "Railblazer". What's my guess? My hunch is that "SR1" stands for Single Rail, also connecting to the Railblazer name. I believe the park will be installing the new single-rail prototype coaster from Rocky Mountain Construction. I've posted a video from Rocky Mountain Construction's Facebook page below, showing a ride on the prototype they built at their factory.

This should give a better perspective on the scope of the construction site. 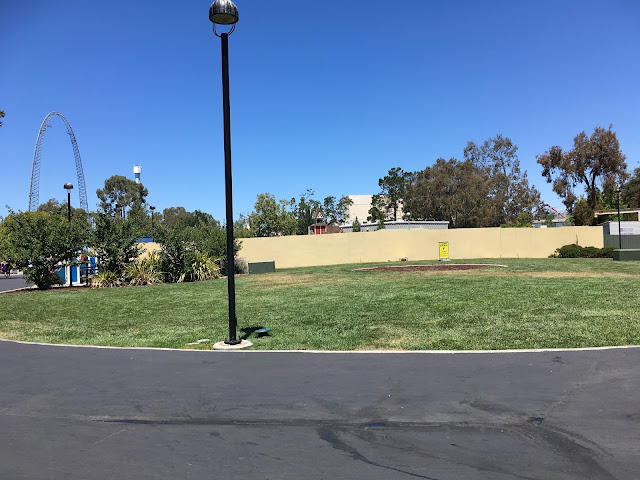 Now from the opposite side, this view will look a whole lot different in a couple of months! 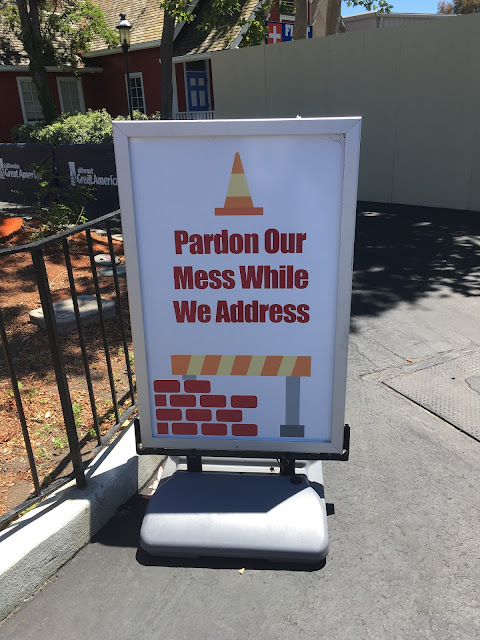 The park has confirmed that they will announce their 2018 plans on August 16, 2017. So, we'll have an answer soon (Along with full coverage of the announcement right here on Theme Park Overload)! 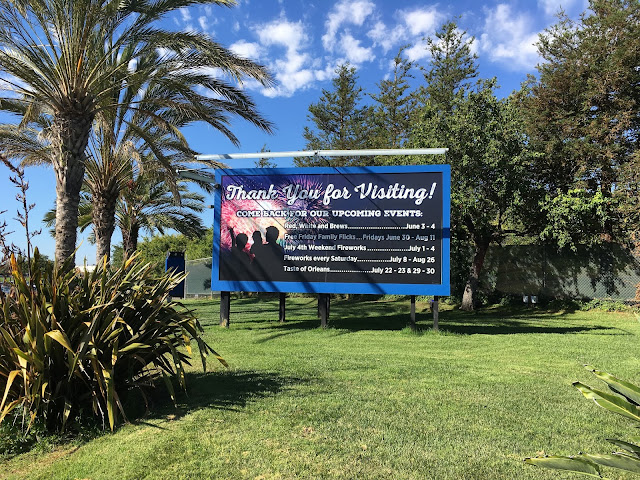 The Taste of New Orleans continues today and next weekend (July 29-30) at the park, and is definitely worth a visit for those who love signature food and atmosphere.
Location: 4701 Great America Pkwy, Santa Clara, CA 95054, USA