May 28, 2017
Today we head to Six Flags Discovery Kingdom to check out their latest addition: Wonder Woman: Lasso of Truth! Nestled tightly in between the park's Joker and Superman coasters, this new pendulum-style thrill ride sends riders nearly 15 stories into the air at 70 MPH! We had the opportunity to check out the ride during its media preview, and have full coverage from the event! 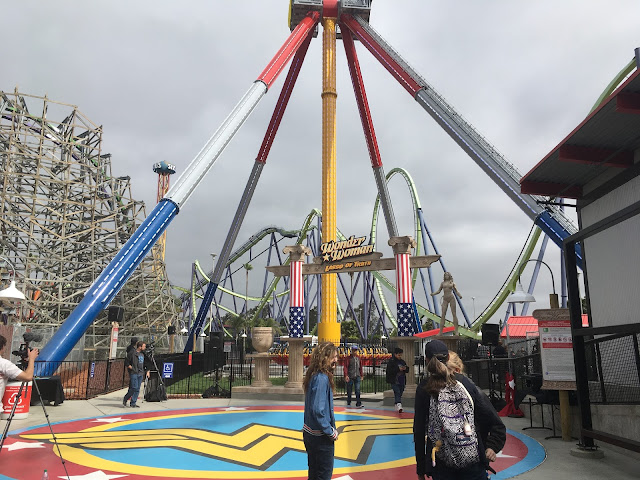 The day is finally here! Believe me when I say, the park just barely nestled this new attraction into a small plot of previously unused land. So the park is technically larger now for guests...hooray! 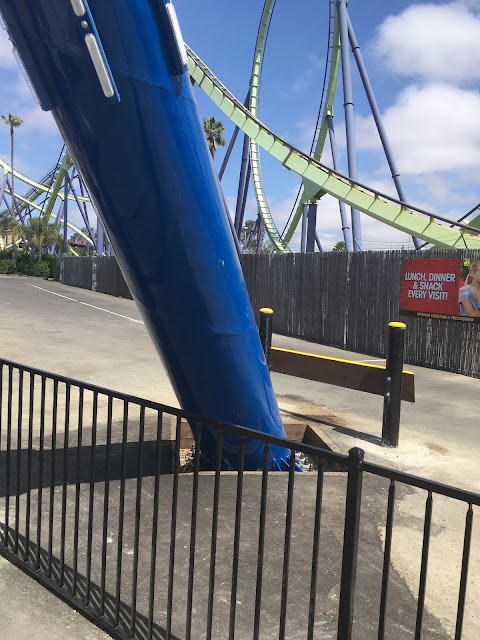 It was such a tight fit, in fact, that one of the ride's massive support pillars protrudes out of the park into the guest walkway! The bus drivers now have a slightly tougher time squeezing through to the park entrance.. 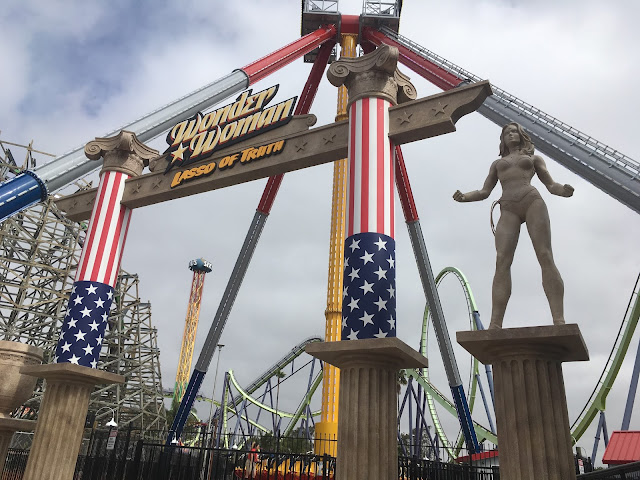 The entrance facade is quite detailed, and acts as the sole piece of themeing for the queue line. 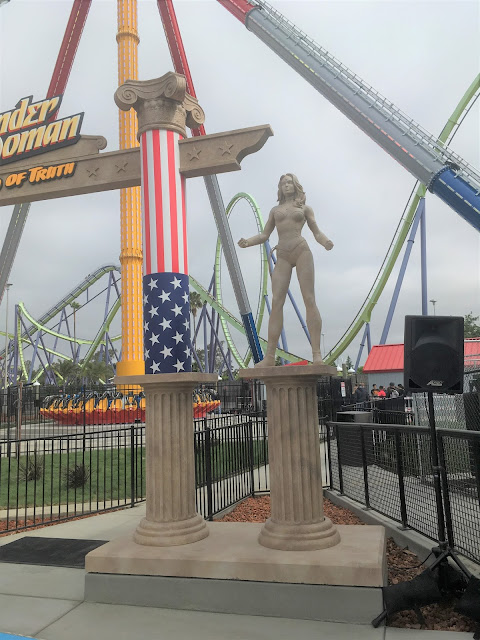 Wonder Woman finally has her own statue! 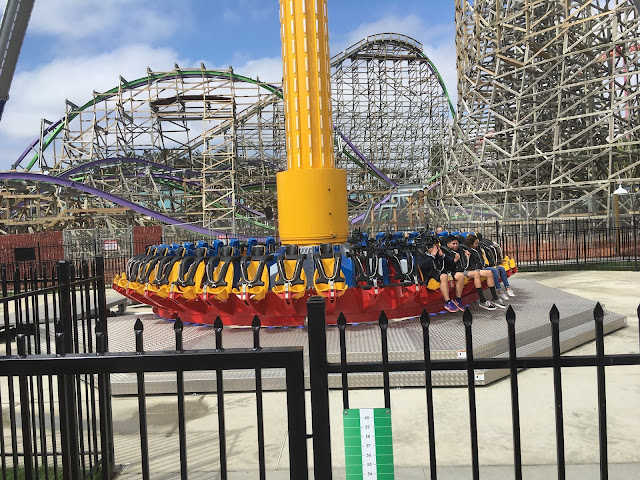 Now for the ride itself. Most visitors have likely ridden some variation of a pendulum-style flat ride before, yet the experience created by this ride is still incredibly different. Once the ride hits its max height, the speed of the ride really kicks in. This thing is FAST, and the added speed from this supersized version of a traditional pendulum ride feels unique and thrilling. The 360 degree rotation of the vehicle is less pronounced, and did not give me as strong of a nauseous feeling that this type of ride generally does. The ride also has a few fantastic airtime moments, but the severity and number of weightlessness moments varies based on your seat, the combined weight of current riders, etc. Even if you are primarily a coaster fan, the ride provides the similar feeling of high speeds and weightlessness that traditional coasters have.

That's all for now from Theme Park Overload. Special thanks to Don McCoy, Nancy Chan, and the entire Six Flags Discovery Kingdom crew for hosting us! Make sure to "LIKE" our Facebook page to get Exclusive Content and Live In-Park updates sent straight to your newsfeed! Facebook.com/ThemeParkOverload My name's Nicholous, and Thanks for Reading!
Location: 1001 Fairgrounds Dr, Vallejo, CA 94589, USA