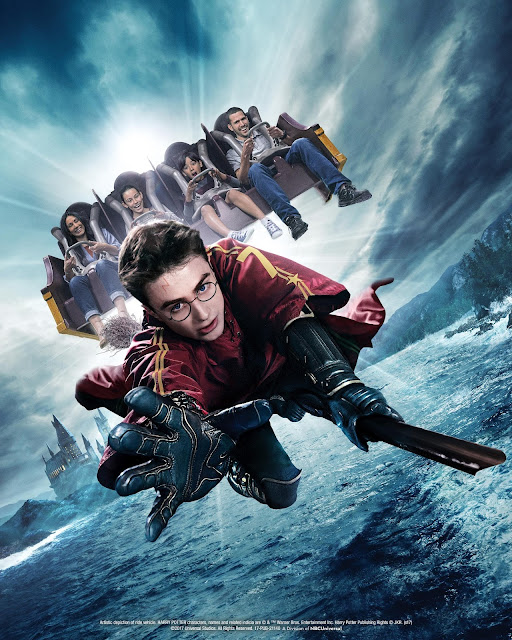 Harry Potter is getting an upgrade! Universal Studios Hollywood has announced that their Harry Potter and the Forbidden Journey attraction will be retrofitted with new 4K-HD ride film projection at 120 frames per second! This attraction first opened to guests just over a year ago, and serves as the headlining attraction for the entire Wizarding World of Harry Potter section of the park.

Previously, the attraction featured standard HD projection at 60 frames per second, along with 3D visuals. Universal decided to scrap 3D entirely with this upgrade and focus on image quality, as the hassle of special glasses for riders and the reduced visibility from the glasses themselves were likely not worth the trade-off in to the park. This upgrade will result in four times the image resolution and double the frame rate of the previous generation for all of the attraction's film segments, resulting in higher image clarity and more realistic looking visuals for riders.

That's all for now from Theme Park Overload! Make sure to "Like" our Facebook page to receive the latest Amusement Park news delivered straight to your newsfeed! Facebook.com/ThemeParkOverload My name's Nicholous, and Thanks for Reading!
Location: 100 Universal City Plaza, Universal City, CA 91608, USA