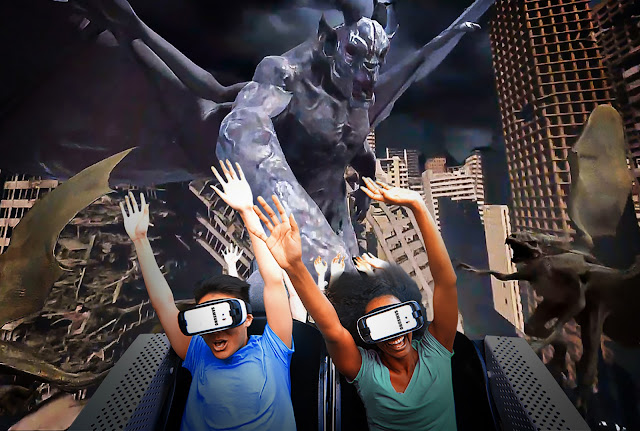 Six Flags has continued the development of their Virtual Reality coaster experiences with the creation of their new "Rage of the Gargoyle" VR experience. Powered by their partnership with Samsung and Oculus, eight different parks chain-wide will receive this new addition during the fall for Fright Fest.

In Rage of the Gargoyles, riders—wearing Samsung Gear VR headsets—are pilots seated in the cockpit of an Apache-style helicopter. With a devastated cityscape as the backdrop, a fleet of choppers prepares to battle an army of terrorizing, winged creatures. The action-packed adventure begins when riders ascend up the coaster’s lift hill as the blood-thirsty gargoyles mercilessly attack the copter’s fragile glass barrier. The epic on-screen conflict quickly accelerates as the high-definition imagery synchs perfectly to the coaster’s movements sending riders twisting, turning and diving through the hazardous city streets—flying over battered skyscrapers, plunging underneath twisted bridges and dodging falling debris, all while shooting to repel these lethal demons and conquer the vicious master gargoyle. A surprise ending to this fully-immersive virtual odyssey will leave guests breathless, and ready to experience Rage of the Gargoyles over and over again. 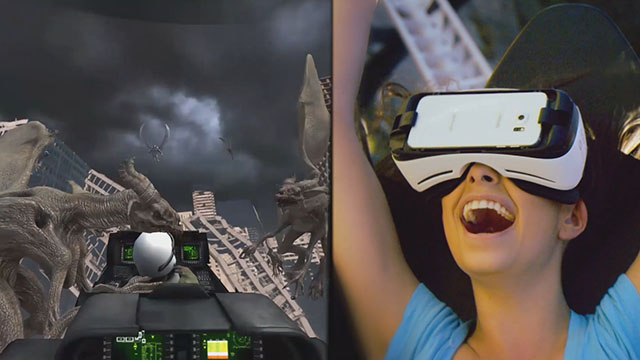 The ride will act as an interactive video game for riders, but does not employ traditional gaming controllers. Head contours and movements will fire the virtual blaster in the game, allowing guests to compete with each other. Eight parks are slated to receive this new experience in the fall time.


We are excited to try this new experience out when it opens in the coming months! That's all for now from Theme Park Overload. Make sure to "LIKE" our Facebook Page for Exclusive Content and Breaking News Updates. www.Facebook.com/ThemeParkOverload My name's Nicholous, and Thanks for Reading!
Location: Six Flags Discovery Kingdom Station, Highway 37 and Fairgrounds Drive, Vallejo, CA 94589, USA