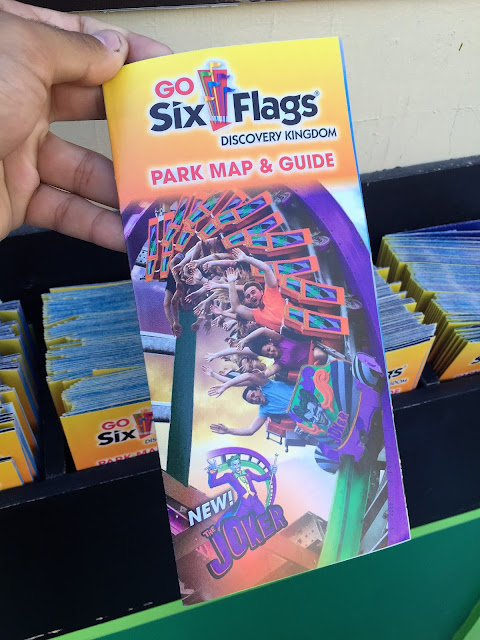 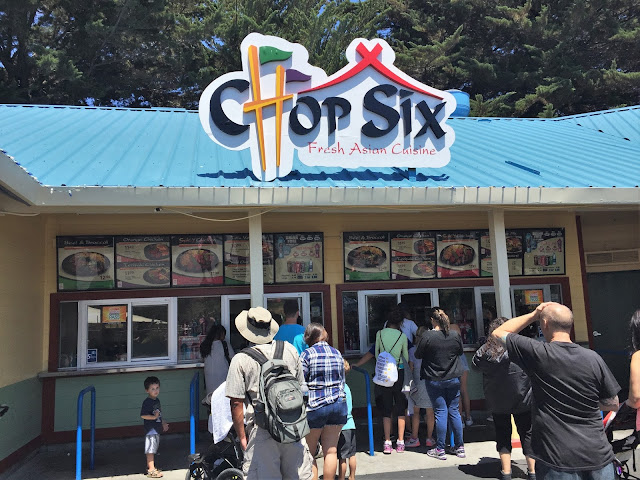 Chop Six has replaced the previous Panda Express restaurant in the main food court. The menu is very similar to the previous restaurant, but the food quality seems a little bit worse compared to PE. 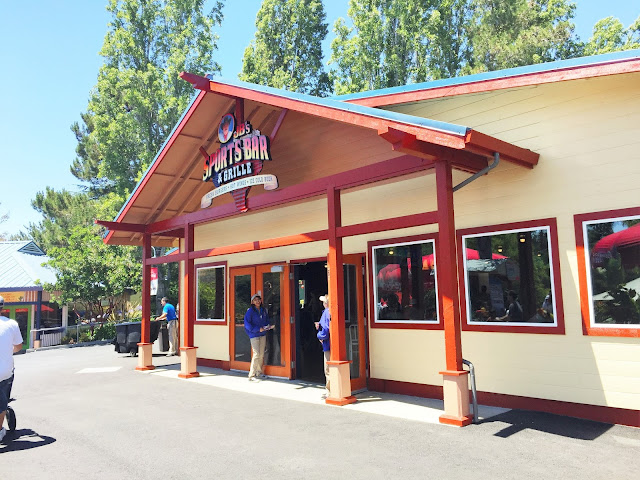 The new indoor JB's Sports Bar and Grille has also opened in the food court! Discovery Kingdom finally has their own indoor sports bar! 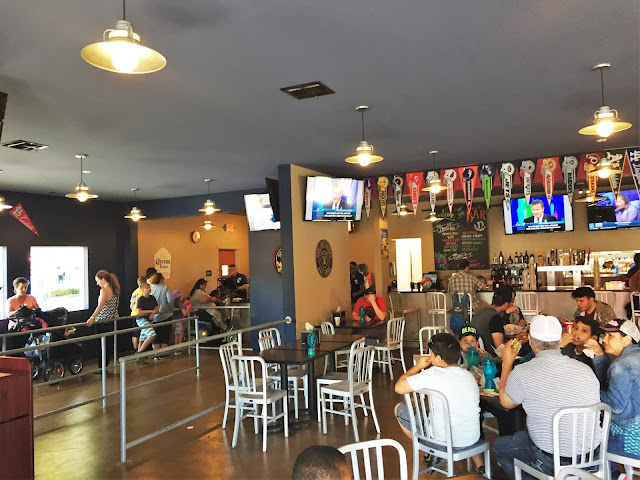 The sports theming is pretty extensive throughout the location, and the menu brings traditional burgers and a few interesting concoctions to the table for hungry guests. Deep fried Oreos, anyone? 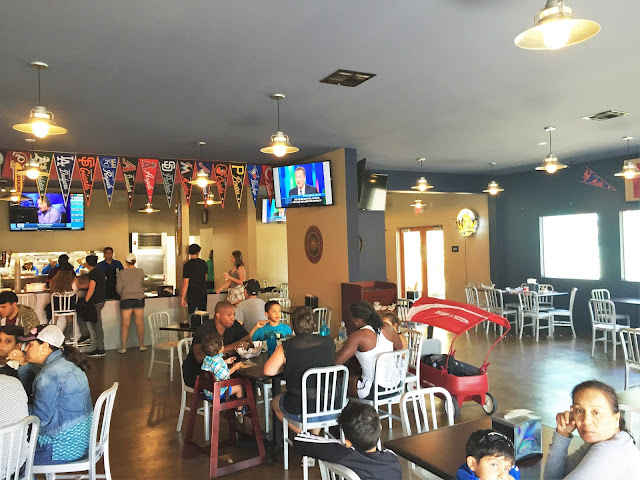 The restaurant isn't super huge, but should be adequate for most of the crowd levels that the park receives. It may get a little tight in there during peak days and meal times, though.

This should give a good perspective on the restaurant's layout. 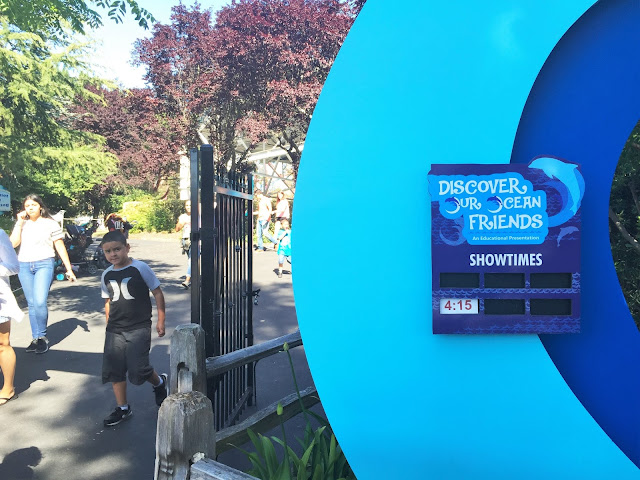 Moving on, we headed over to Dolphin Harbor to catch the 4:15 showing of Discover Our Ocean Friends. 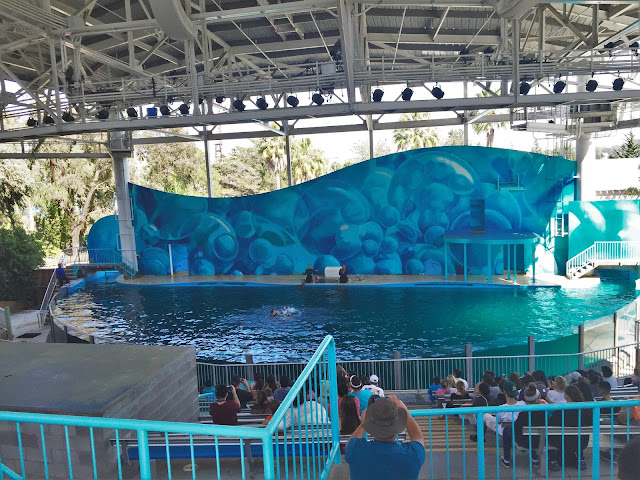 Compared to all of the park's other animal entertainment offerings, the show was very lackluster and disappointing. With a total showtime of just 14 minutes, the show barely had time to showcase any tricks or amusements. Quite honestly, the bare stage seemed like a reflection of the audience section. Half of the show was dedicated to a lucky child chosen from the audience to "meet" and "dance" with one of the dolphins, which felt like intruding on a guest's private dolphin swim experience rather than an actual show. I am generally not so harsh on the park's entertainment shows, but this show unequivocally failed to meet Six Flag's quality standards. Six Flags can do much better than this, and they need to. 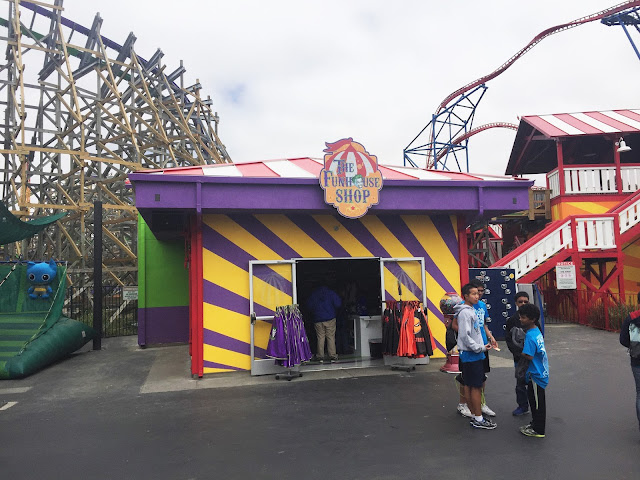 Elsewhere in the park, The Joker's gift shop is now open (But the same couldn't be said for The Joker itself)! 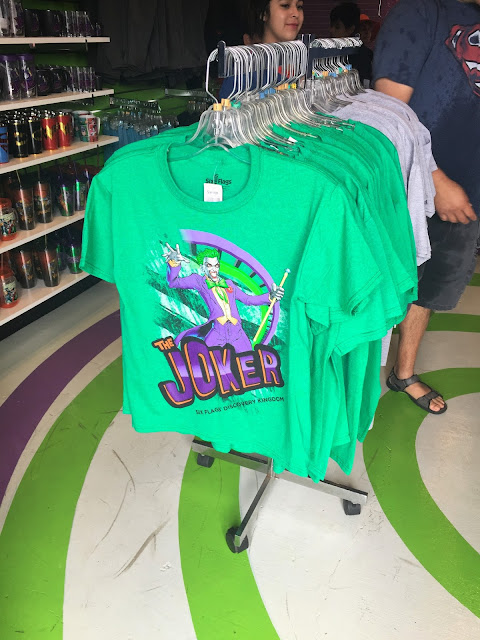 The large and vibrant graphics on the t-shirts make for some great merchandise! 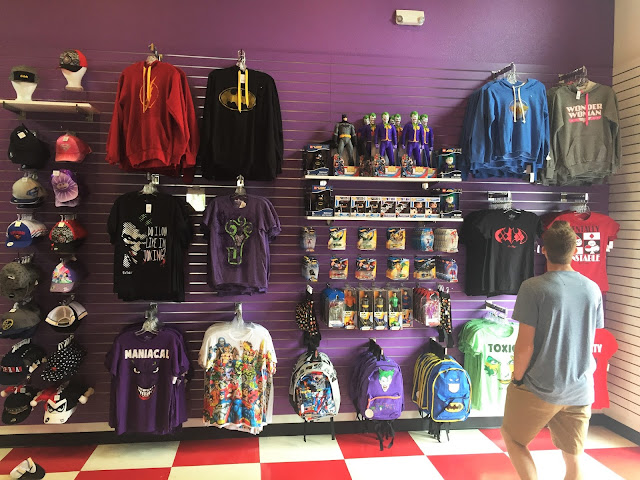 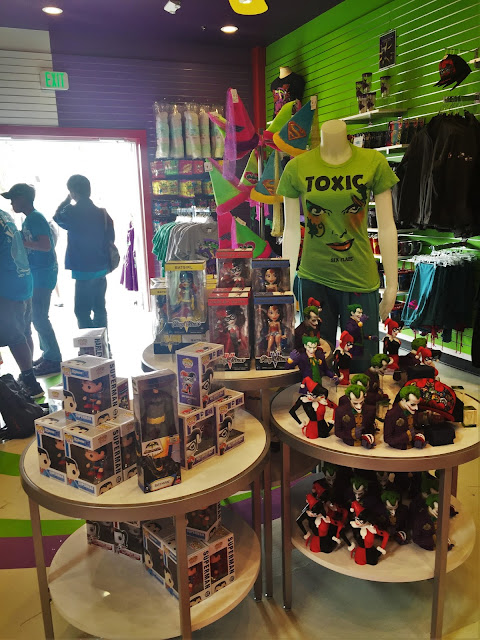 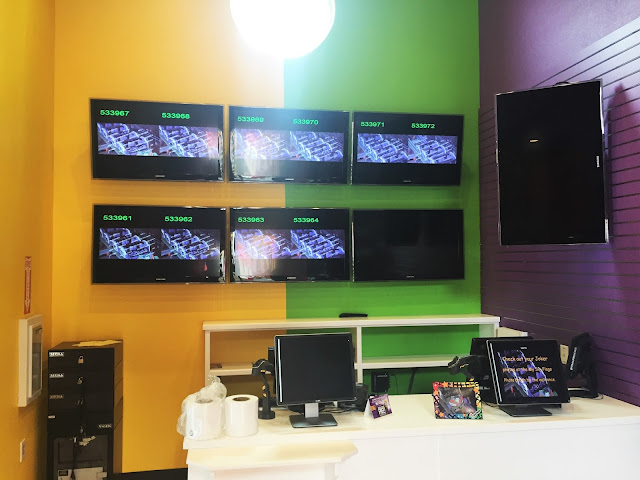 The gift shop serves as an exit to The Joker itself, and houses the on-ride photo booth station from the ride. The guests in this shot look like they were having a great time :) 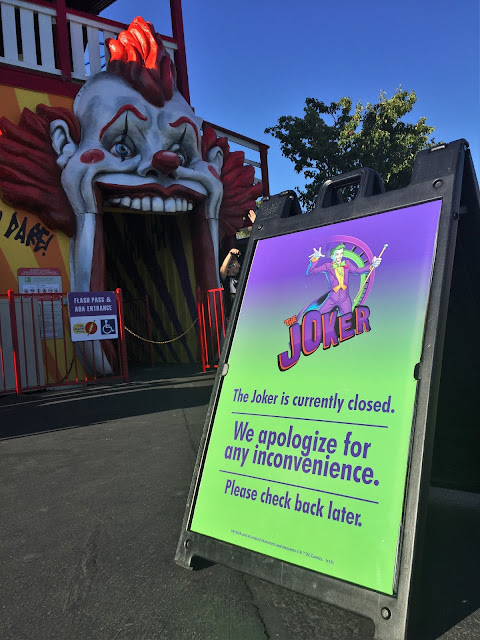 The park was successfully cycling a single train for the majority of the day, yet the ride was closed for "undisclosed reasons". While it can be frustrating for guests currently at the park, it is commendable that Six Flags is ensuring that ALL the kinks are worked out for better reliability down the road before they open the ride. We'll have to get more rides in next time!

On the way out, I spotted a newly wrapped bus. The animal theme was a great choice!

Despite The Joker's closure, we still had a great day at the park! Hopefully the park irons out all the kinks in their new attraction sooner rather than later. That's all for now from Theme Park Overload. Make sure to "LIKE" our Facebook page to get the latest amusement park news and updates delivered directly to your feed! www.Facebook.com/ThemeParkOverload My name's Nicholous, and Thanks for Reading!
Location: Six Flags Discovery Kingdom Station, Highway 37 and Fairgrounds Drive, Vallejo, CA 94589, USA