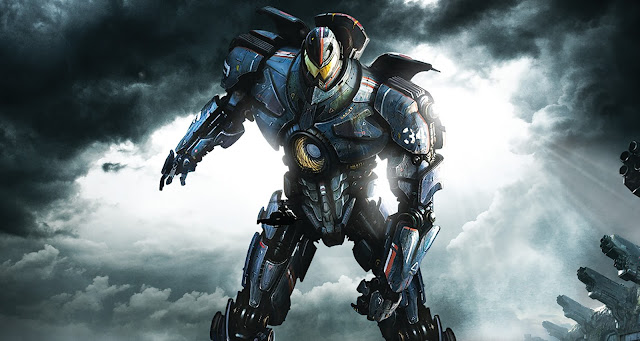 Six Flags Discovery Kingdom is continuing to surprise guests, with another new announcement today straight out of left field! The new "Pacific Rim 5-D Experience" simulator ride has been announced to upgrade the currently dormant I-Werks simulator theater.  Previously untouched for years after the park closed it in 2008, the theater will be upgraded with the latest equipment and technology to bring the new simulator attraction to life! Based off of Warner Brother's "Pacific Rim" film, 3-D graphics and physical effects in house will soon rock park guests into this sea monster adventure!

Loaded with suspense, action and monstrous creatures, “Pacific Rim 5-D” pairs the explosive special effects from the popular action-based science fiction film with a thrilling new ride simulation experience. The result is the world's only motion-based “Pacific Rim”-themed ride attraction and the very first version of this film to be adapted as a ride in the U.S.

The park will offer sneak previews of the attraction in the next few weeks, with an expected opening date to follow shortly after! That's all for now from Theme Park Overload! Make sure to "Like" our Facebook page to get breaking news (Like this story) delivered straight to your newsfeed FIRST! www.Facebook.com/ThemeParkOverload My name's Nicholous, and Thanks for Reading!
Location: Six Flags Discovery Kingdom, Vallejo, CA 94589, USA