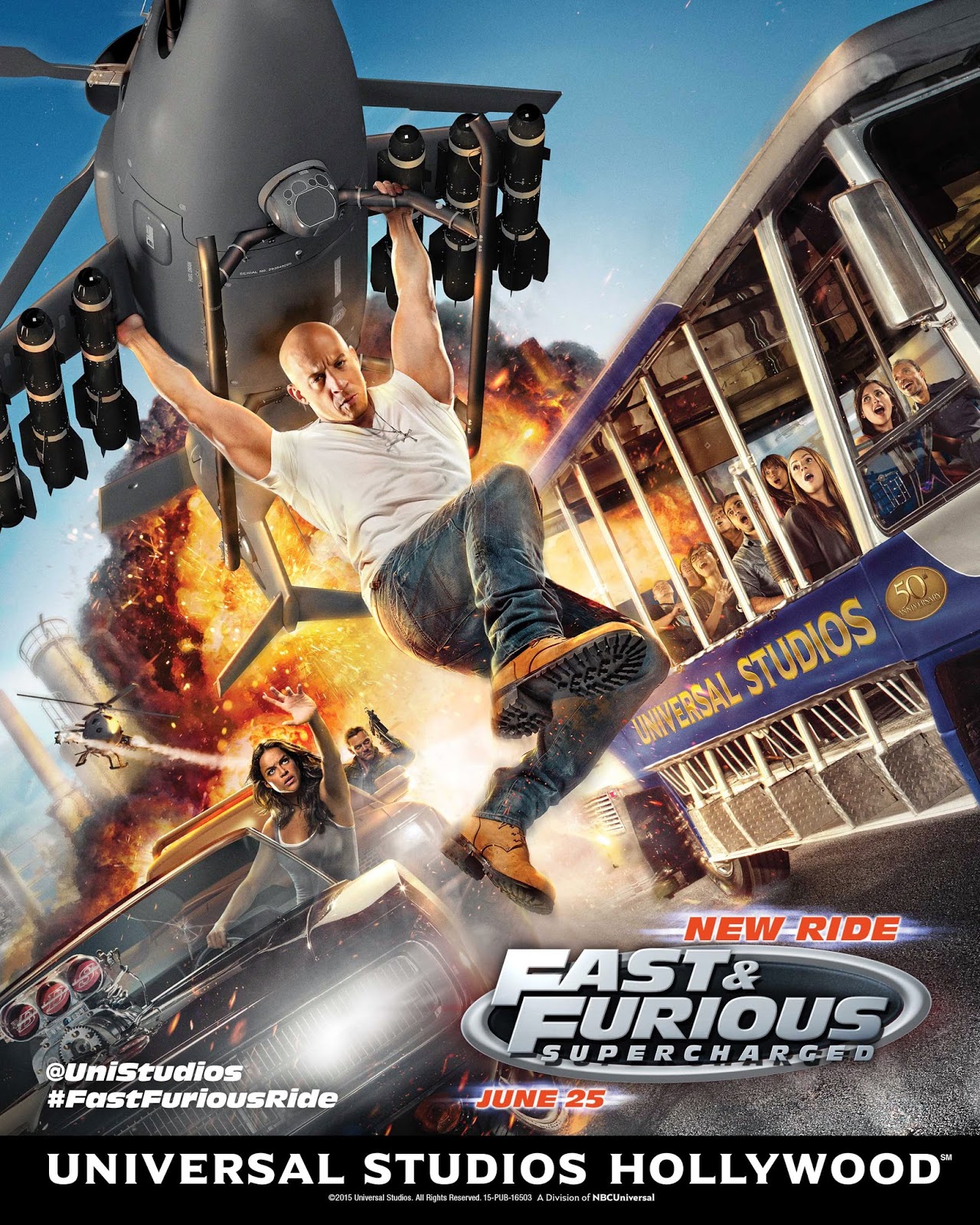 Universal Studios Hollywood has announced  the new "Fast and Furious: Supercharged" 4D Simulator Attraction will open June 25, 2015! As the new Grand Finale of the park's world famous Studio Tour, riders will be thrown straight into the Fast and Furious franchise to "ride with the Dom's Crew"!

All of the main characters from the franchise have returned to reprise their roles, creating completely new footage custom to this attraction. As for the technological aspects of the ride, Universal has one-uped itself again as always!

Eager riders have a little less than 2 months until they'll be able to experience this unique motion attraction. That's all for now from TPO! Make sure to "Like" our Facebook page to get exclusive Live In-Park updates and content sent directly to your news feed! www.Facebook.com/ThemeParkOverload My name's Nicholous, and Thanks for Reading!
Location: Universal Studios Hollywood, 100 Universal City Plaza, Universal City, CA 91608, USA