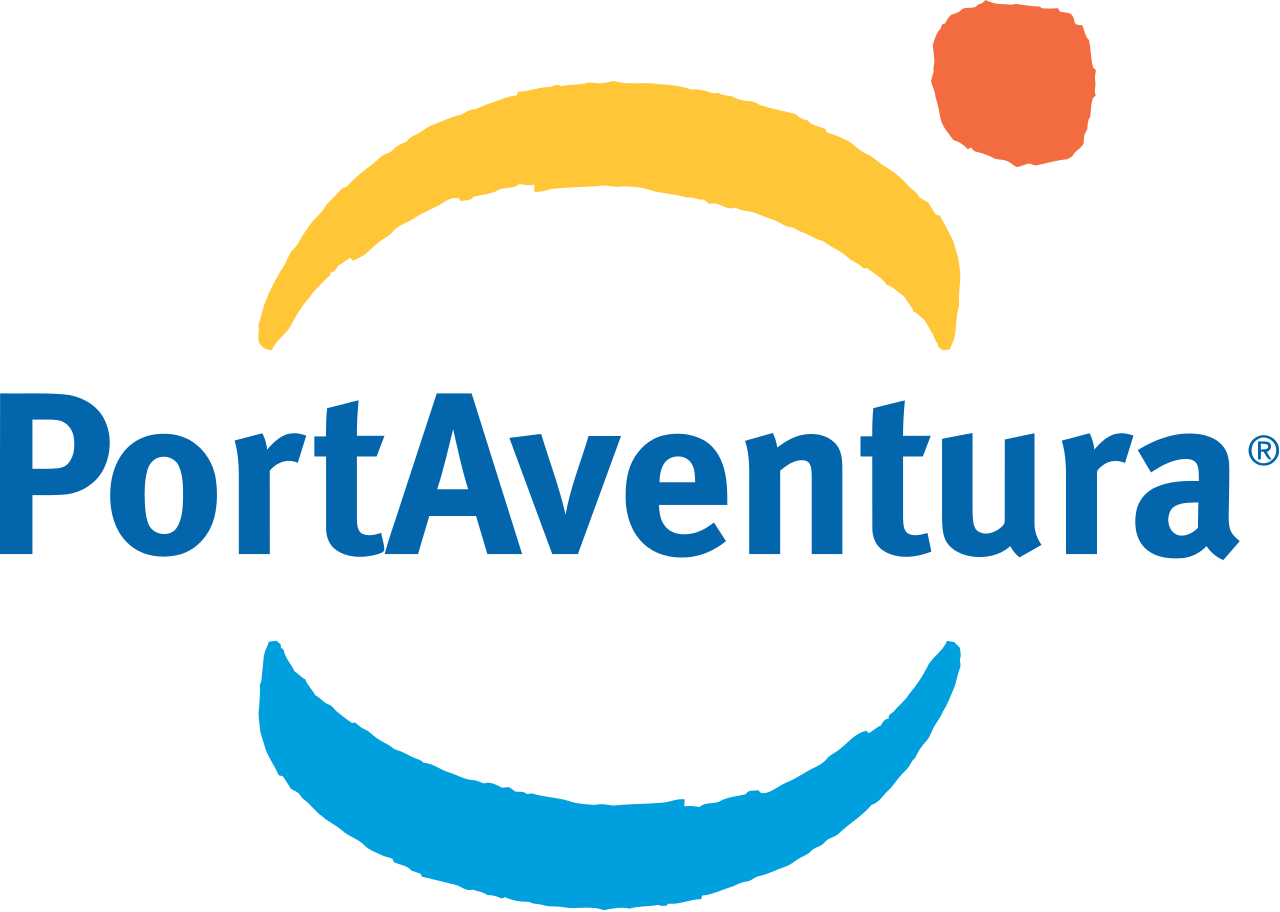 Theme Park Overload goes International today, with our first ever review from Spain! Today we're at PortAventura Amusement Park in Costa Dorada, Spain. If you're not familiar with the park, it's located just out of Barcelona, and is the most visited Amusement Park in the country. It's known for their B&M Hyper coaster Shambhala, and their INSANE  Intamin coaster Furius Baco (This crazy contraption features Winged-Style seats, with a ground hugging 84 MPH launch and inversion).


Angkor is the park's New for 2014 Boat Ride, based around the famed Temple of Angkor. Riders board stand up boats armed with Water Guns, and are guided along the track to shoot Ride Targets and other riders! It's located in the China section of the park, right next to the Shambhala coaster. Non-riders can also join in on the fun with Coin-Operated water guns located on the ride boundaries! 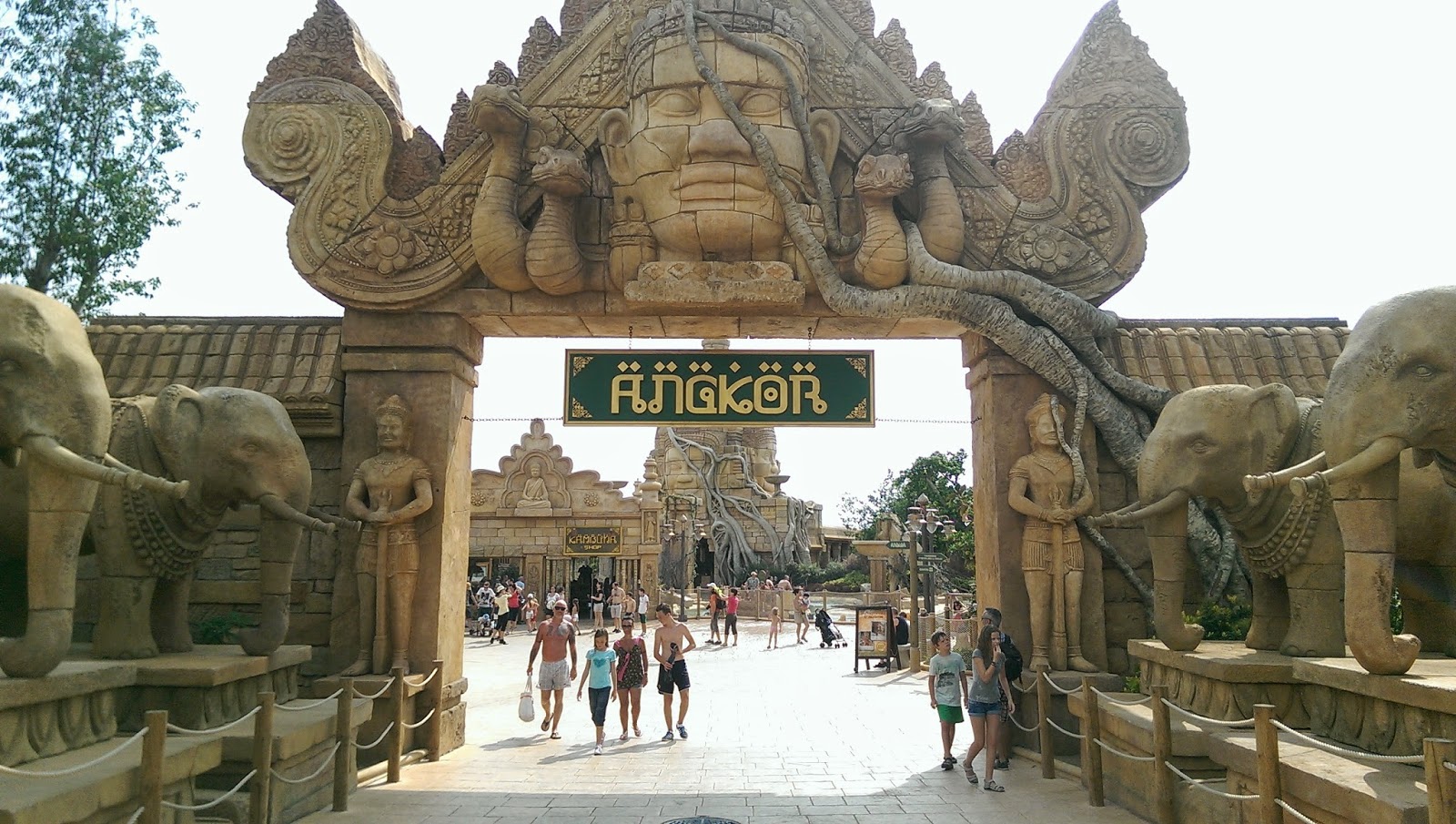 Welcome to Angkor! What a nice entrance facade. 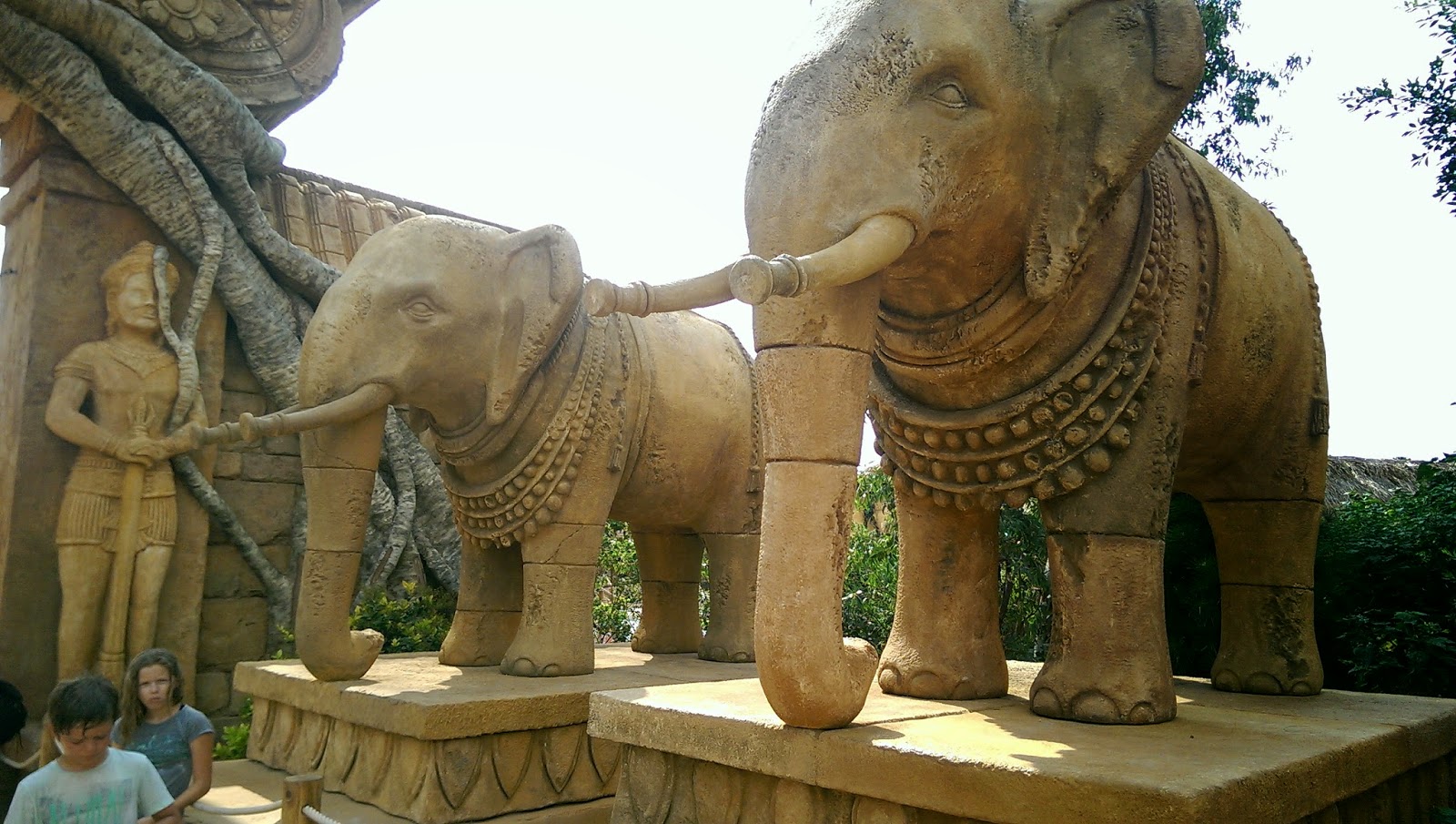 Detailing is always a plus. 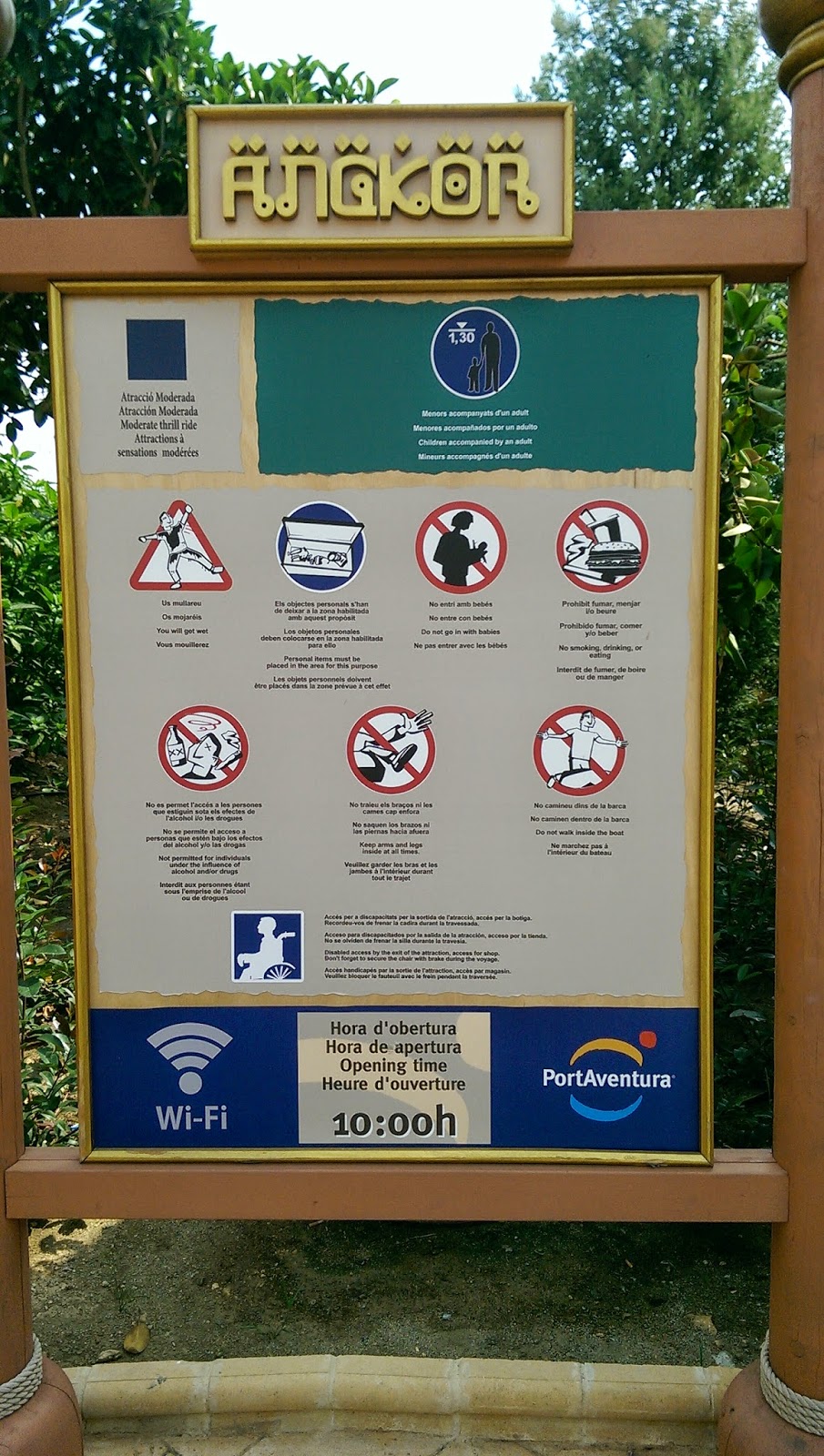 Don't worry, it's written in English too. 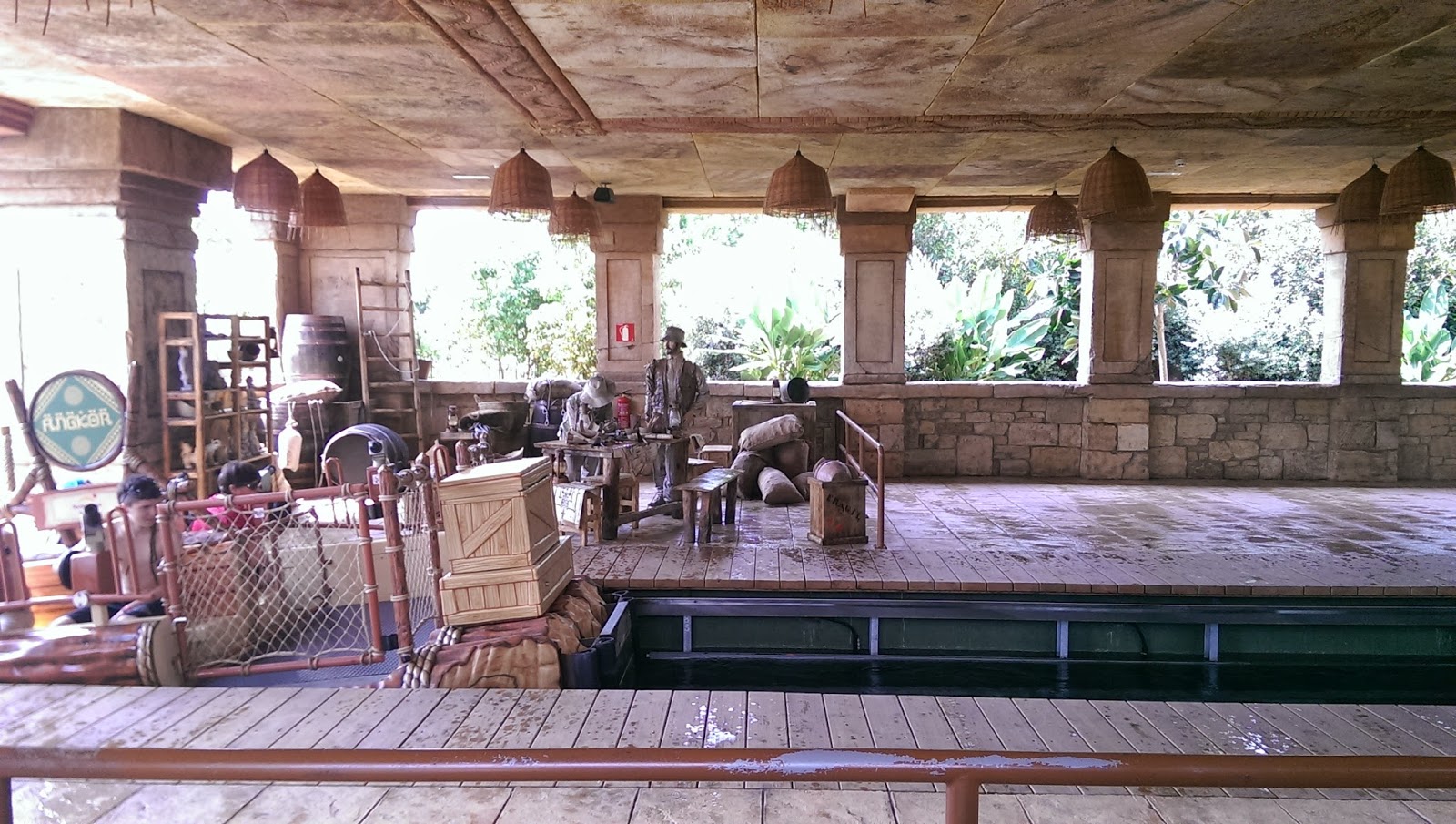 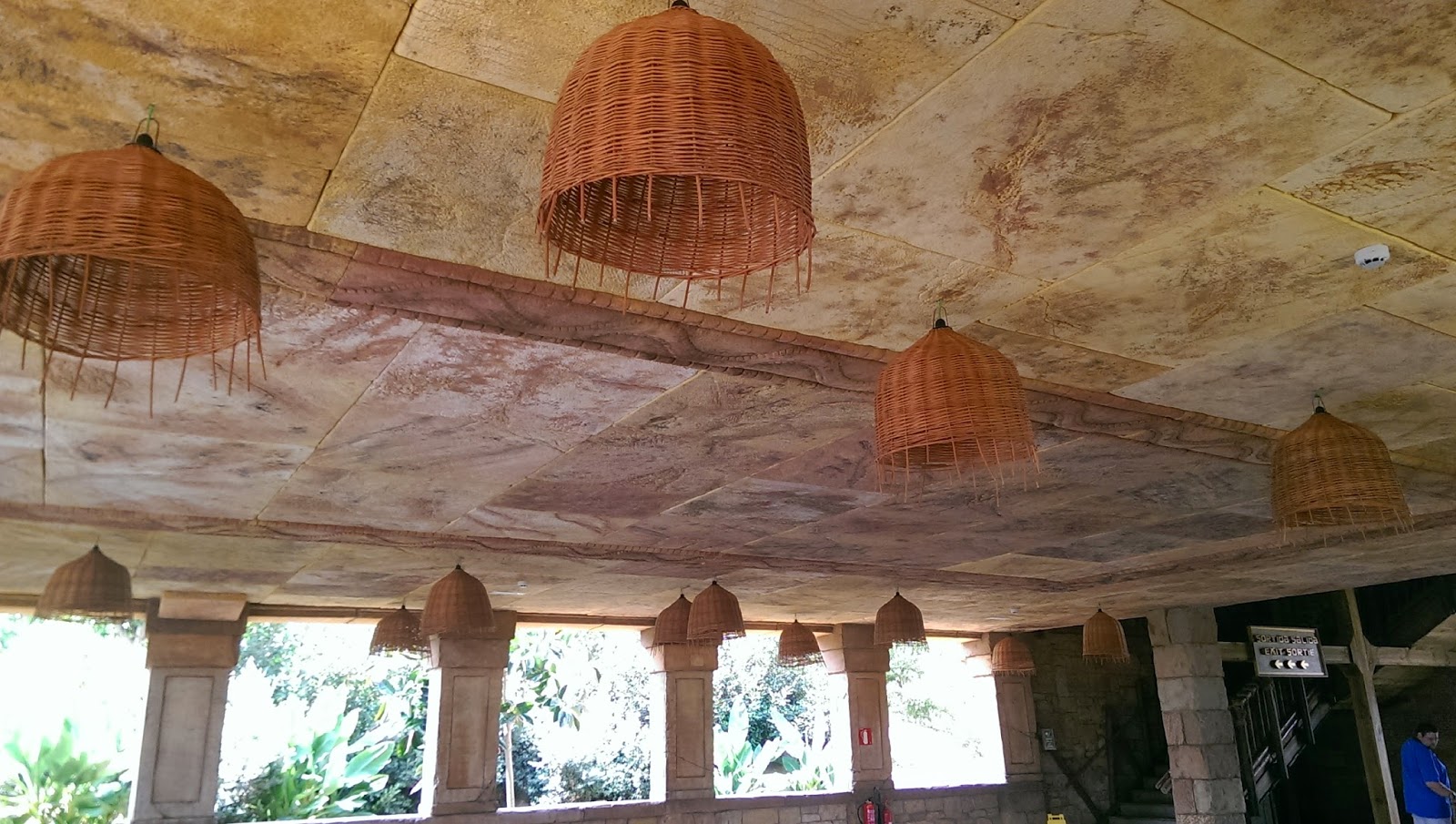 In case you forgot to look up, their's also some awesomely themed lighting! 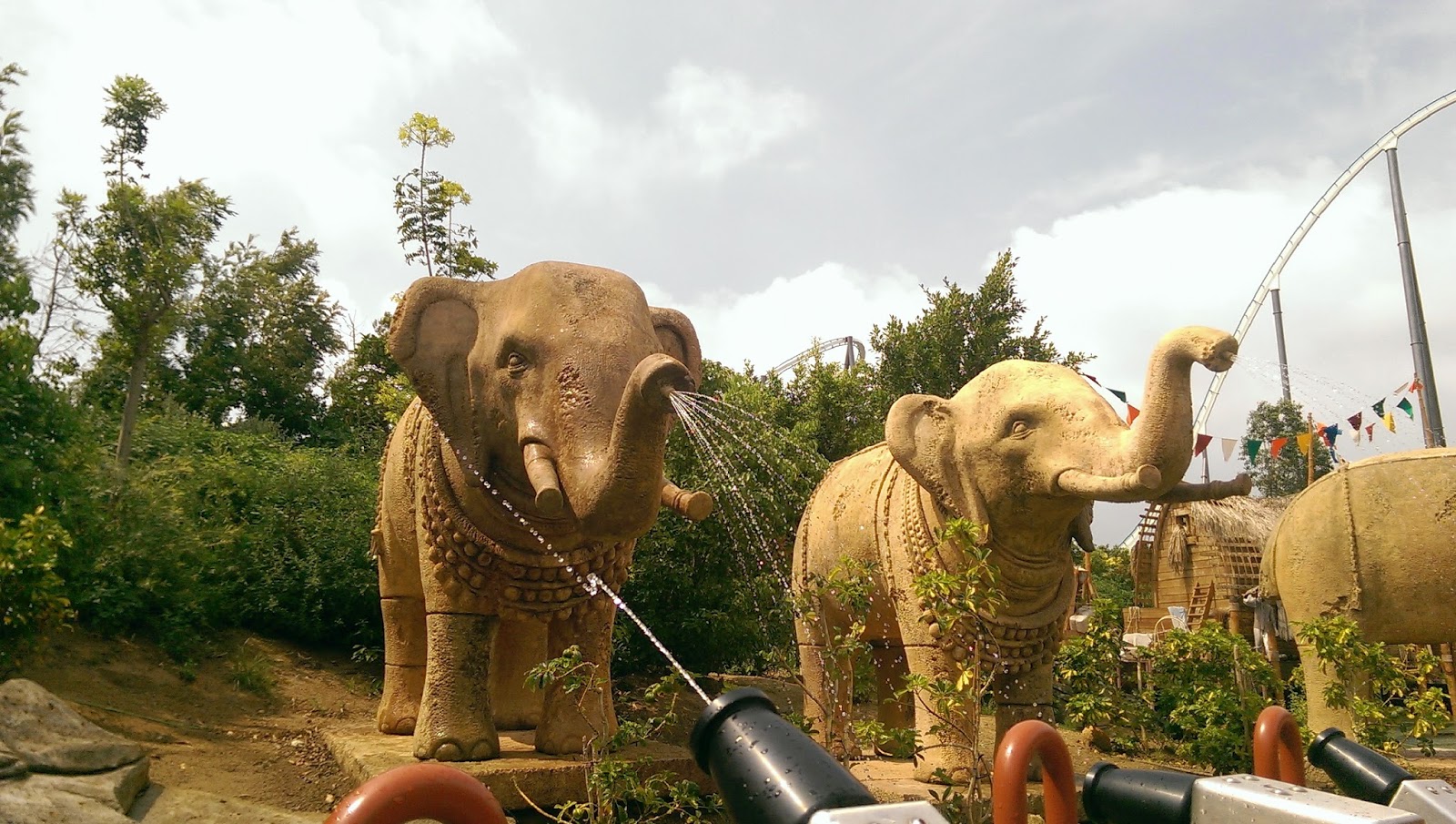 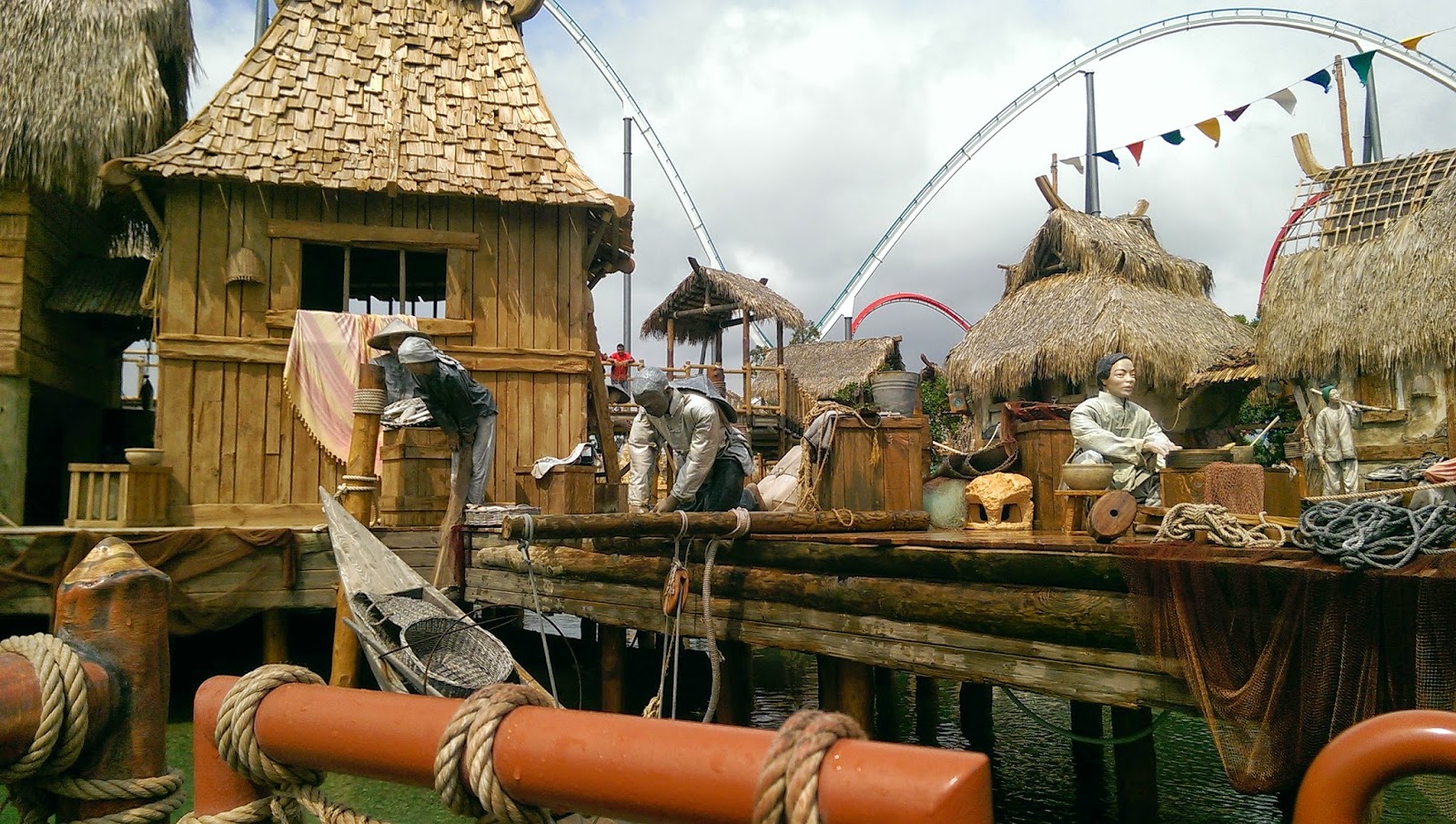 While the pictures seem to make the ride appear fully themed and immersive, one complaint Julius had was the ride is promoted and hyped to look more "Jungle-Like" than it actually is. 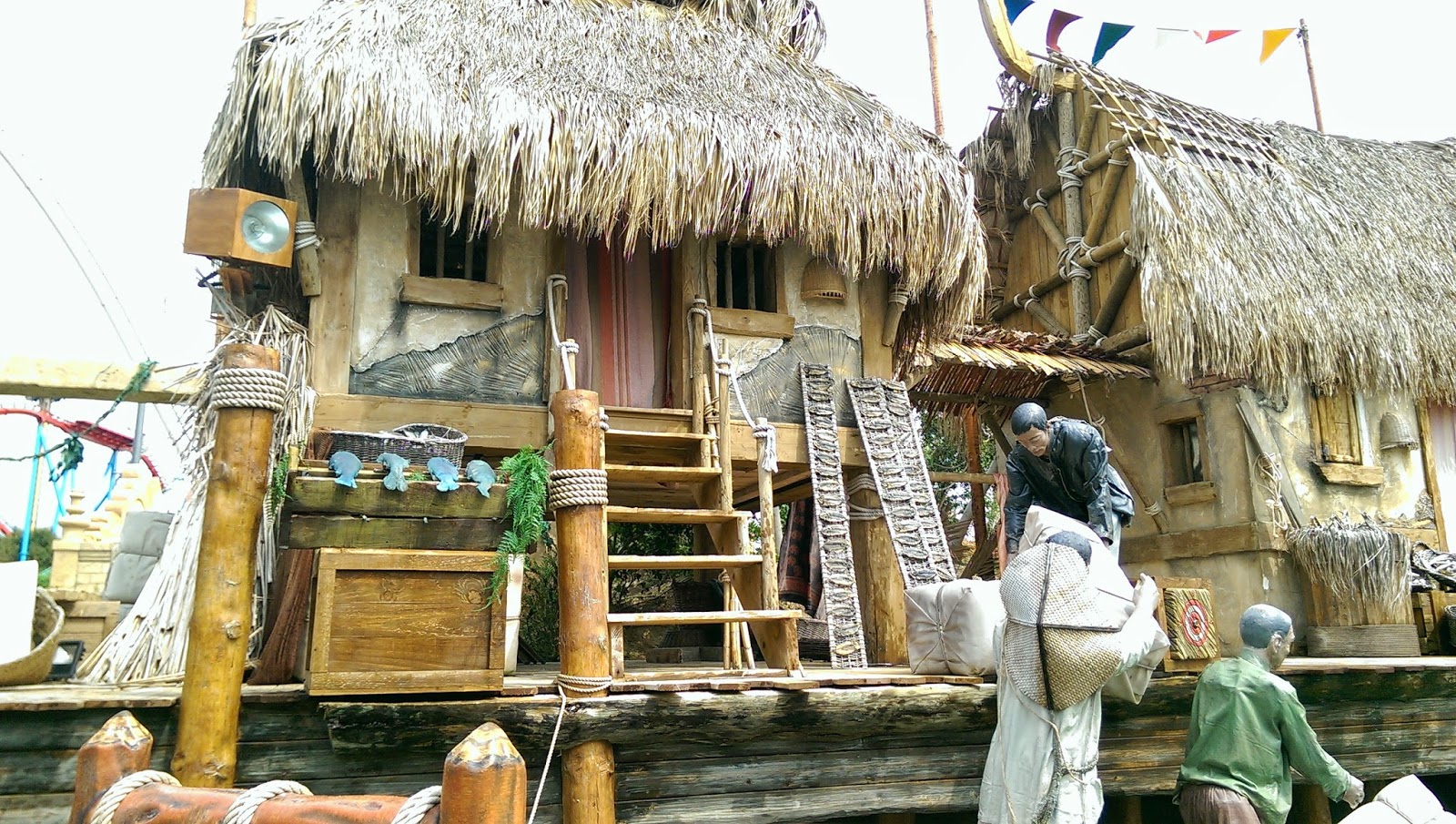 I hope the park is giving those workers adequate breaks! 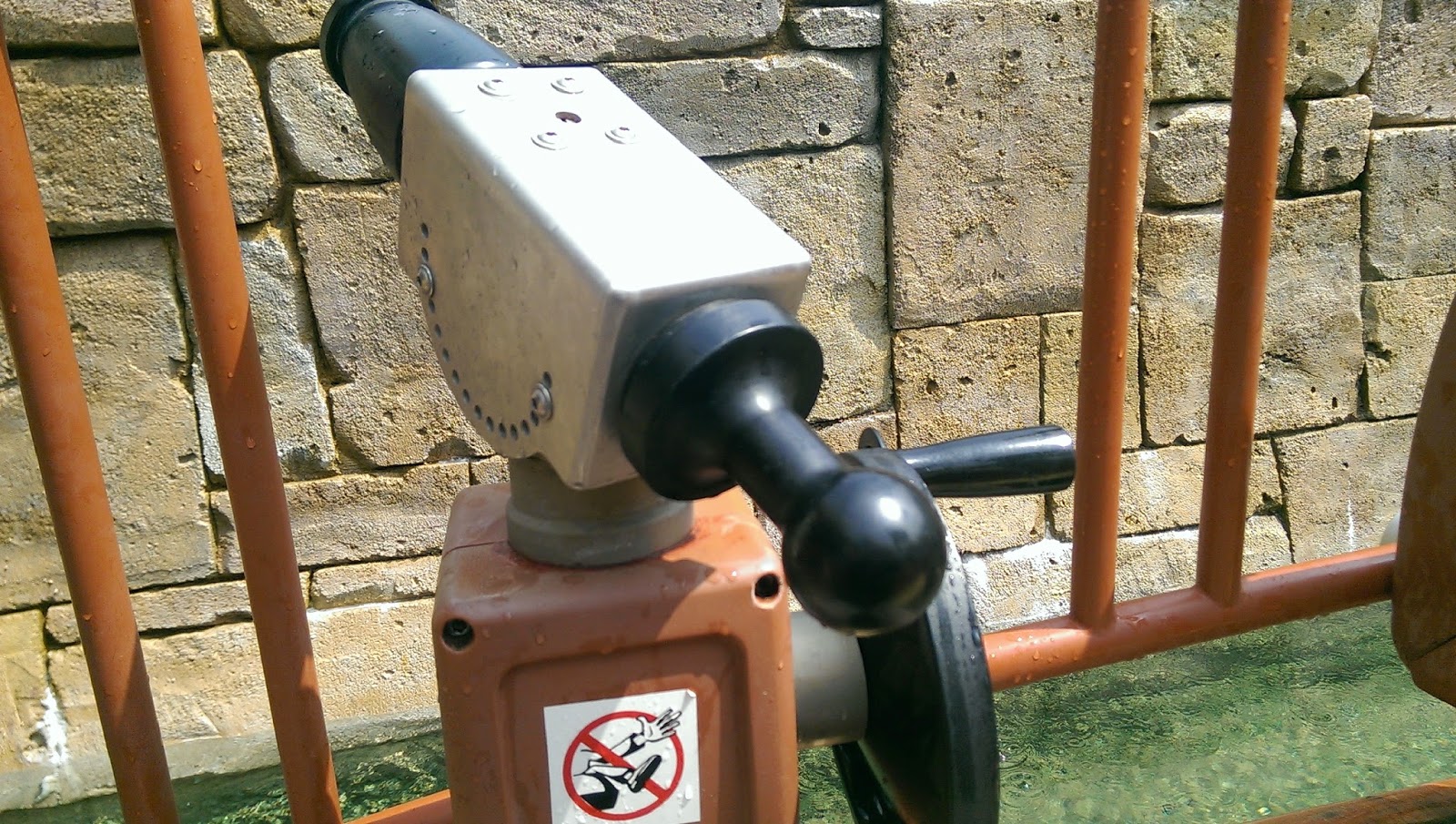 And finally, a nice shot of the Water Guns themselves on the boat. They're very similar to the Six Flags "Tsunami Soaker" Aqua Twist ones.

Overall, Julius gave the ride a 7/10, noting that the ride gets everyone having fun and completely soaked. But, he was disappointed in the immersion of the ride theming. That's a wrap from Spain for now! If you visit Amusement Parks (Like Julius did to PortAventura) and would like to share your crazy adventures with Theme Park Overload, be sure to click the Become a TPO Correspondent tab above to get in contact with us! My Name's Nicholous, and Thanks for Reading!
Location: PortAventura, Avinguda de l'Alcalde Pere Molas, km 2, 43840 Vila-seca, Tarragona, Spain