June 12, 2014
As our Facebook Page followers already know from this week's Live In-Park update photos, TPO headed up north this week to Gurnee, IL to Six Flags Great America! The finishing touches are being put in place for the new Goliath world record breaking wooden coaster, currently under construction at the park! The trains have been testing this past week as all the final checks are being completed for a June 19, 2014 opening! 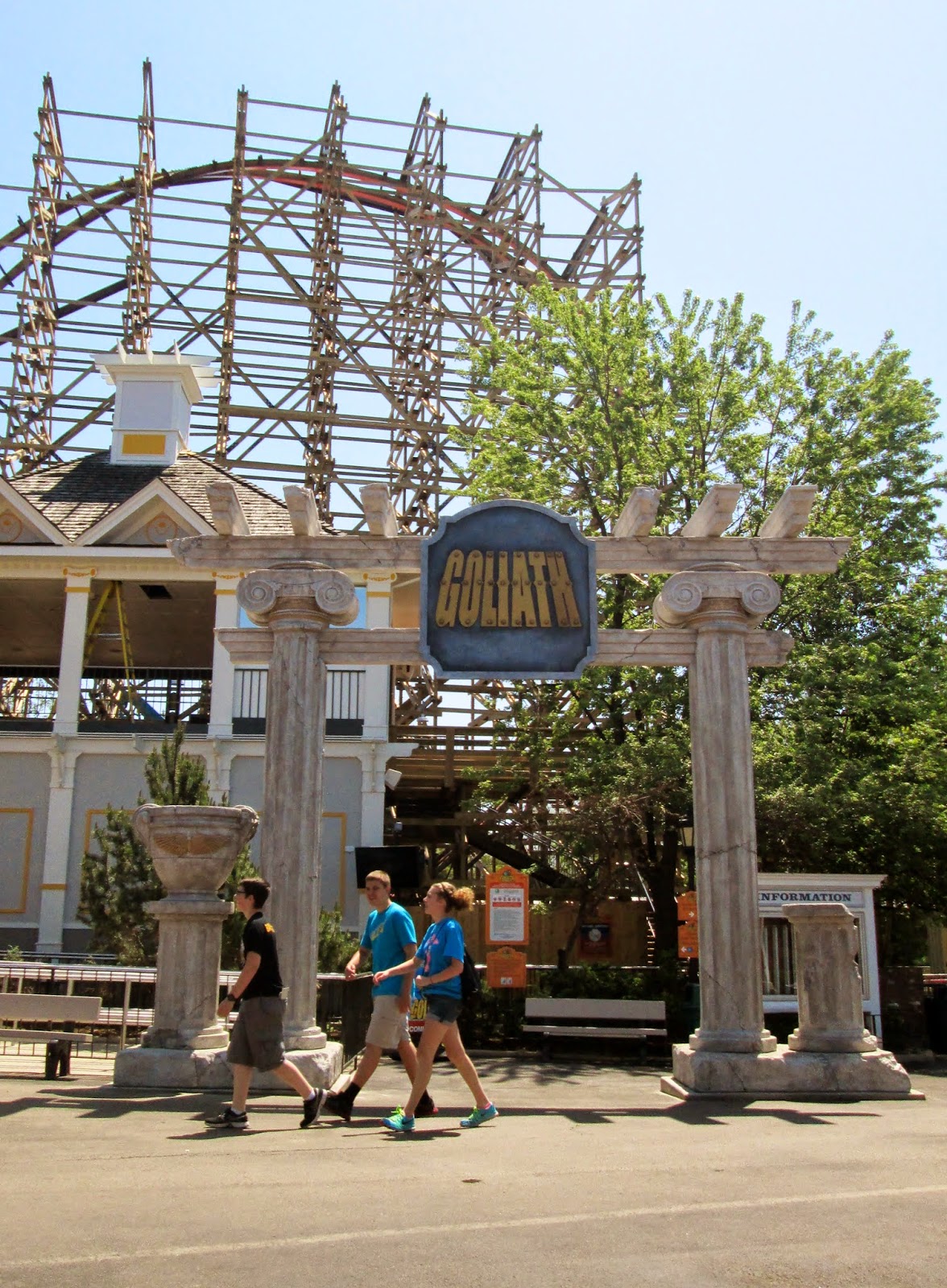 This seriously has to be one of the best EVER ride entrances built for a Six Flags Park...It's solid concrete! 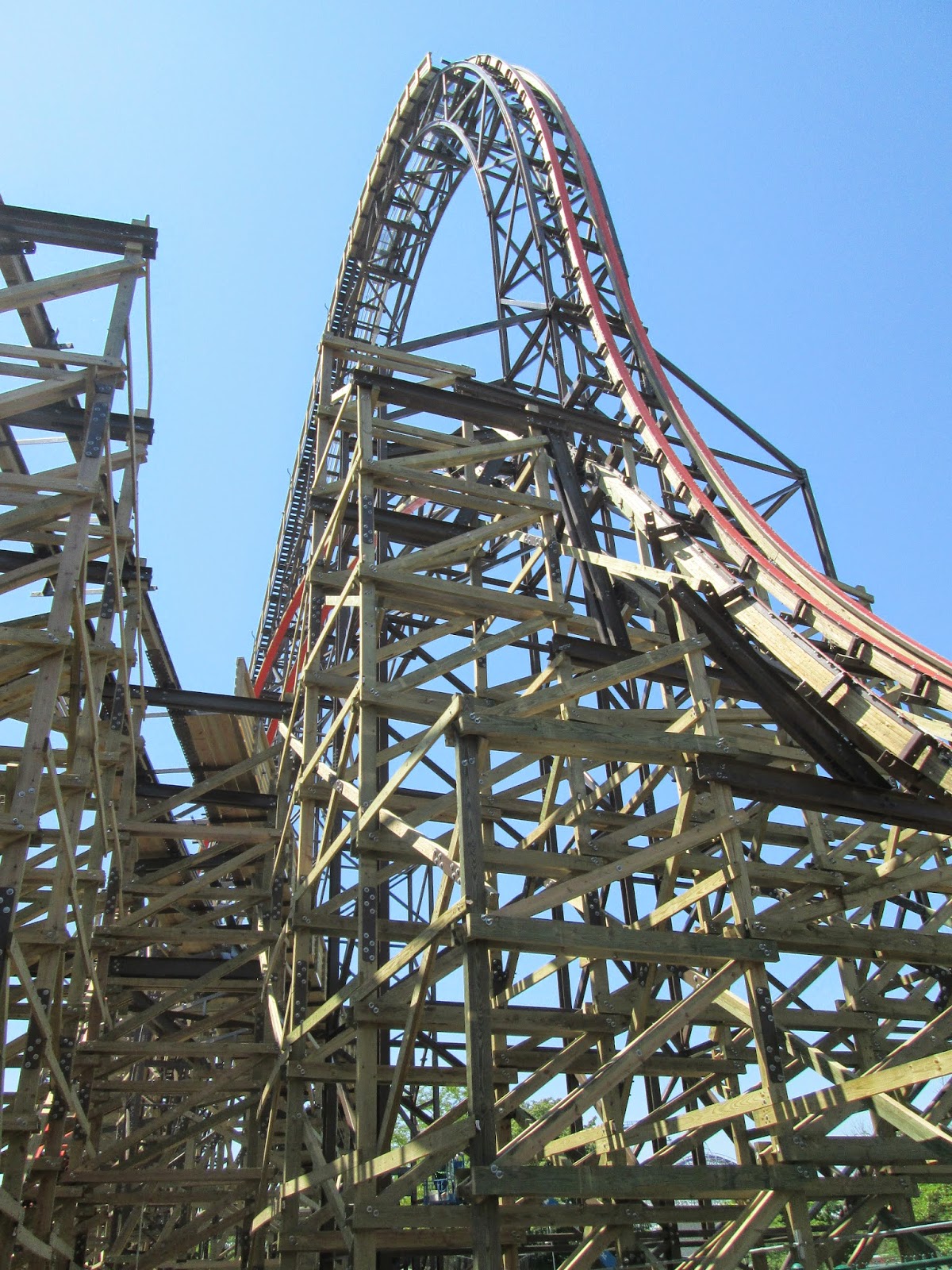 Wait a second to fully take in that 85 degree drop goodness... 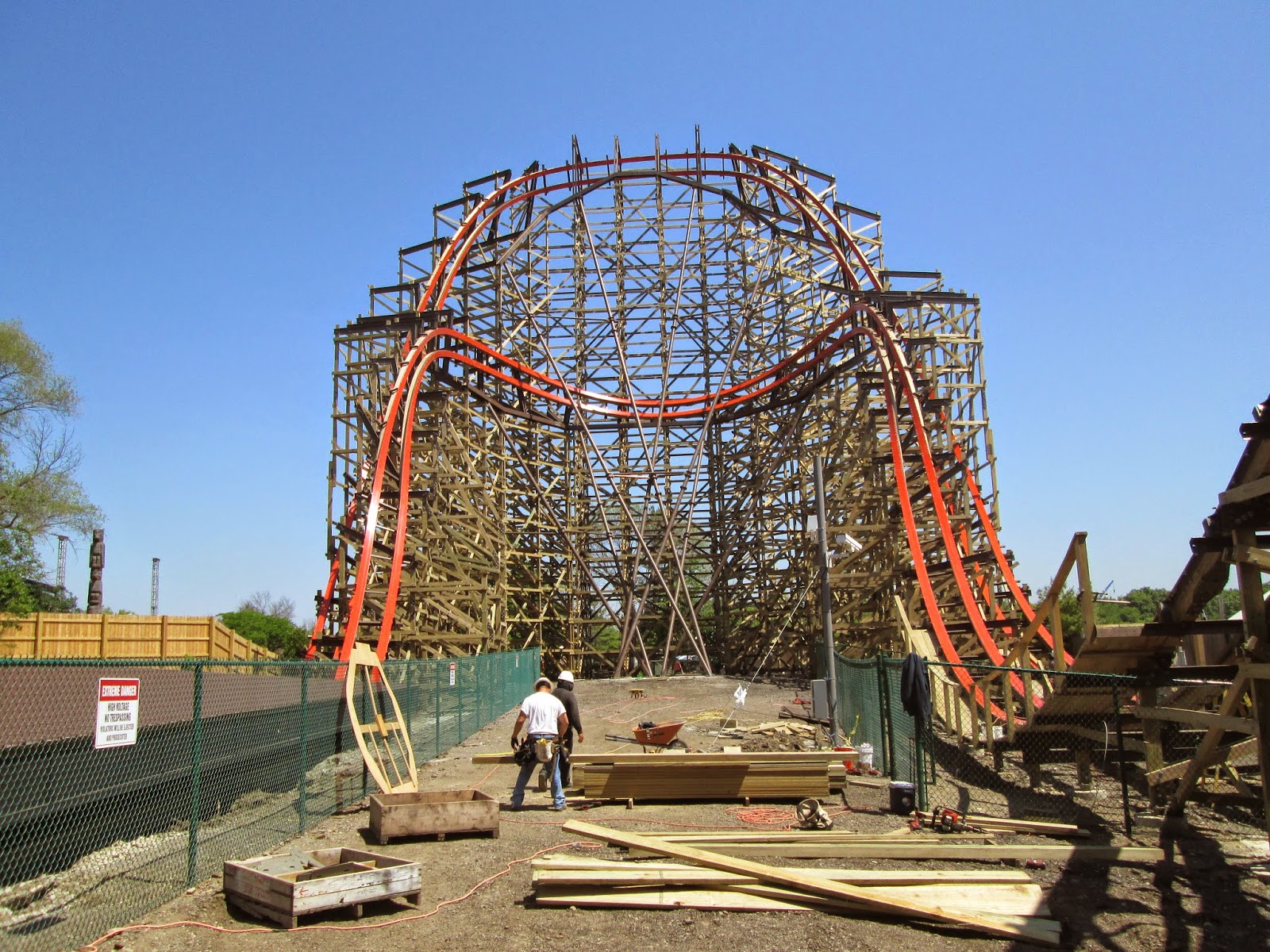 Finished? Good! Cause the 2 Overbanked turns are waiting for your attention as well! 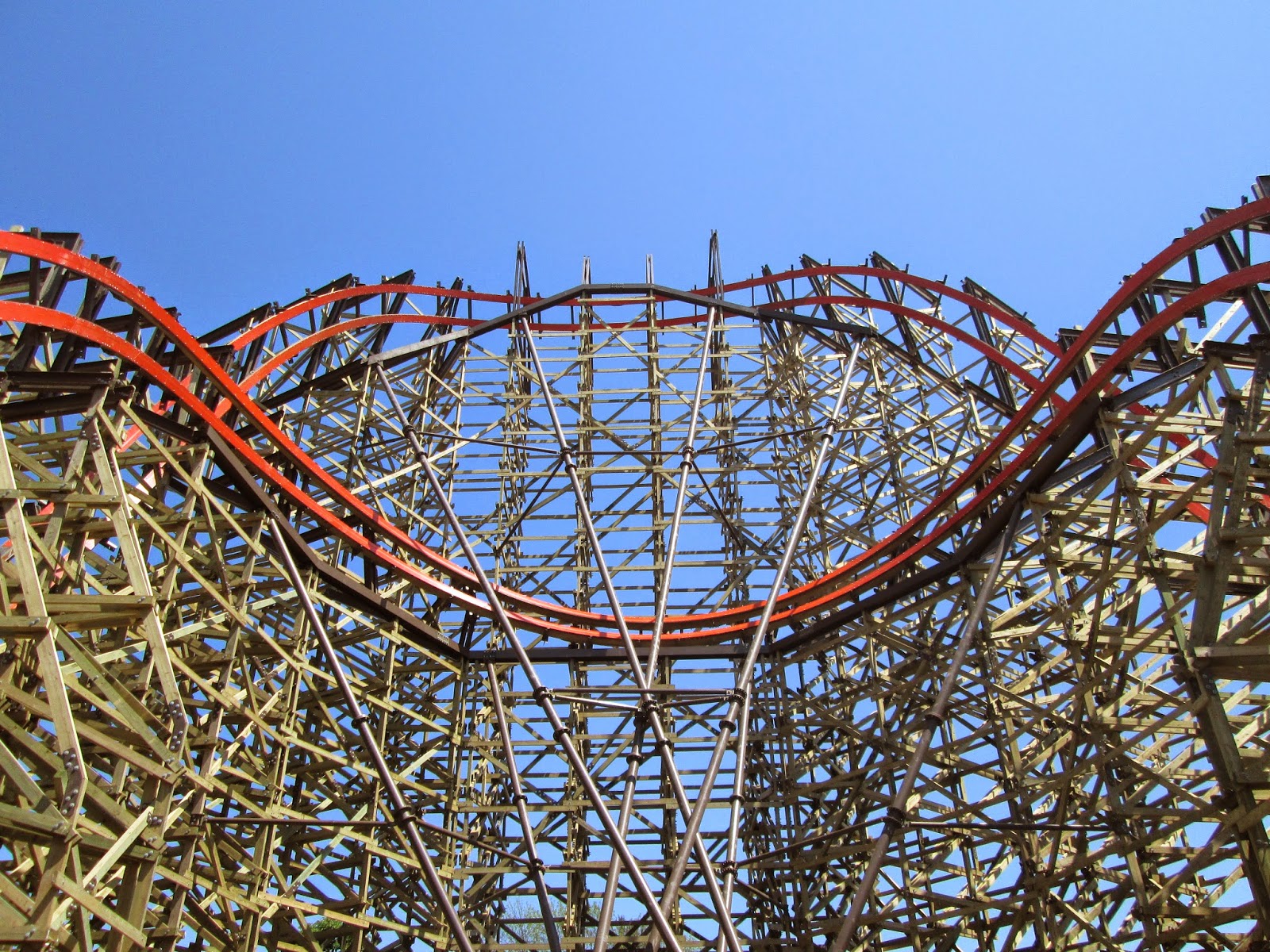 I didn't realize until seeing it in person that the steel support beams provide a headchopper element when traveling through the bottom turn. With all the other tunnels and stuff they have on the other rides at this park, I officially declare Six Flags Great America as the "Headchopper Park"! 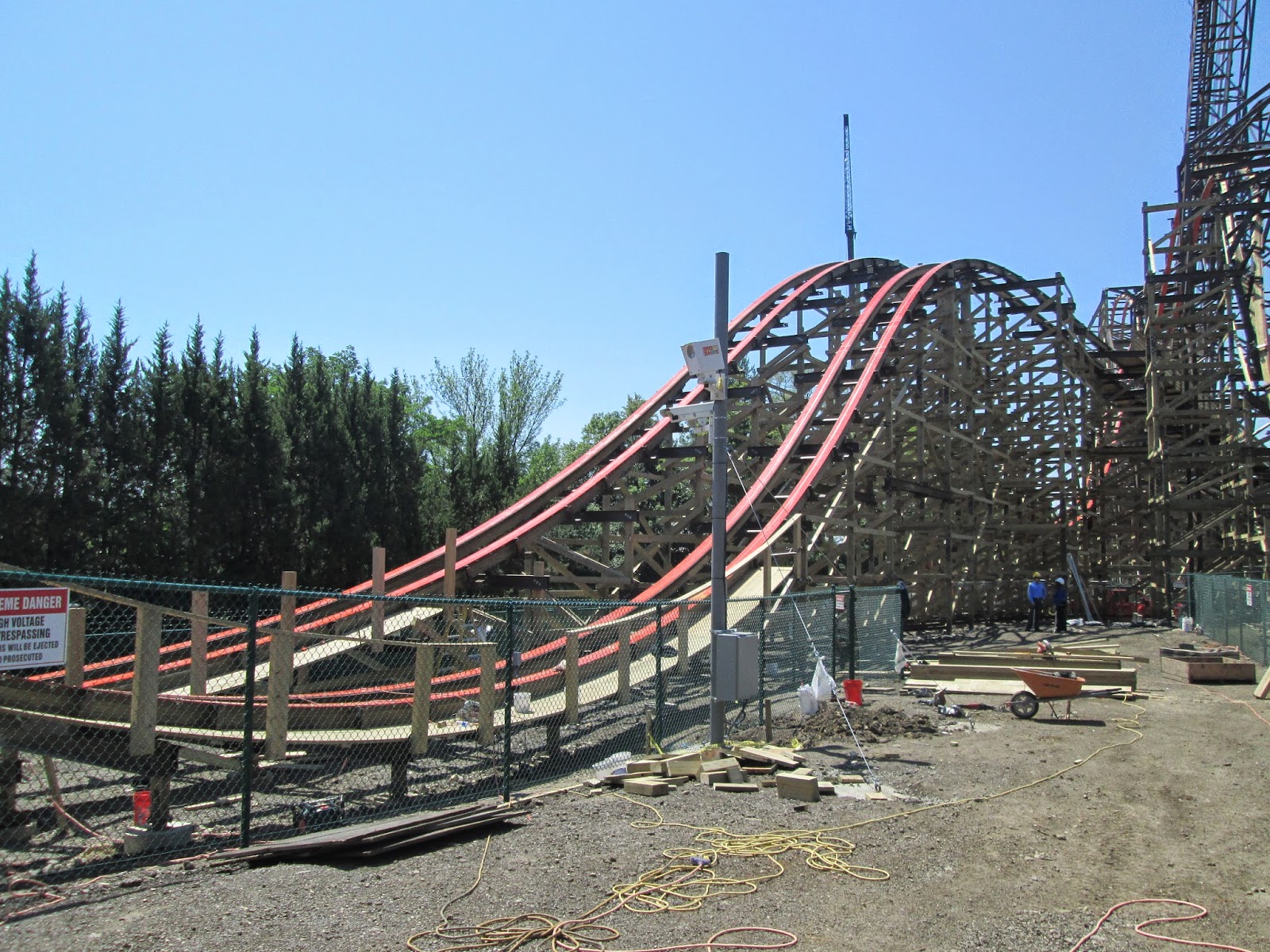 You're going to be hitting these tiny airtime hills at around 60 MPH, so just imagine how much air a backseat rider is going to get! 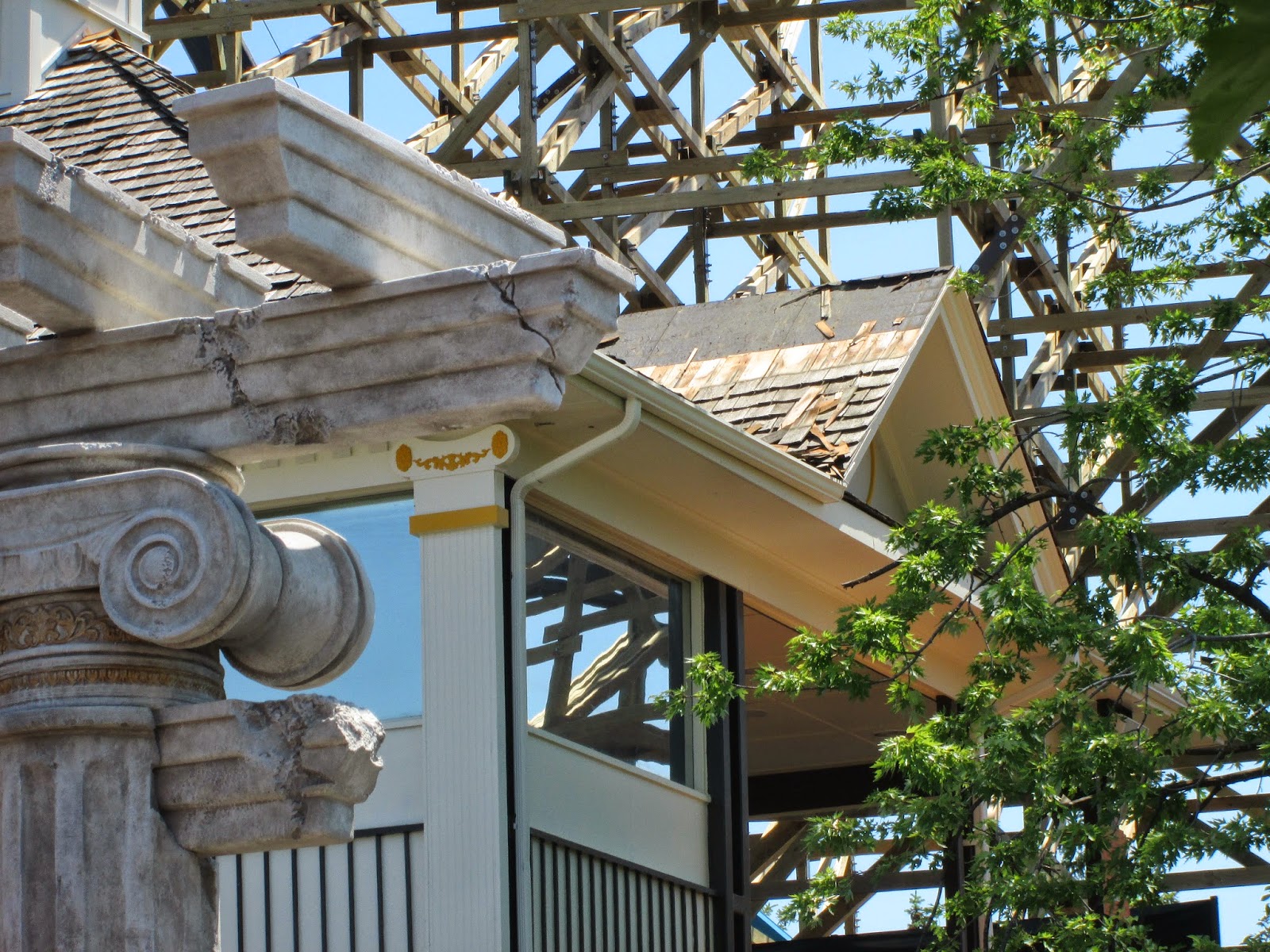 Their was some discussion from earlier this week about the fire that happened in Goliath's station. Katy ensured me that only a few roof shingles were damaged and quickly extinguished, and didn't cause any damage to the ride itself. Being the *Awesome* communications manager for the park like she is, she didn't mind the story being exaggerated because it built up more media coverage and hype for the ride! 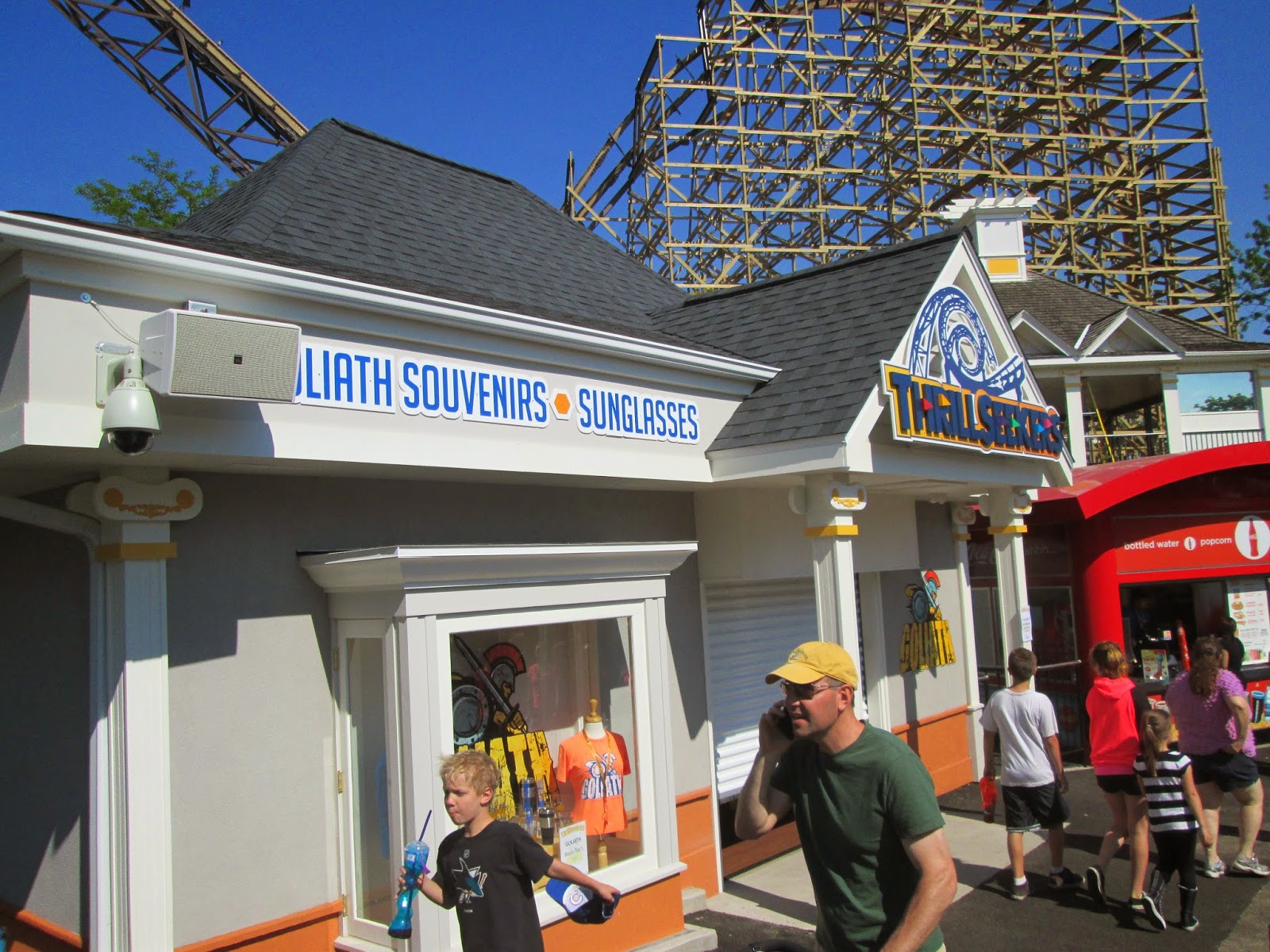 Right next door, the new Thrill Seekers retail shop is anxiously awaiting the opening of Goliath as well, as it will not open until the ride does! 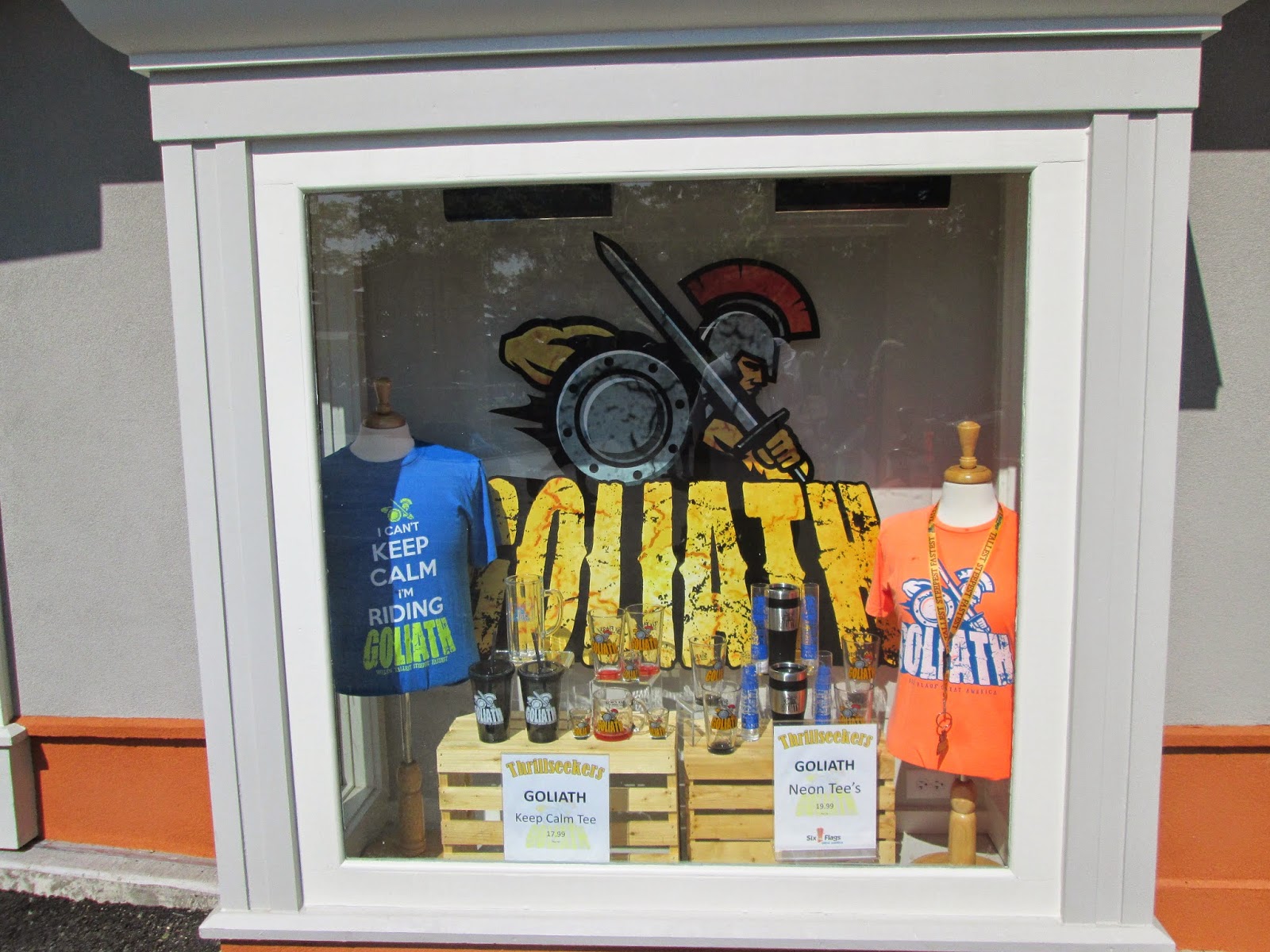 Some of the new Goliath merchandise currently for sale (Other stores in the park are currently selling Goliath stuff as well). 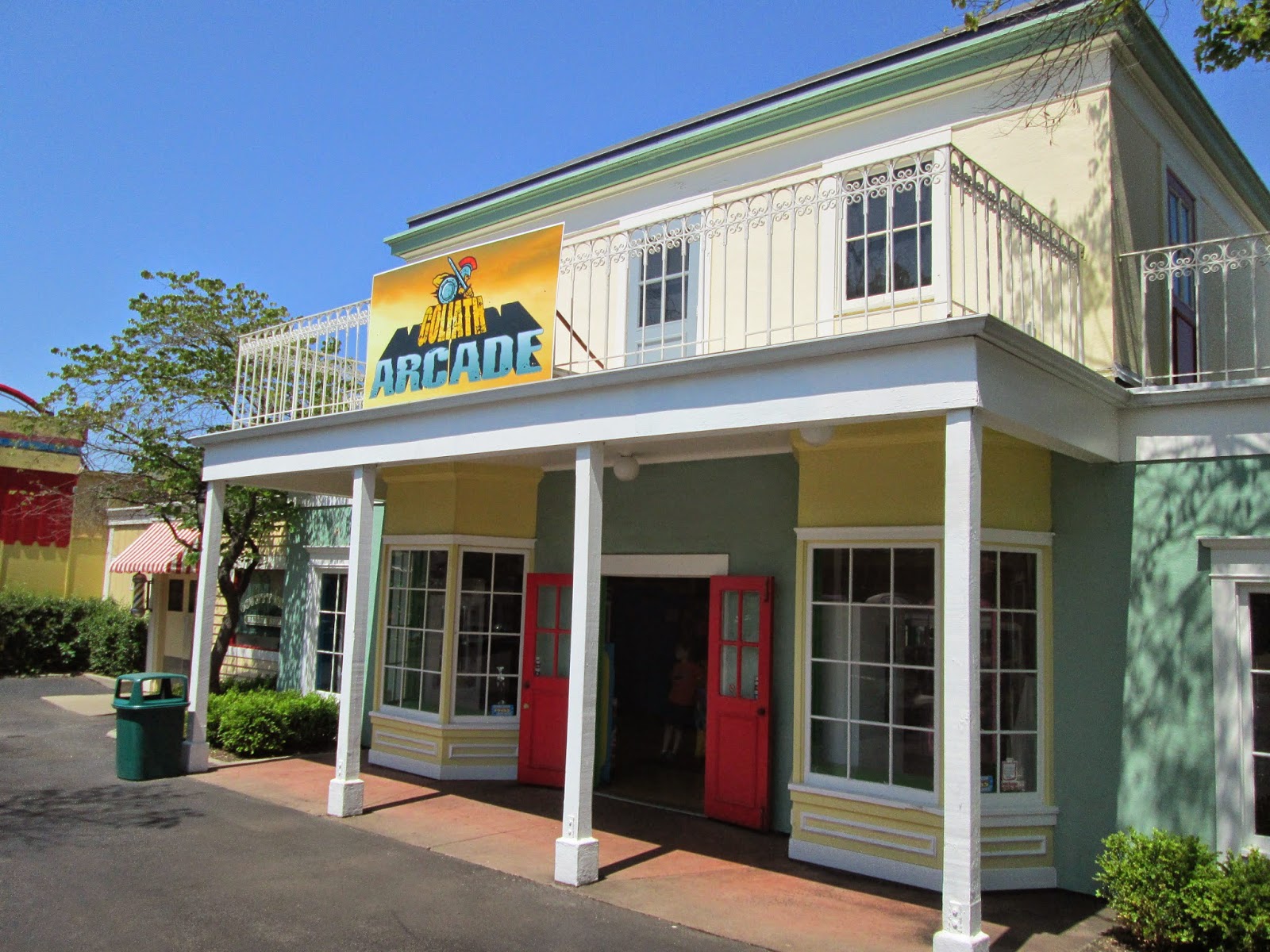 Don't forget about the "Goliath" arcade! 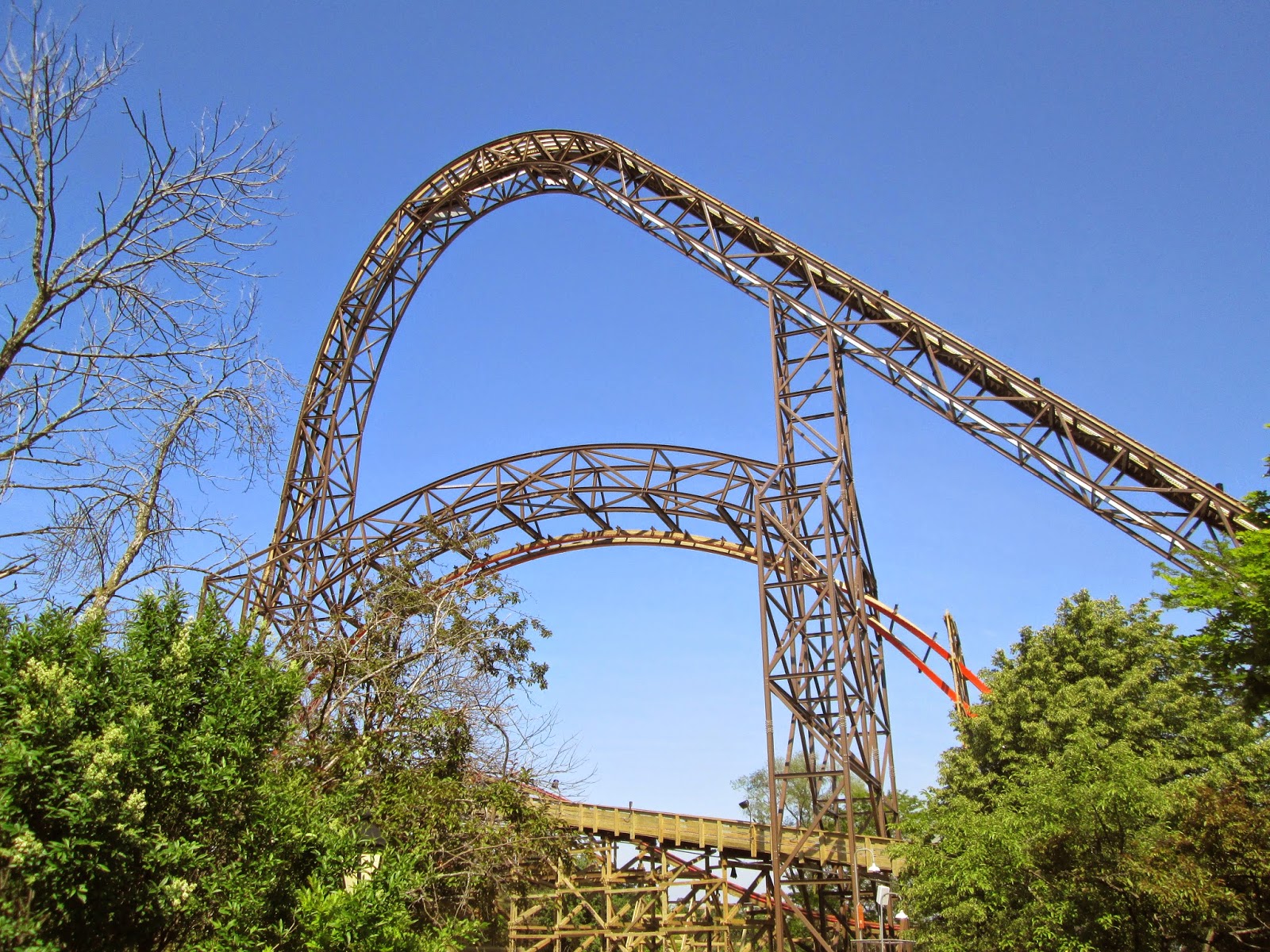 Quite seriously though, the thing is incredibly massive in person. The whole ride looks like it was dropped right out of a video game, in the sense of how innovative and unique it is. I'm still wiping tears that it was delayed and not open for my visit :( 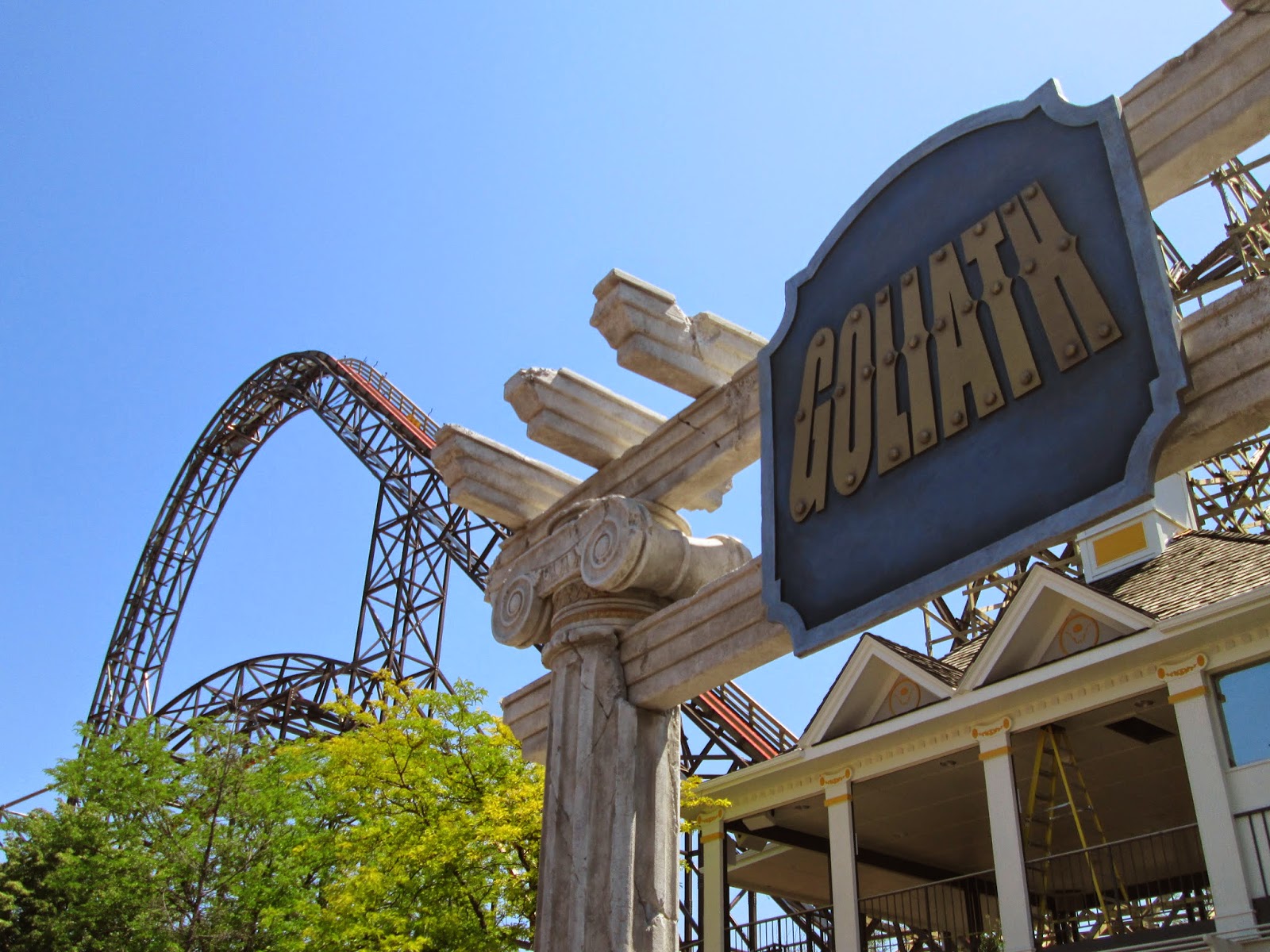 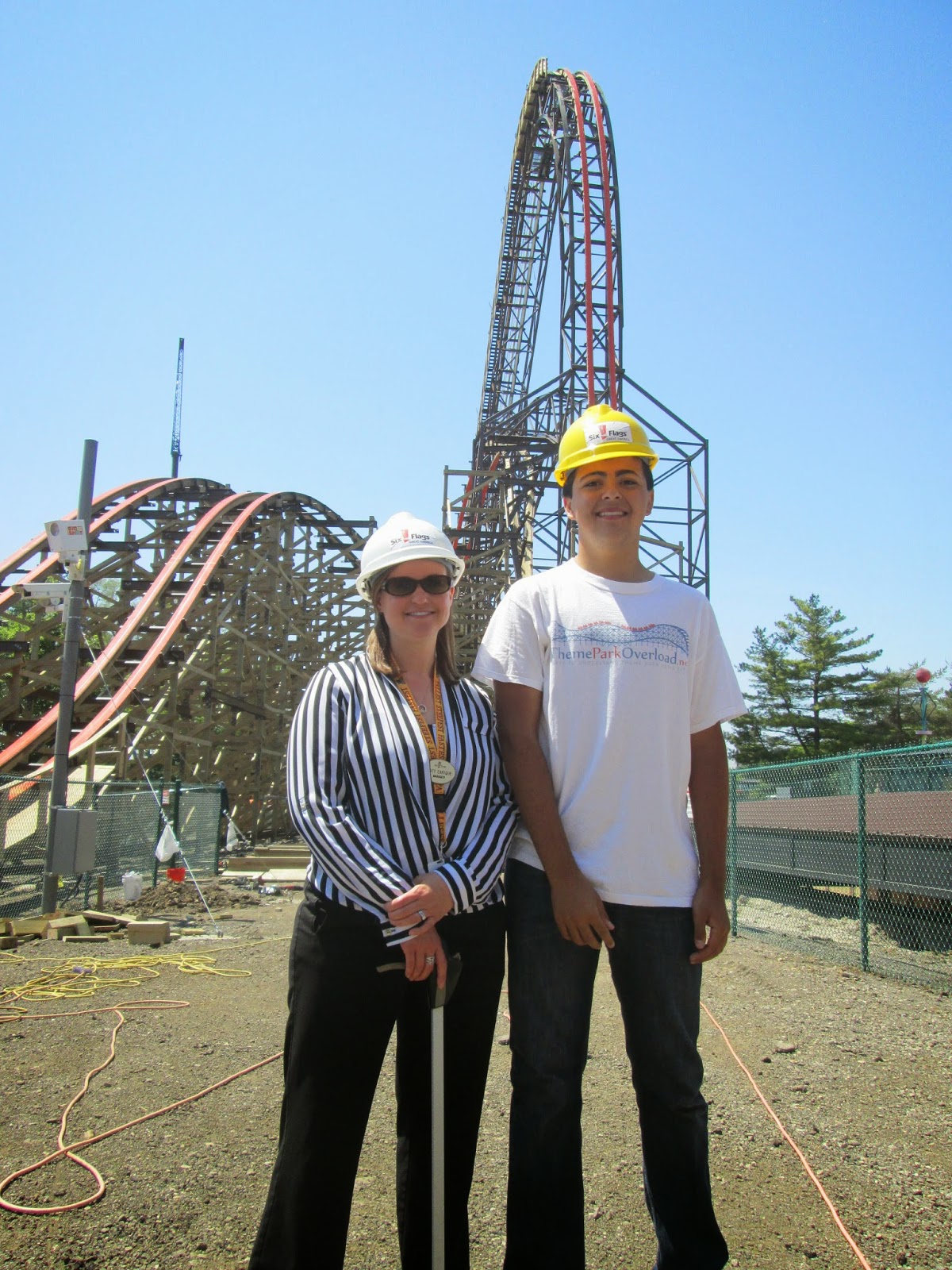 Thanks again to Katy Enrique and her team for letting me cover the construction site. I can already tell this is going to be a fantastic ride experience once it opens. Though on the short side, the speed, airtime, hangtime, tunnels, high banked turns, and steepness should come together for an impressive experience. The ride is 3,100 feet long, hits a top speed of 72 MPH, and will last 1 minute and 36 seconds.

Stay tuned to Theme Park Overload, as we have more articles coming from Six Flags Great America and Mt. Olympus Theme Park Resort over the next few days! My name's Nicholous, and Thanks for Reading!