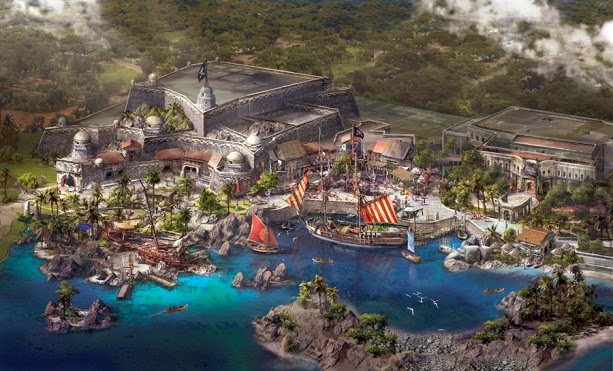 Shanghai Disneyland has an exciting announcement on a new land unique to the now under-construction resort! Read the official release below!


"Shanghai Disney Resort today announced that the first of its Magic-Kingdom theme park's six themed lands will be dedicated to characters and stories inspired by the blockbuster movie franchise, Pirates of the Caribbean. This first-ever Pirates-themed land in a Disney park, to be named Treasure Cove, will be unique to Shanghai Disneyland and include a major attraction, Pirates of the Caribbean: Battle of the Sunken Treasure, an all-new high-technology boat ride attraction. Today's announcement coincides with the completion of key structural work on the Pirates attraction, and marks another exciting milestone in the resort development. 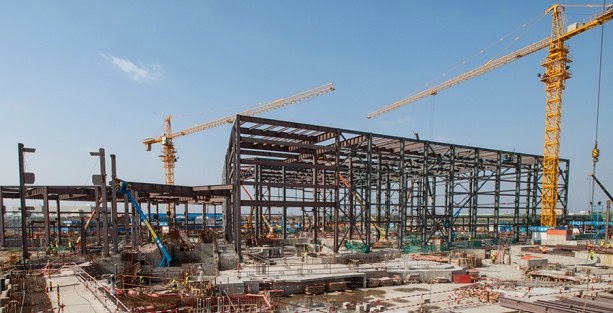 Seamlessly blending Disney's storytelling and state-of-the-art technologies, Pirates of the Caribbean: Battle of the Sunken Treasure will be the first attraction built since the release of the Pirates films, and the first to heavily feature the characters and scenes derived directly from the movies. Employing many never-before-seen effects and technologies, Guests will be enlisted to go with Captain Jack Sparrow on an epic journey to find Captain Davy Jones' treasure. The ride will take Guests down to the ocean depths, through the bellies of pirate ships, and straight into the heart of a ferocious naval battle, all the while braving the nautical twists, spins and turns of a pirate adventure.
"We are excited to celebrate this new milestone in Shanghai Disney Resort's development," said Bill Ernest, President and Managing Director, Asia, Walt Disney Parks and Resorts. "And we're thrilled to announce that the resort's theme park will be home to a first new themed land and attraction, inspired by the phenomenal Pirates of the Caribbean movies that were originally inspired by a Disney attraction. It is truly unique to Shanghai Disney Resort!"
"We are committed to creating experiences which honor both Disney heritage and appeal to our Chinese Guests," said Mike Crawford, General Manager of Shanghai Disney Resort. "With a combination of new cutting-edge technology and innovation, Pirates of the Caribbean: Battle of the Sunken Treasure will take our Guests at Shanghai Disney Resort on a first-of-its-kind pirate adventure you will never experience anywhere else in the world."

All eyes will be on Pudong, China in December of next year when the Shanghai Disneyland Resort will welcome the first guests into the park. That's all from TPO from now! Make sure to "LIKE" our Facebook page for exclusive news and content! www.Facebook.com/ThemeParkOverload My name's Nicholous, and Thanks for Reading!
Location: Pudong, Shanghai, China