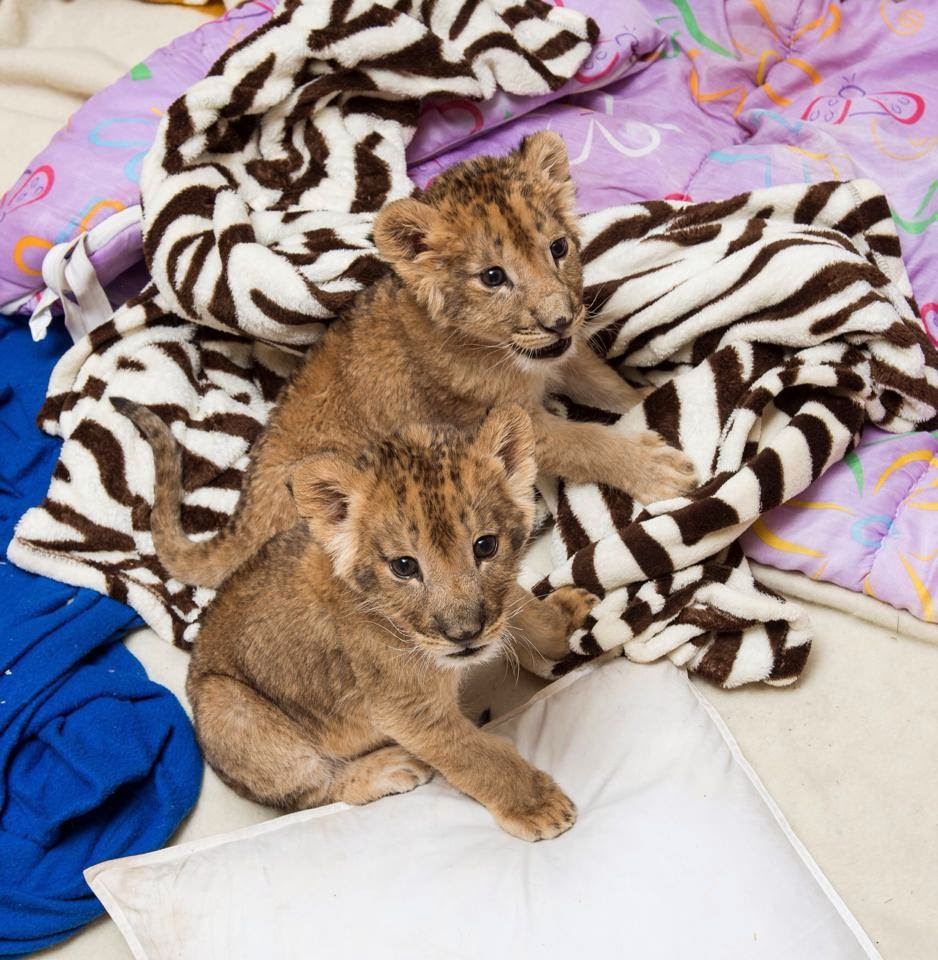 Three recently born baby lions have been named through a Facebook Contest put on by Six Flags Great Adventure! Being located on the 510 acre entertainment complex located in Jackson, NJ the new cubs will be located on the massive wildlife plain encompassed within the park's property. Here's the official release from the park.

"The votes are in, and Six Flags Great Adventure and Safari’s three, adorable African lion cubs now have names thanks to the overwhelming response from fans on the park’s Facebook page. The brothers born January 10 were named Kanu, meaning “wildcat,” and Kondo, meaning “warrior,” one week ago. The single, tiny cub born one month ago was today named Kiume, meaning “strong.”
Nearly four thousand fans voted to name the cubs, with another seven thousand fans “liking” the Facebook posts. The names, all African in origin, reflect a theme among the lion pride at Six Flags, said Dr. Ken Keiffer, veterinarian and one of the cubs’ chief caretakers.

“Nearly all of our twenty-one lions have African names, like Bakari, Zahra, Kali, Mandisa, Malika, Jengu, Lehana, Leo and Leona. We were excited to get our fans involved, and think Kanu, Kondo and Kiume are great additions,” Keiffer said.

The Six Flags animal care team made headlines several weeks ago when it was reported that they had adopted the role of surrogate mother to the three cubs. Due to medical distress and lack of care by the cubs’ mothers, the animal care team stepped in to take over the caretaking responsibilities, including around-the-clock feedings and the teaching of some basic life skills.
"Caretaking is not only our responsibility, it is our passion," Keiffer said. "An opportunity like this is simply amazing."

This spring, guests can see the lion cubs on the Safari Off Road Adventure attraction in Camp Aventura. The cubs are expected to spend much of the season there, allowing guests to watch their progress. Then, Kanu, Kondo and Kiume will be introduced to a larger pride in the Safari’s lion section, Kingsland. When full grown, the three male lions will weigh approximately 500 pounds each.
Six Flags’ animal care team is adept at hand-raising exotic animals. From bear cubs to blackbuck calves, the team has devoted countless hours to caring for the Safari’s youngest residents. This spring, a giraffe calf named Josie that was hand-raised by staff in 2013 will make her debut in the African Plains section."

Six Flags has done a great job taking care and raising animals at their New Jersey and California properties, so rest assured the little guys will have a good home. That's all for now from Theme Park Overload. My name's Nicholous, and Thanks for Reading!
Location: Six Flags Great Adventure, 1 Six Flags Blvd, Jackson, NJ 08527, USA