January 09, 2014
Welcome to Theme Park Overload! We visited Six Flags Discovery Kingdom last week to check out all the latest happenings in the park (Tsunami Soaker construction, Wave Jumper removal, Holiday in the Park) and took our camera along with us! 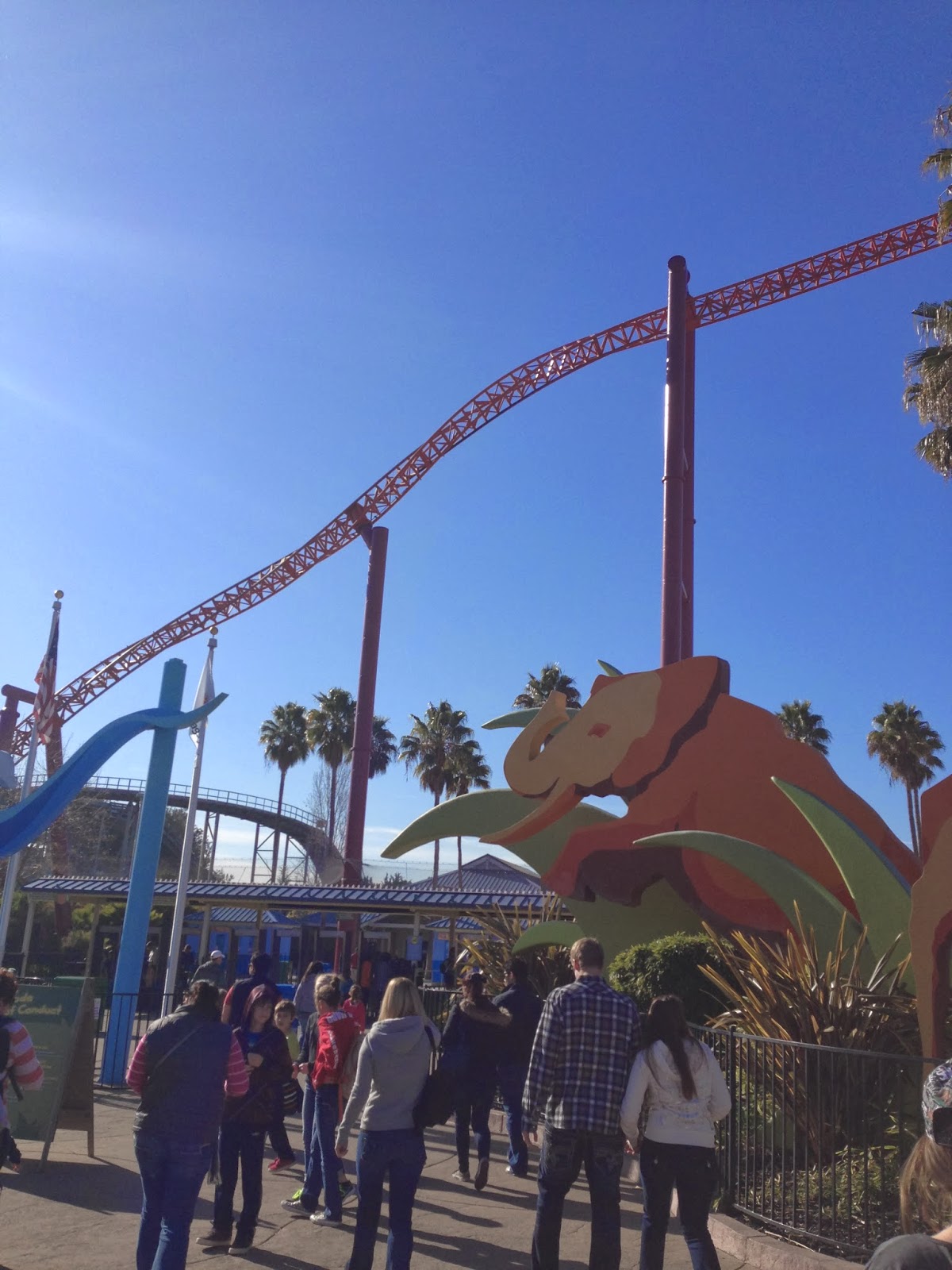 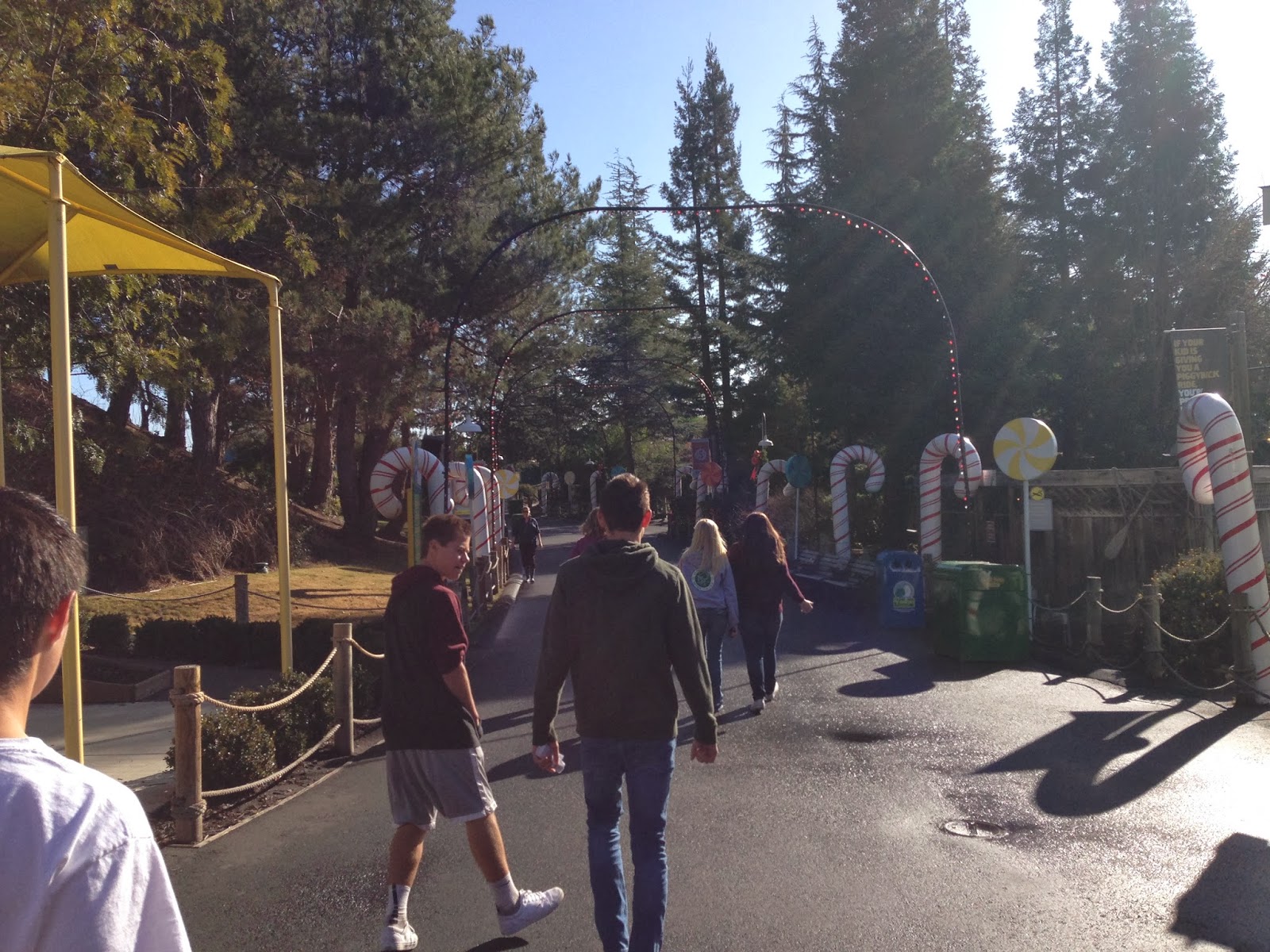 The usual candy canes are back this year on the walking path to Roar Plaza. 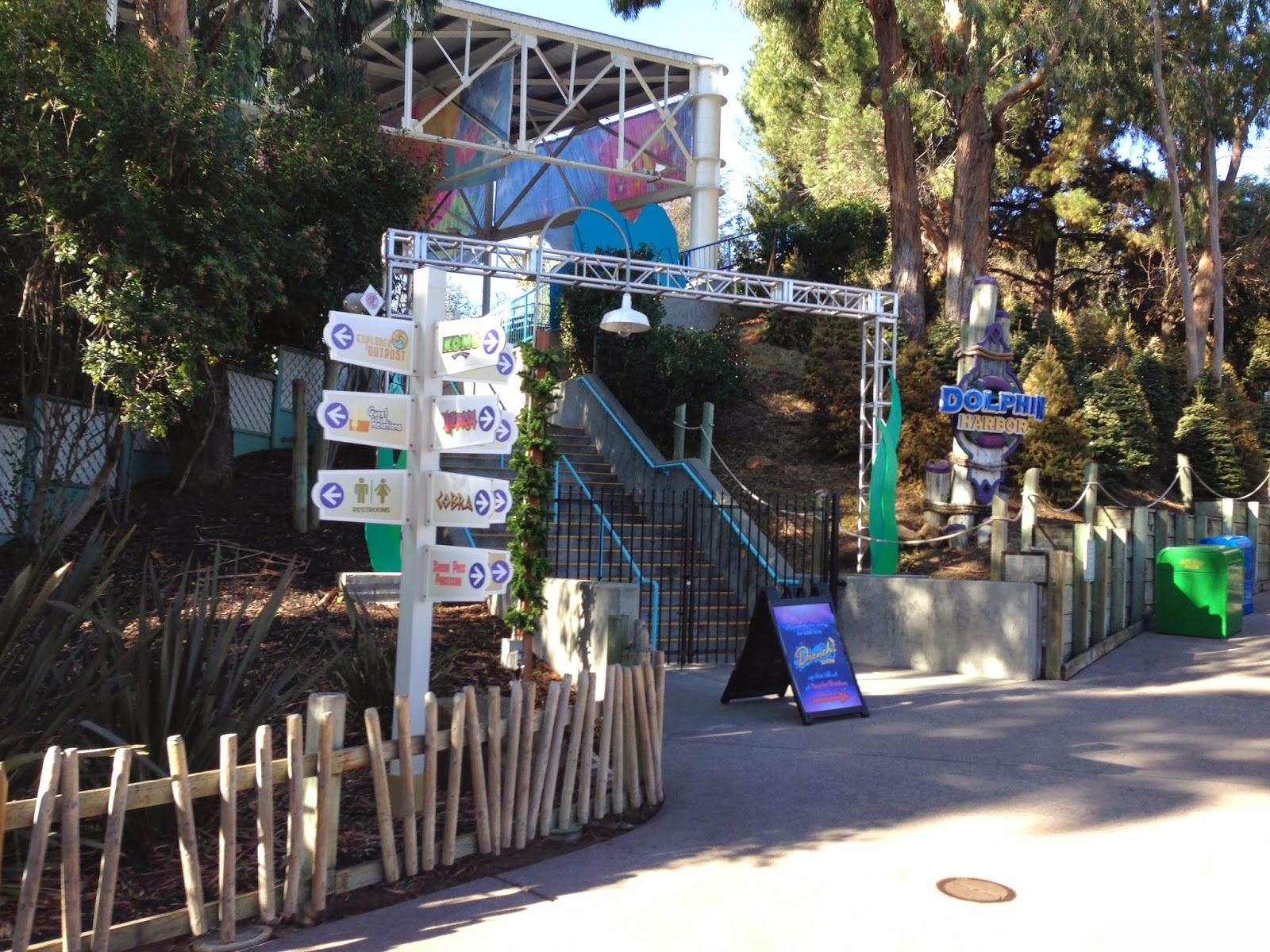 Cirque Dreams Splashtastic is closed until its brought back this Spring. 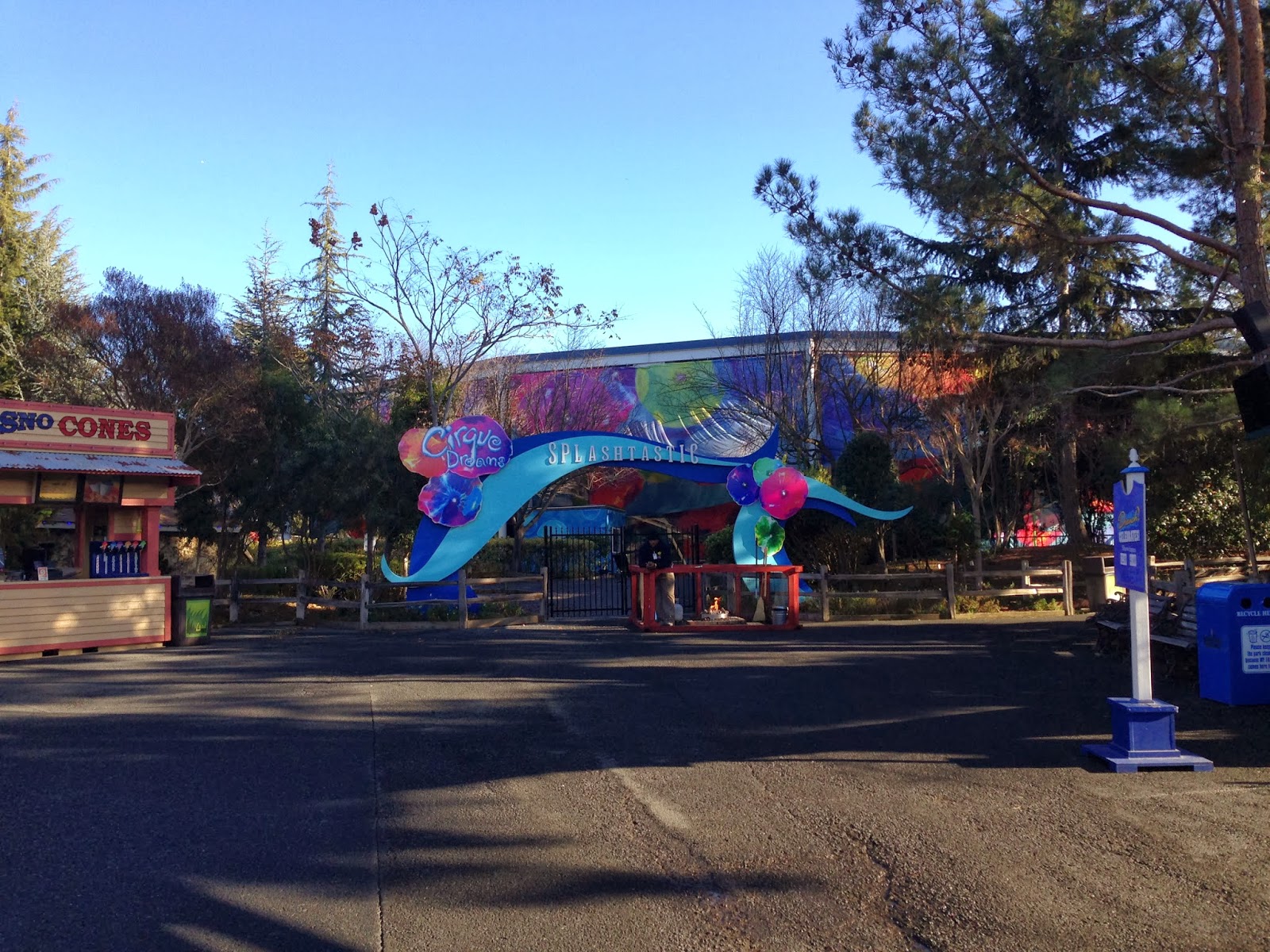 The show was definitely a hit for the park, and I'm happy to see it return next season! 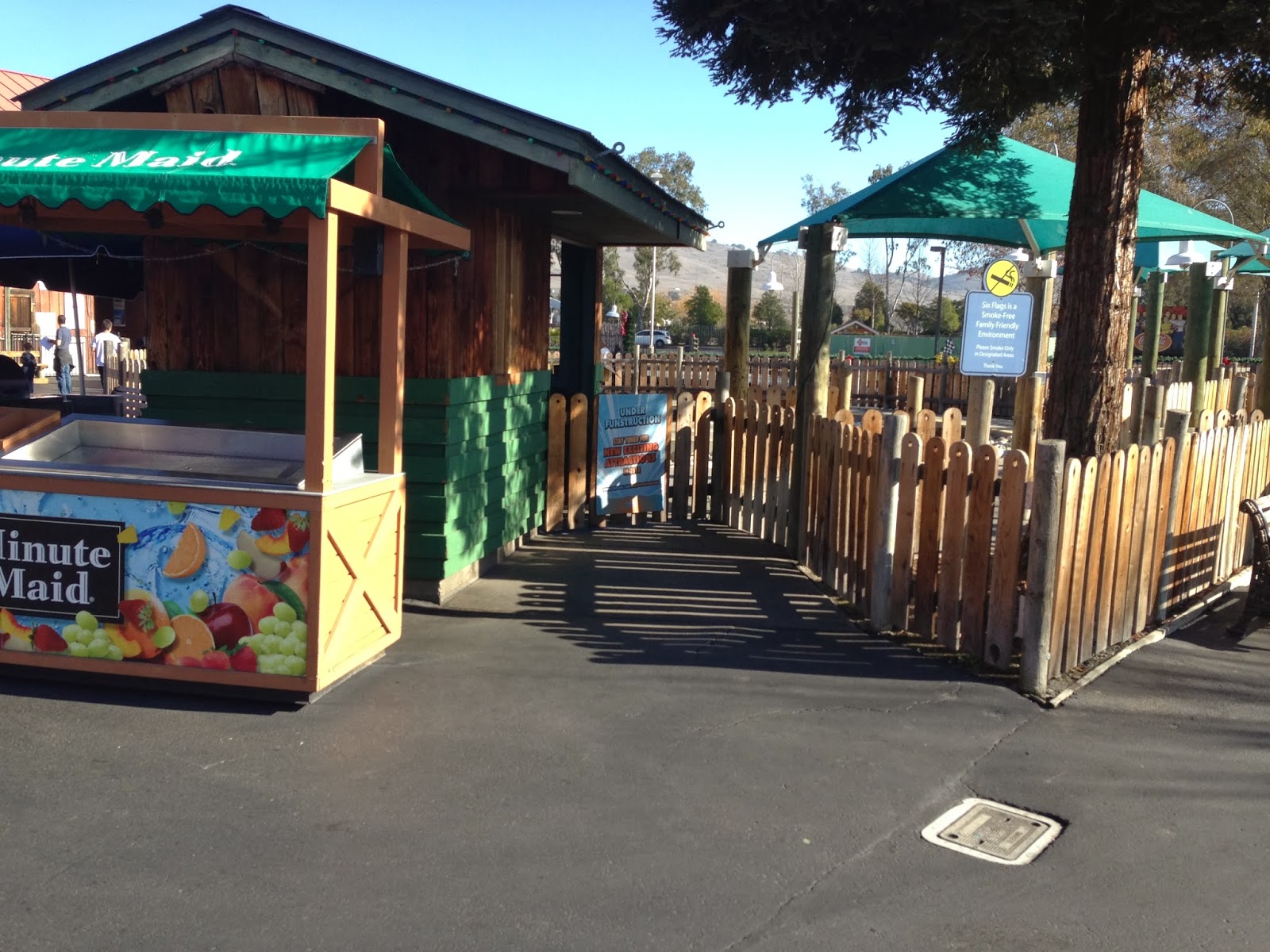 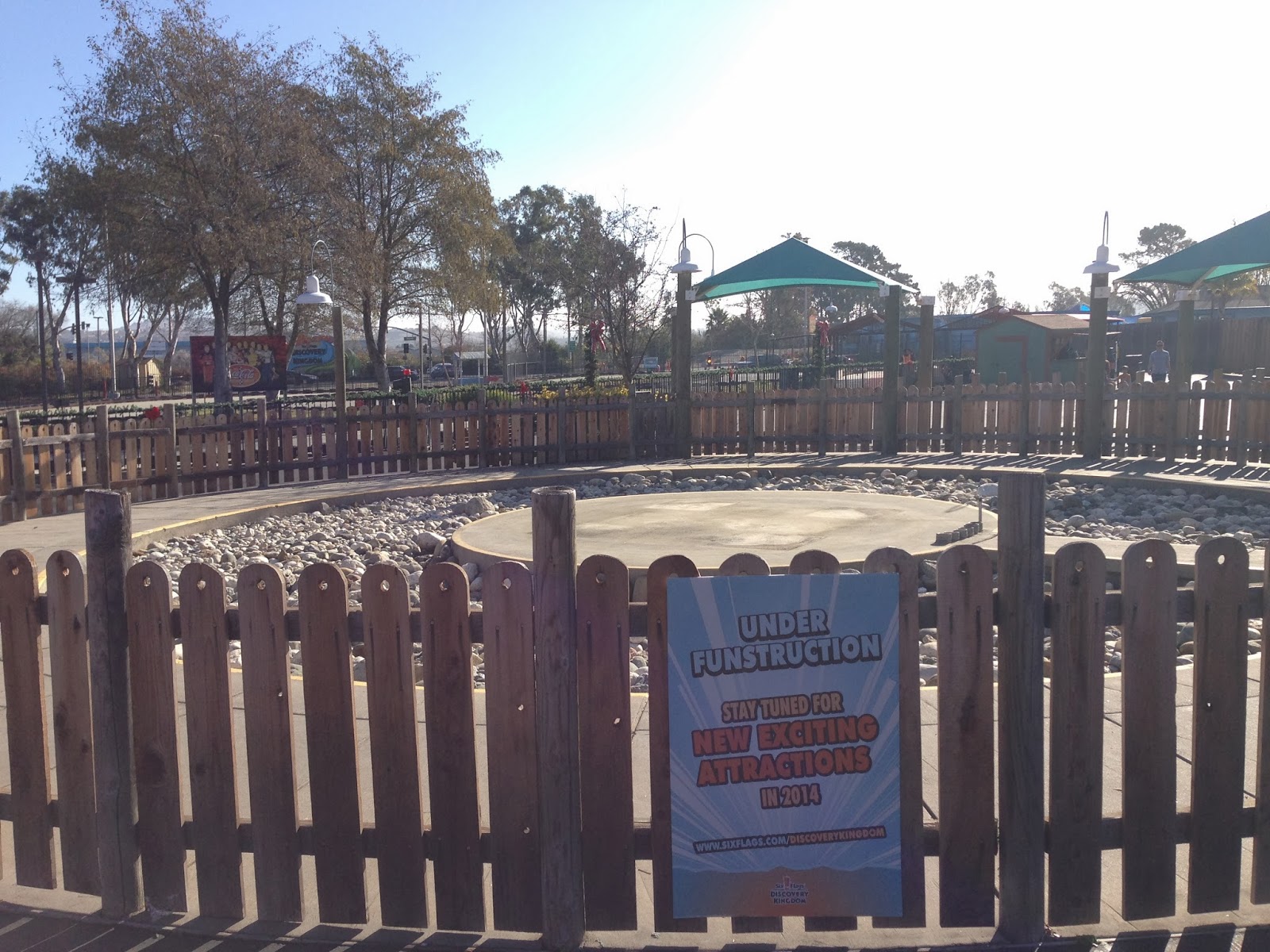 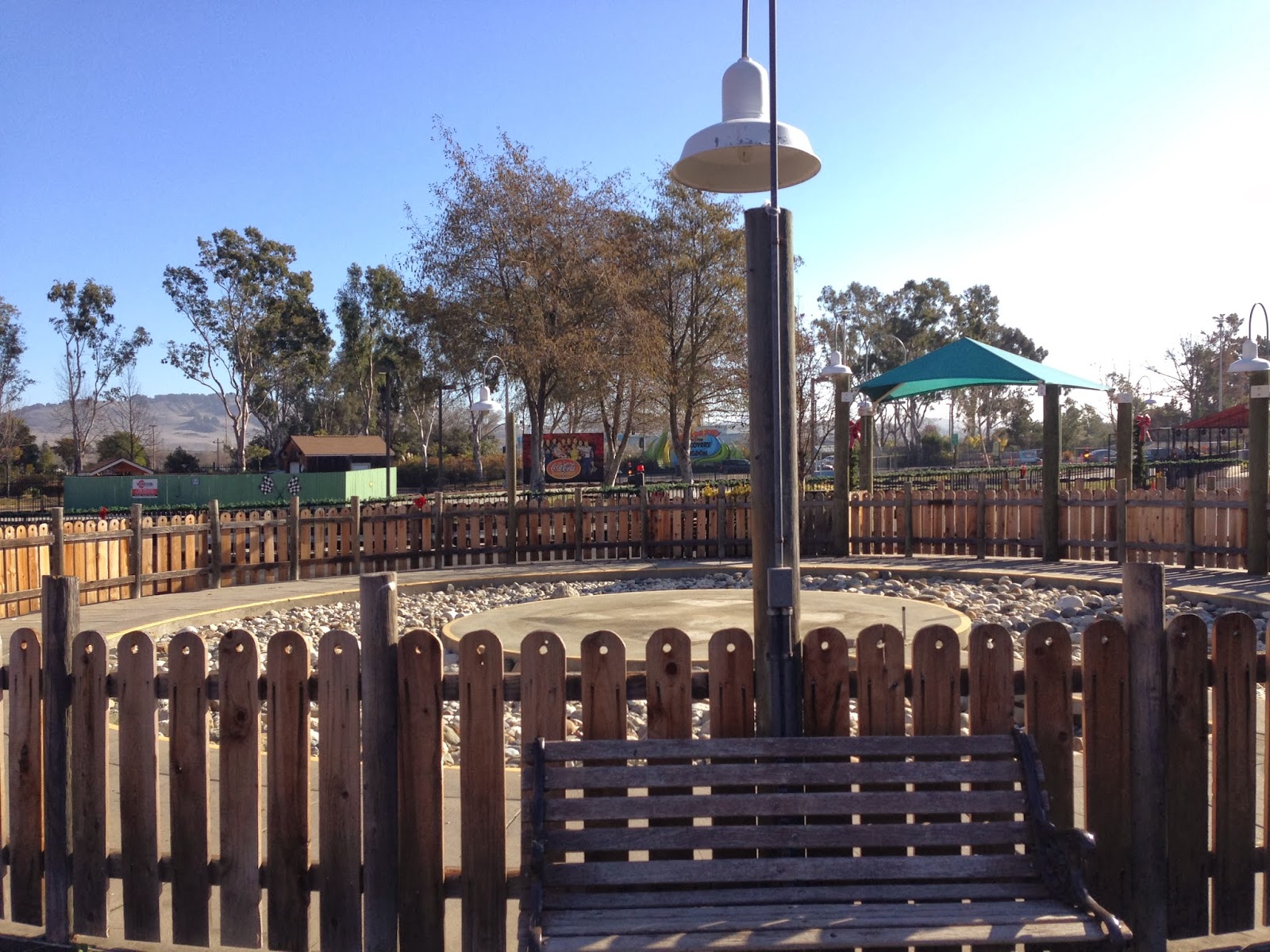 I rode Wave Jumper once or twice before they removed it, and it was nothing special. Their is an identical ride themed to flying elephants on the other side of Tava's Jungleland that'll keep Wave Jumper Fanboys satisfied. 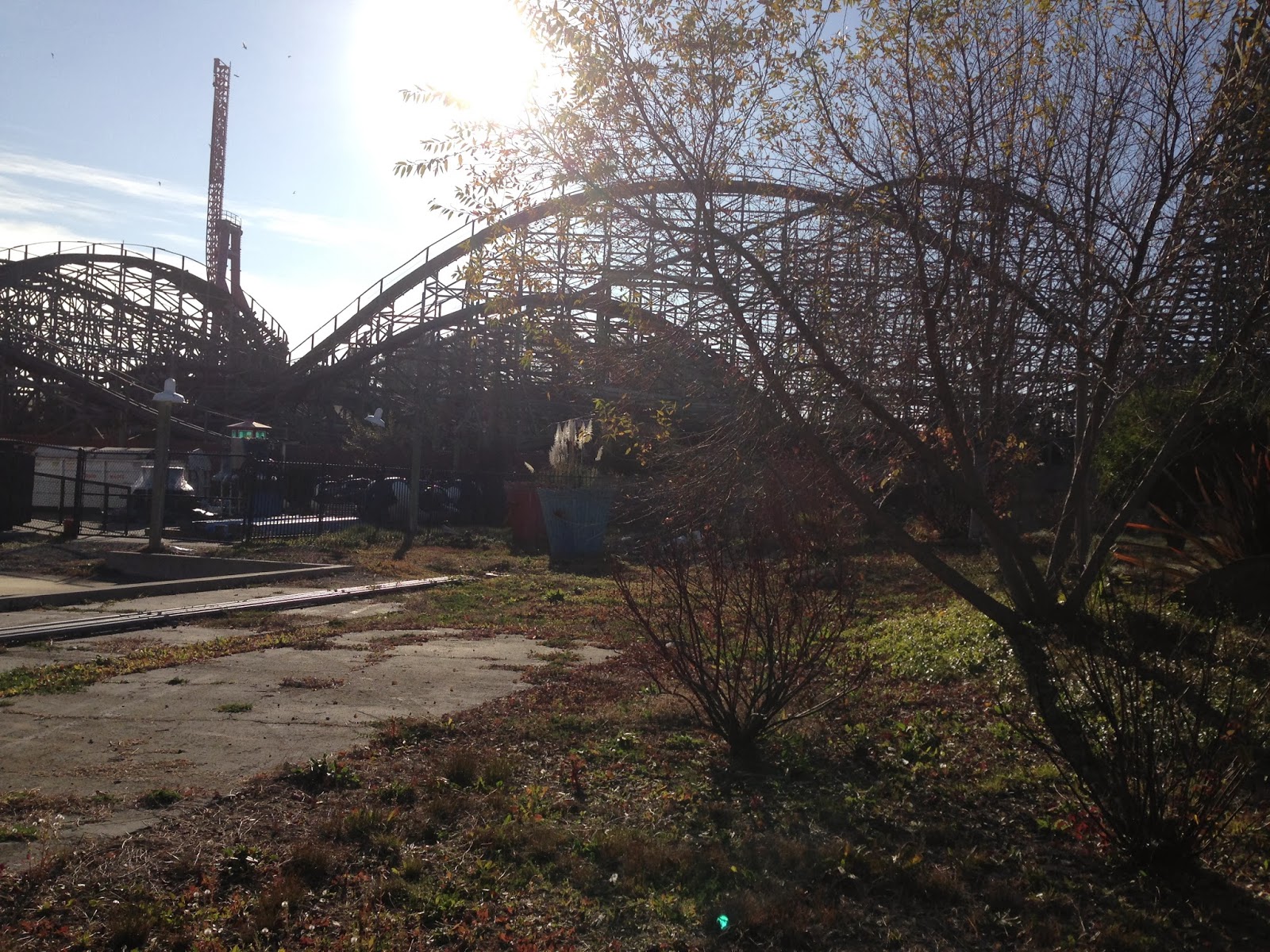 Sorry for the bad picture, but on the left side of the photo you can see where the now disassembled Wave Jumper is located. It's in the cranny between Superman and Roar that I originally thought Tsunami Soaker would be built at! 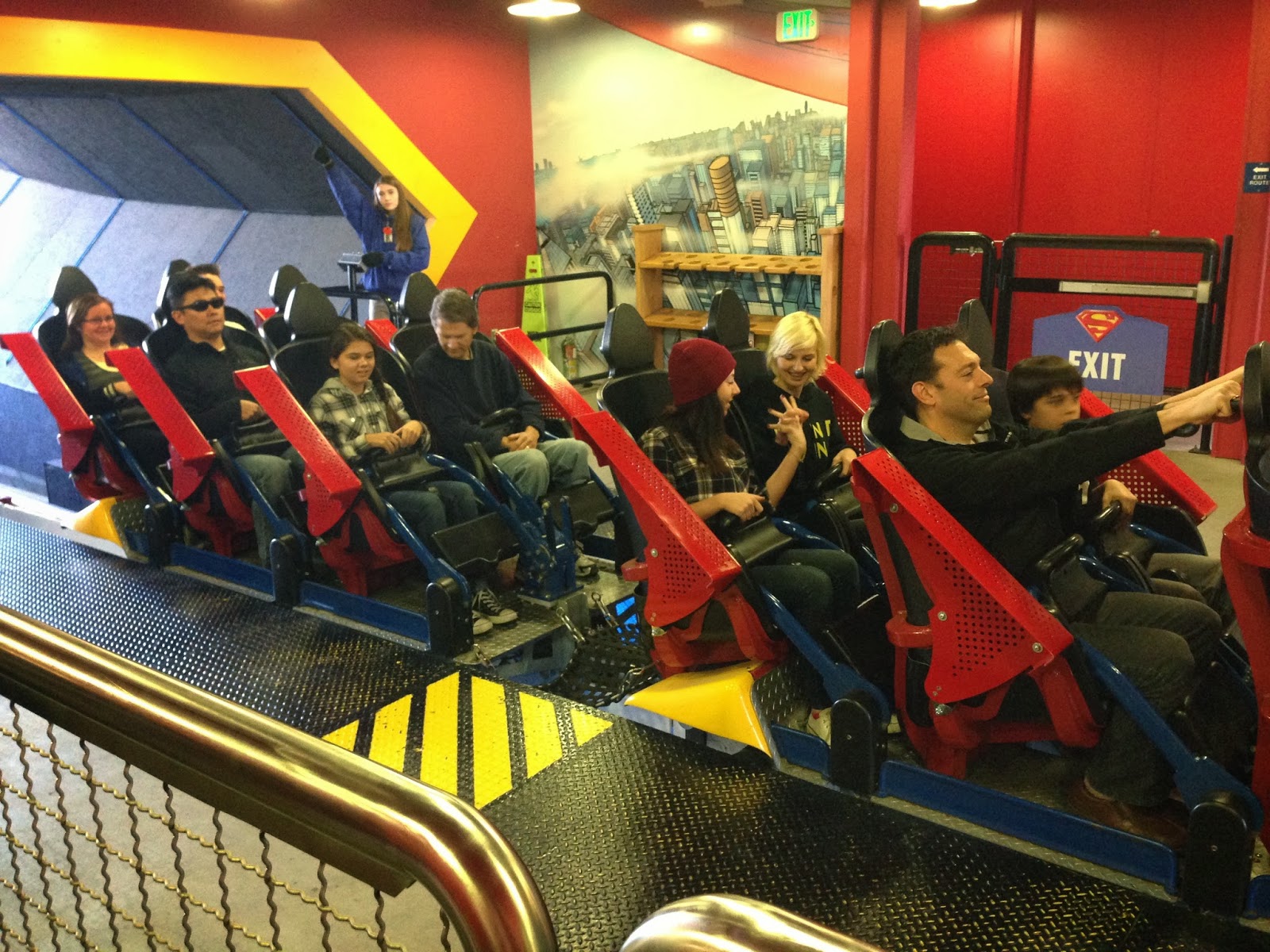 Speaking of Superman, do you want to hear the good news first or the bad news? Good, ok. The park added new, higher quality red metal shields on the side of the train. These are much better than the previous black plastic-y ones they had before, and make it much easier to get in and out of the train. 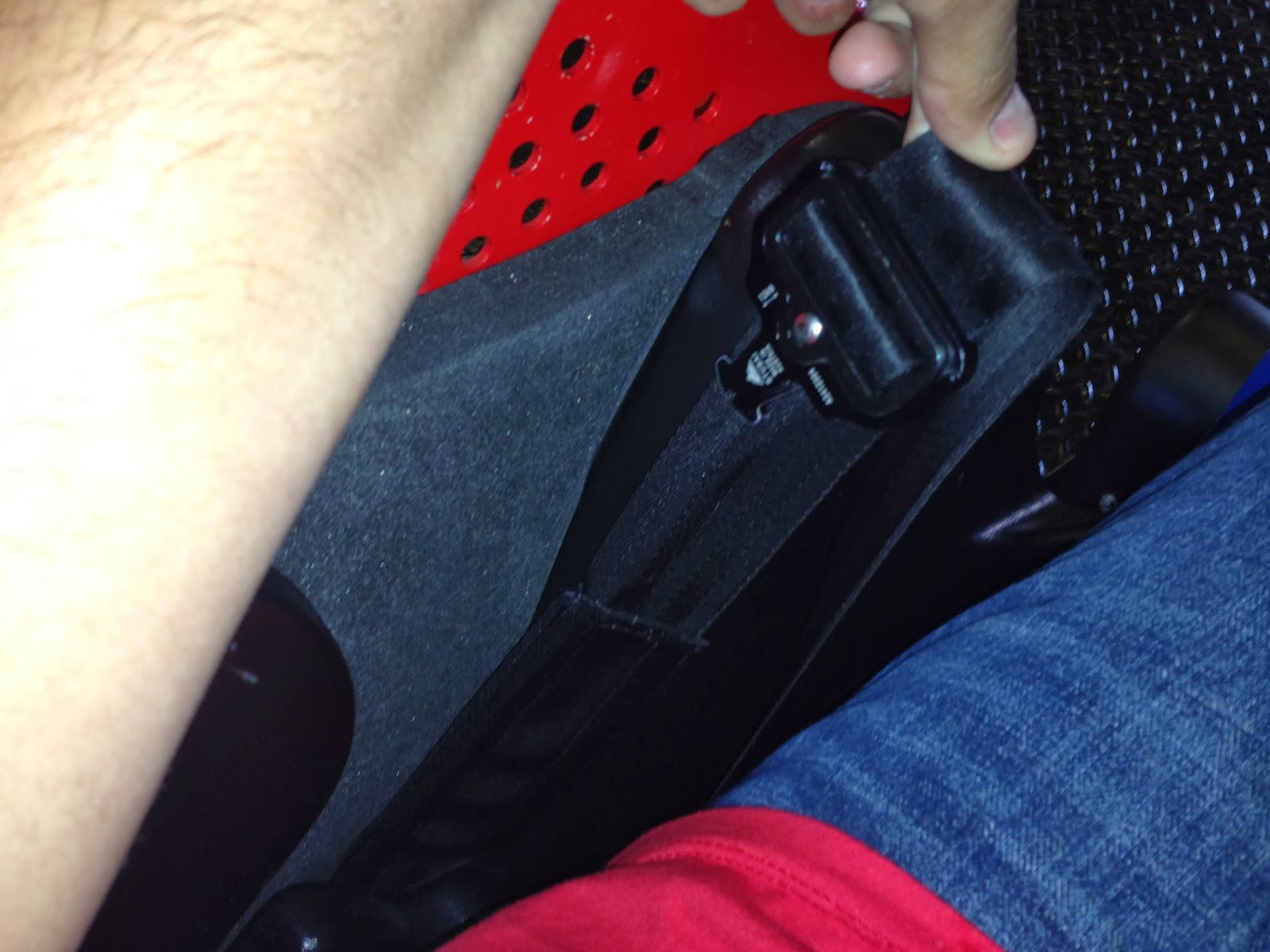 Bad news, another lame seat belt has been added to an innocent Six Flags ride! Clearly in response to the incident from the Texas Giant at Six Flags Over Texas Six Flags has been on a wrath of adding seat belts to a whole bunch of once lap bar only rides. Now, for the important questions:
Do the seatbelts change anything to the total ride experience? No.
Do they make you any "safer"? Technically, yes.
Do they triple loading times on the ride to up to 2 minutes? Yup. 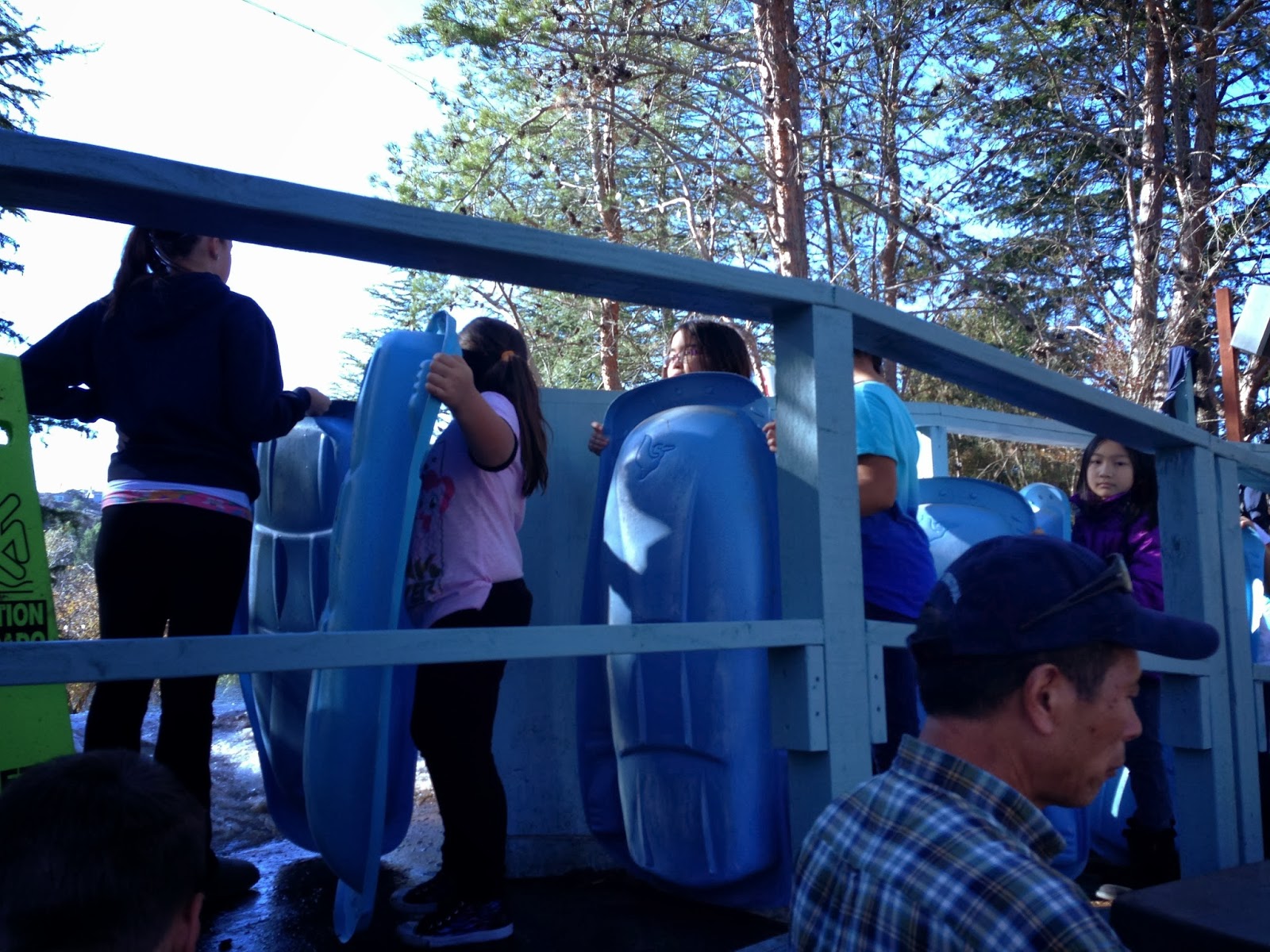 Part of Holiday in the Park, the infamous Snow Hill is back! 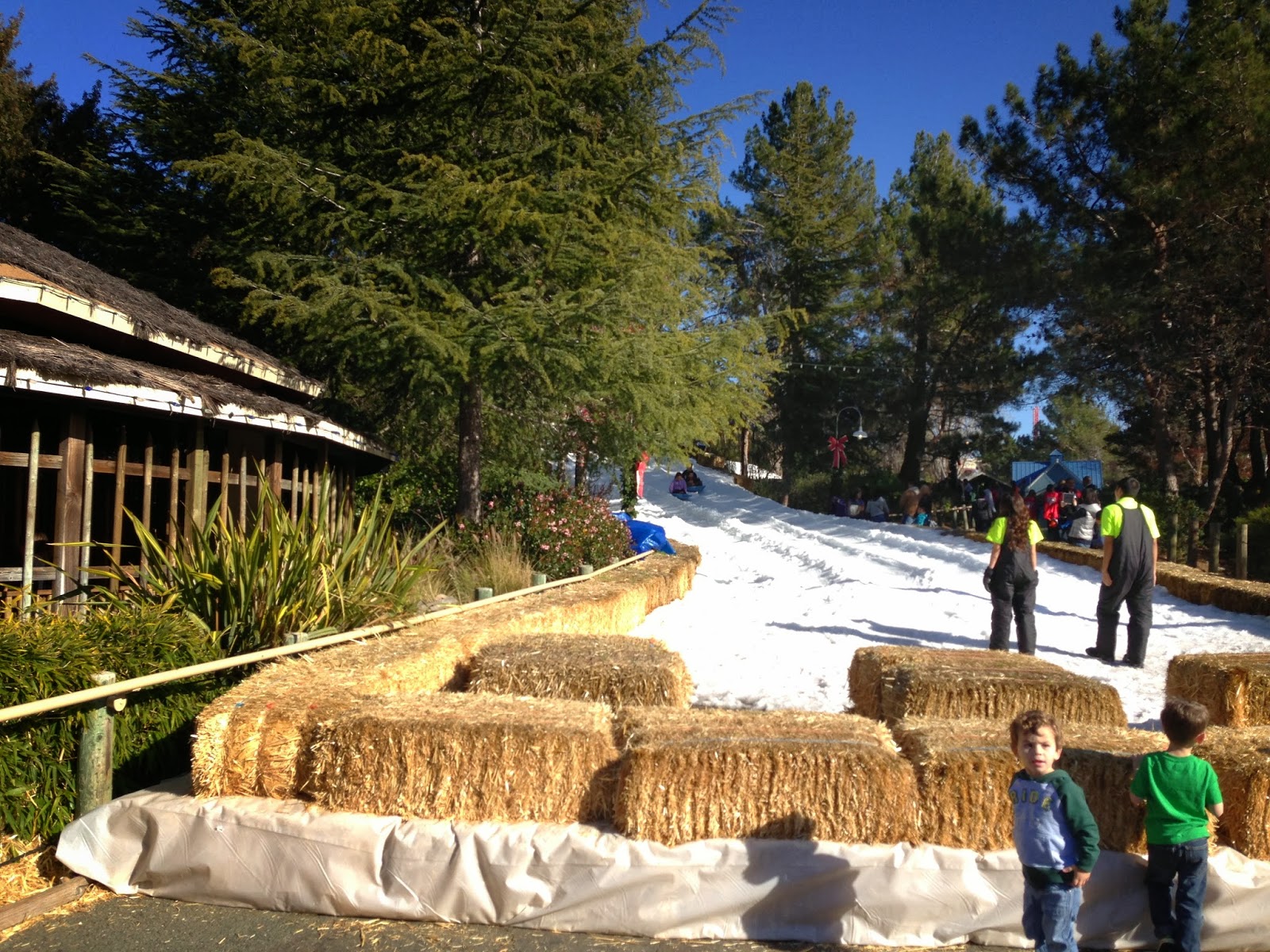 That poor female employee on the left in the lime green was having a horrible time! Every time she tried to stop an incoming sled, she would fall all the way to her knees and the rider on the sled would hit the hay stack. Felt so bad for her, as she is clearly not a good candidate for this task! 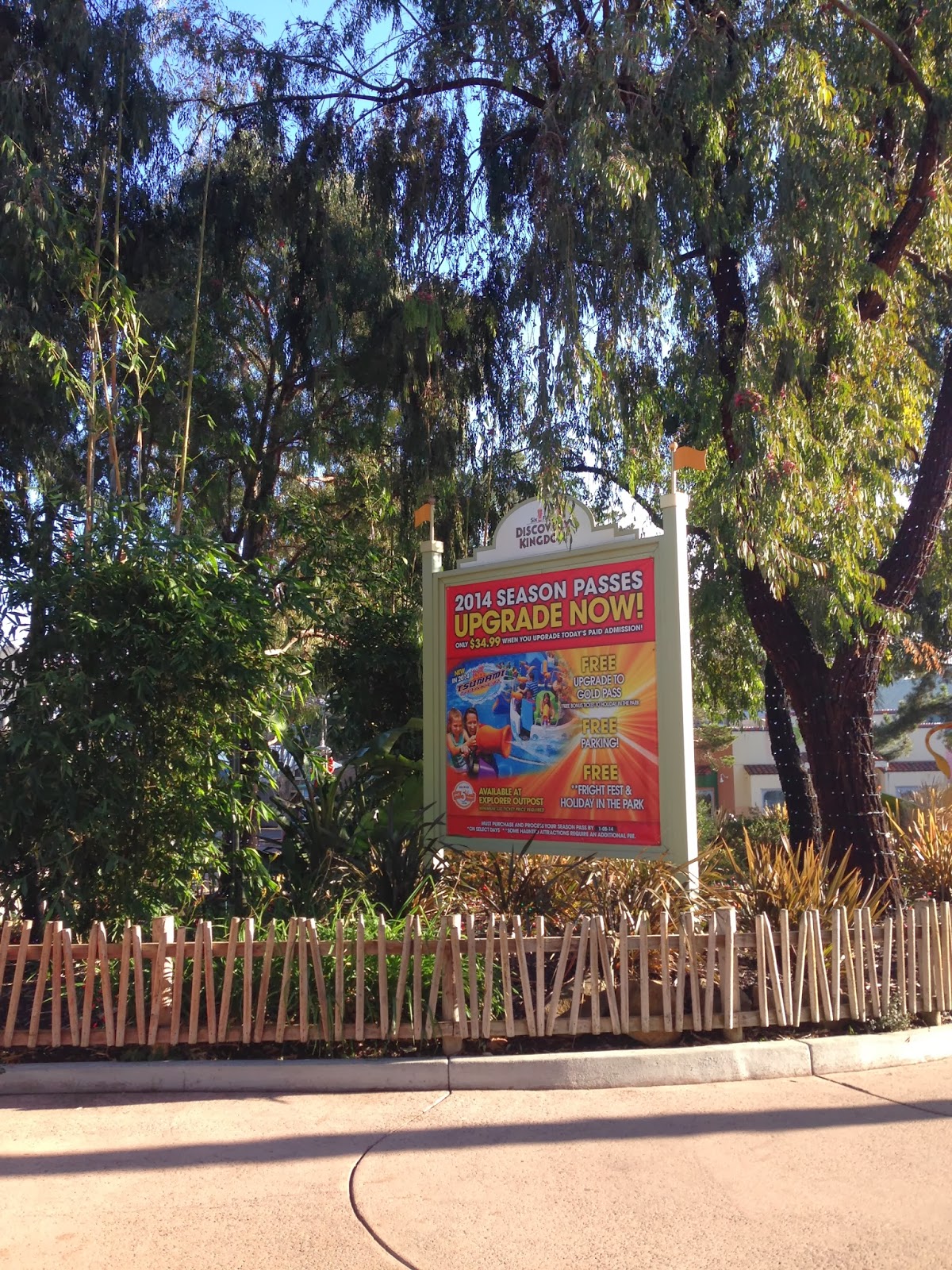 See you in a few months Tsunami Soaker...

That's all for now from TPO. Make sure to "Like" our Facebook page to receive New Articles and Breaking News from the site! www.Facebook.com/ThemeParkOverload My name's Nicholous and Thanks for Reading.
Location: Six Flags Discovery Kingdom, 1001 Fairgrounds Drive, Vallejo, CA 94589, USA