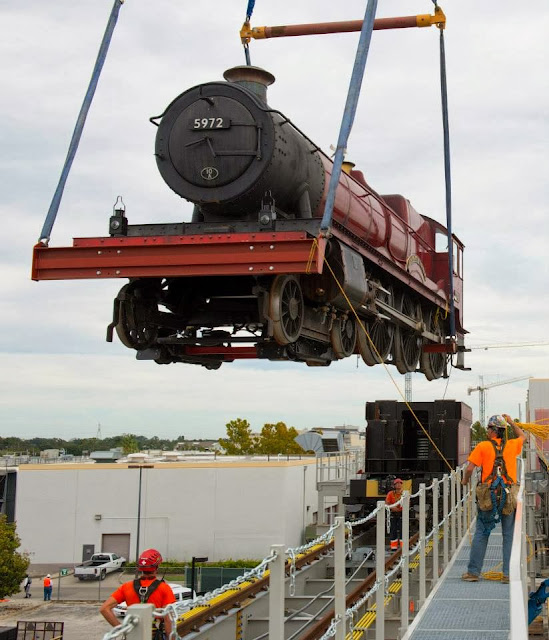 Universal Studios Orlando has reached a Construction Milestone today for the new Diagon Alley area currently under construction in the park. When it opens next summer, it will shuttle guests between the resort's 2 "Wizarding World of Harry Potter" areas (Hogsmeade and the new Diagon Alley). Using Video Projection technology, digital video will be added in place of actual windows to further immerse guests into the world of Harry Potter. Projections of actual countryside from the film will be originally created as the train completes its journey back and fourth between the two lands.

That's all for now from TPO! Check out our official YouTube channel to watch the latest HD POVs and Construction Updates from your favorite Amusement Parks! www.YouTube.com/ThemeParkOverloadHD My name's Nicholous, and Thanks for Reading!
Location: Universal Orlando Resort, 6000 Universal Boulevard, Orlando, FL 32819, USA