September 23, 2013
This weekend, Theme Park Overload flew back down to the Lone Star State to visit Six Flags Over Texas! We checked out the New Texas Giant's new restraint system, took one last look at the Children's Section before it's remodeled for 2014, and even became a participant of the new Season Pass/Fingerprint Scanning system that was being tested at the park this week (It'll be at all Six Flags parks next season!) Let's get started! 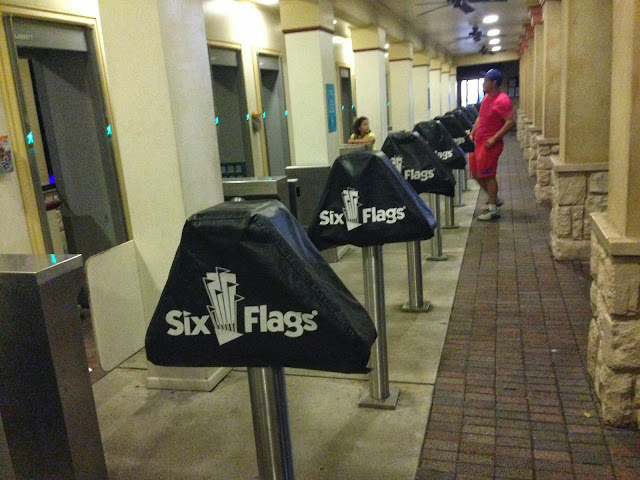 New Biometric Fingerprint scanners, currently being tested for the first time Saturday at the park, will be Chain-Wide next season! You now scan your SP/Park Ticket, place your index finger on the scanner, and proceed to security! 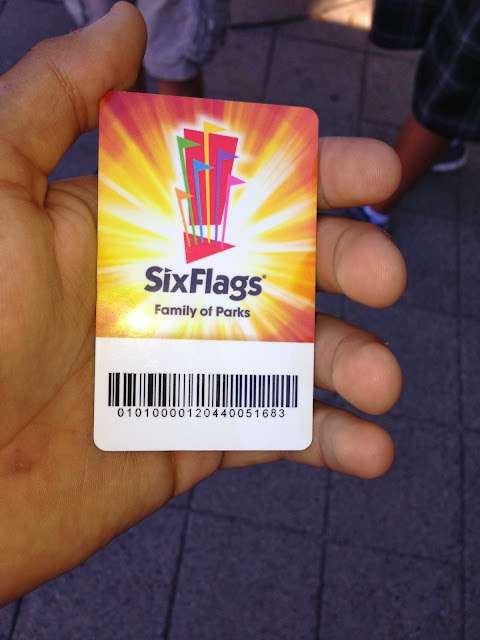 Plus, the park was testing the new (And wasteful) SP program. When you enter the park with your printed voucher that needs to be processed, you're now given a generic card seen above. You then proceed to the SP processing area inside the park to receive your actual pass. 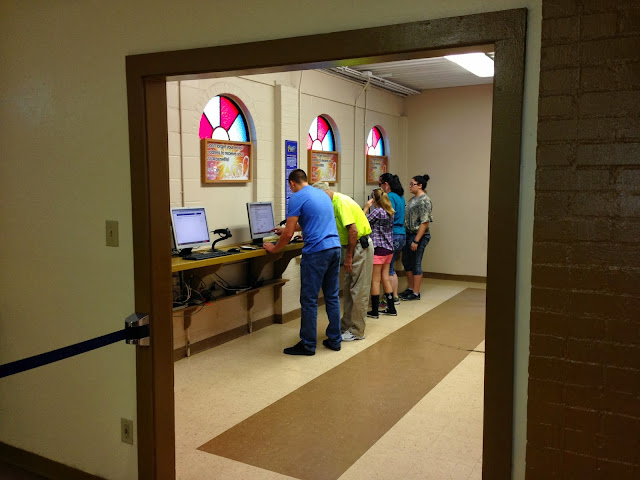 Starting in the first room of SP processing, if you haven't entered your info online at home, you start at the computers to do so here. 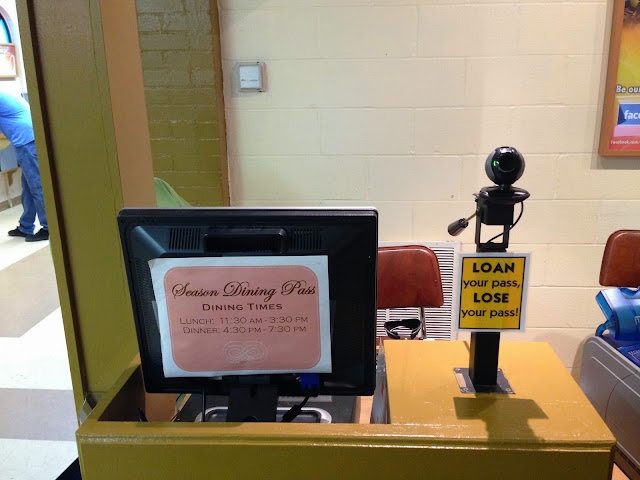 You then proceed to get your picture taken and receive your actual pass. The reason I believe it's wasteful as the generic plastic card you receive AREN'T reused. They are cut up and thrown away. You'd think that they could design a system that could re-associate the correct info with the correct card so they could be reused, given they've already designed this new system. 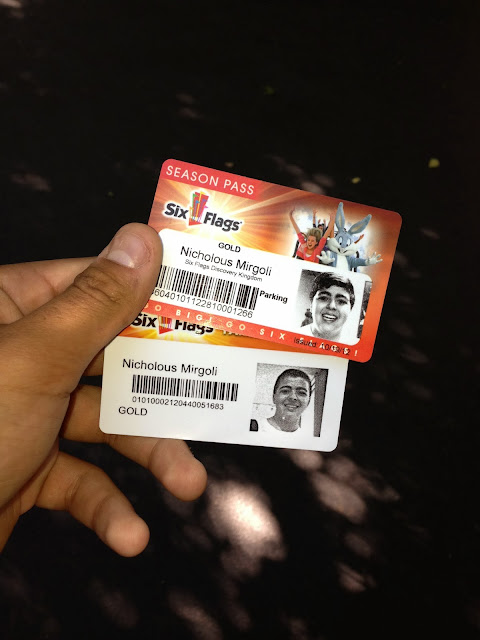 TOP: 2013 SP     BOTTOM: 2014 SP
Another lame part (In my opinion) are the actual passes! They no longer have a wrap around template, don't say "Parking" on the pass (You now have to scan the pass at the parking stalls) and don't state the home park on the pass! (I was really bummed about the home park thing, as I specifically bought my pass from SFOT so it'd print the park's name on it, but I do agree this is more of a picky and cosmetic thing) The pass just doesn't look "complete" to me. 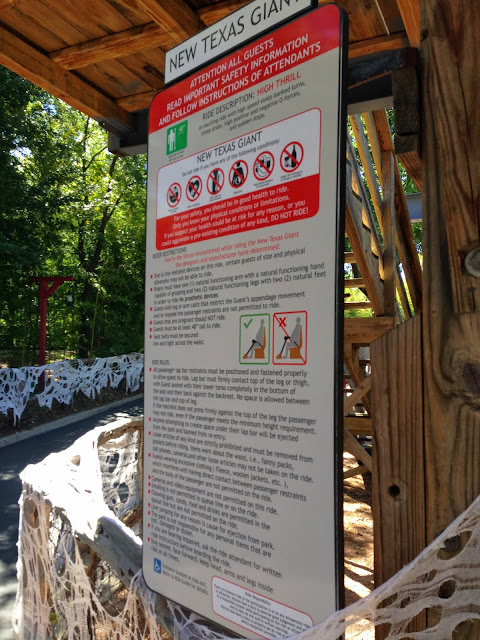 Moving on from my SP Rant, let's head over to the New Texas Giant's new safety improvements! 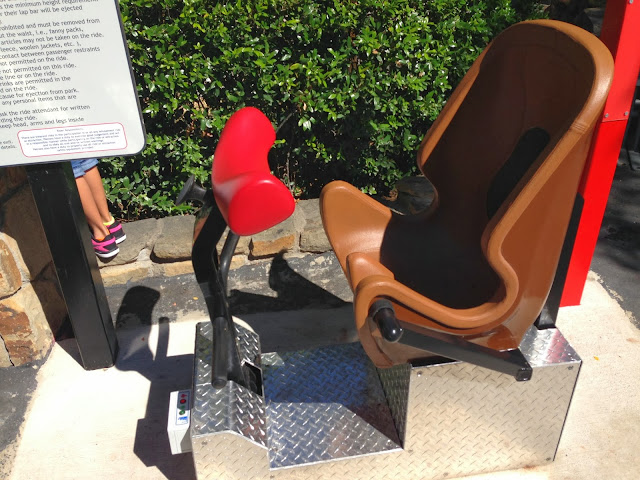 First off, they now have a test seat at the entrance. 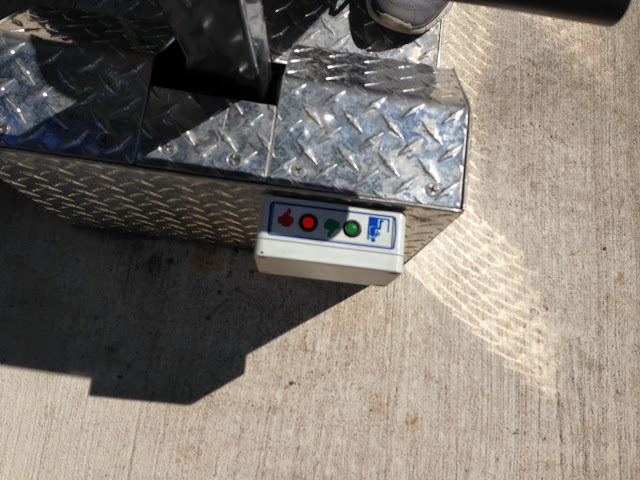 You pull the bar down, and it will make a "Ding" and light up as to whether or not you can ride. 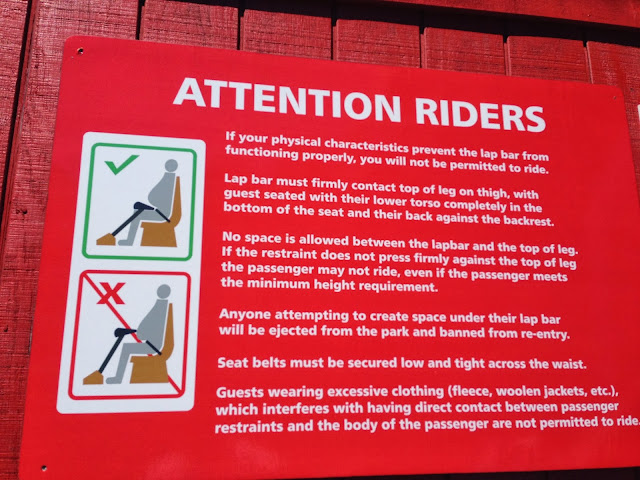 They also added new safety signage throughout the queue line. 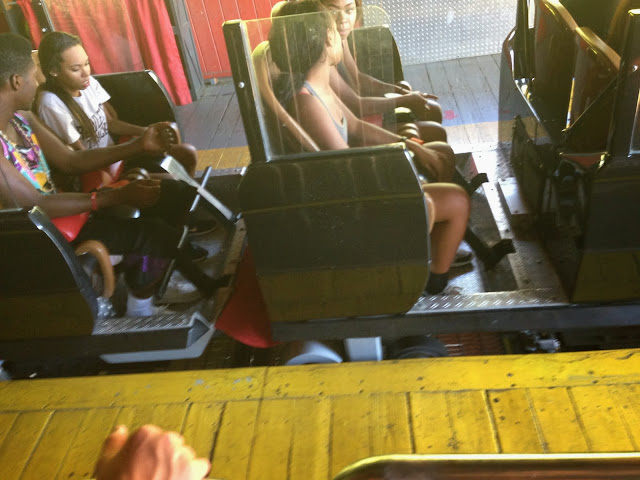 Do the bars alter the ride experience? Well technically, no. The actual lap bar is a minor improvement over the old square ones, as it's actually a tad more comfortable! The only stipulation is the actual ride attendants themselves. Obviously, they now take extra time to make sure the lap bars are uncomfortably tight. Now, please don't take this the wrong way, as safety always comes first for any ride in my book. But, the tightness of the bar does slightly affect the airtime from the previous restraints. Don't worry, it's still a great coaster with loads of airtime, but it is slightly less forceful on you due to the restraint's tightness. 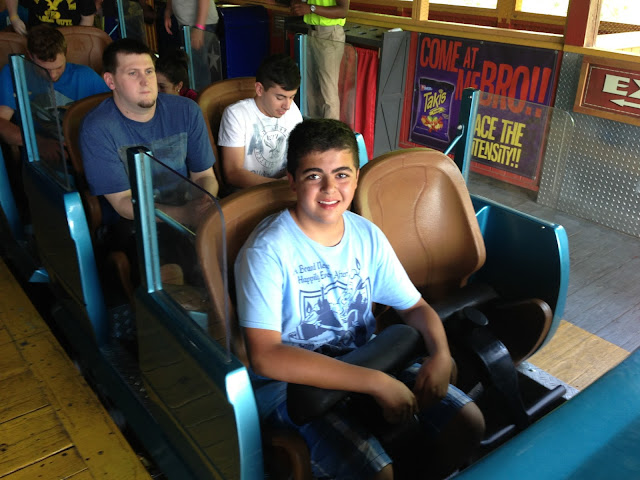 For reference purposes, here's the original restraint from before the accident. 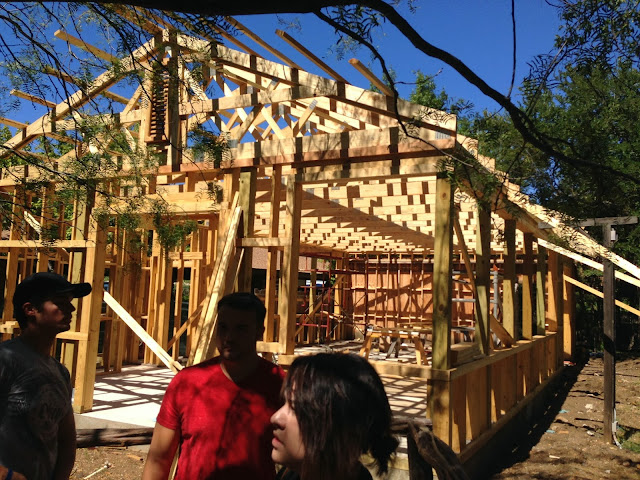 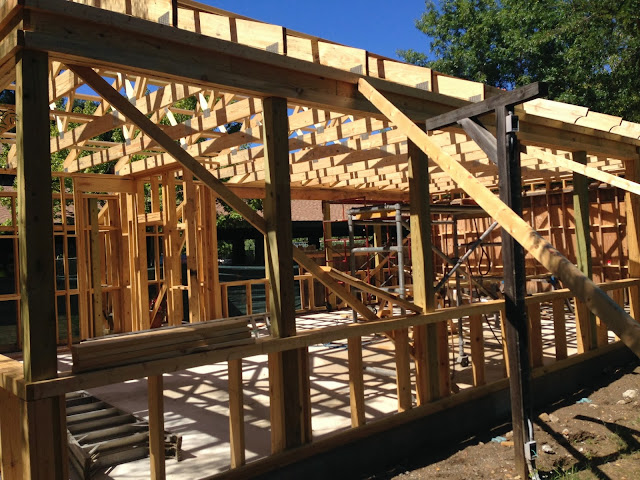 I can pretty much tell you that this will sell On-Ride photos from Titan. The exit of Titan has already been rerouted to enter and exit the building along the current pathway. 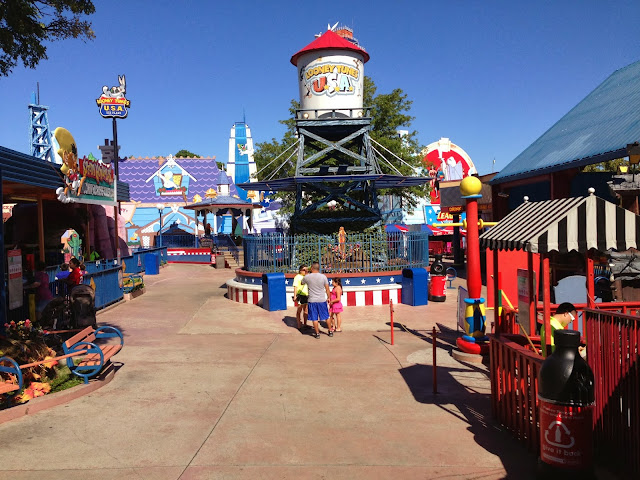 To close, let's take one last look at Looney Tune's USA before it's renovated for the 2014 season! 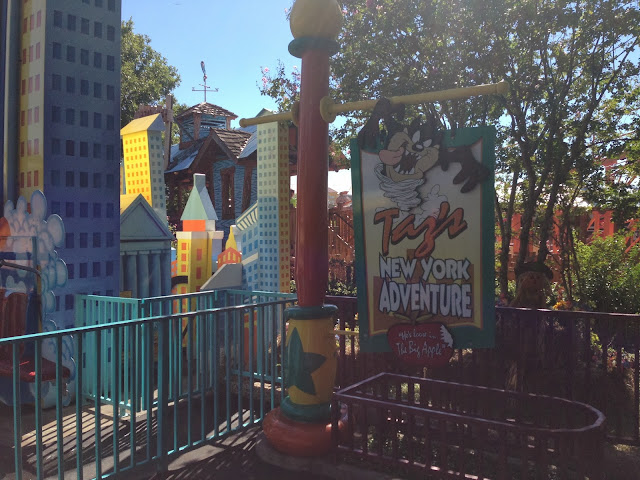 The area is definitely showing its age, and will really benefit from the new renovations! 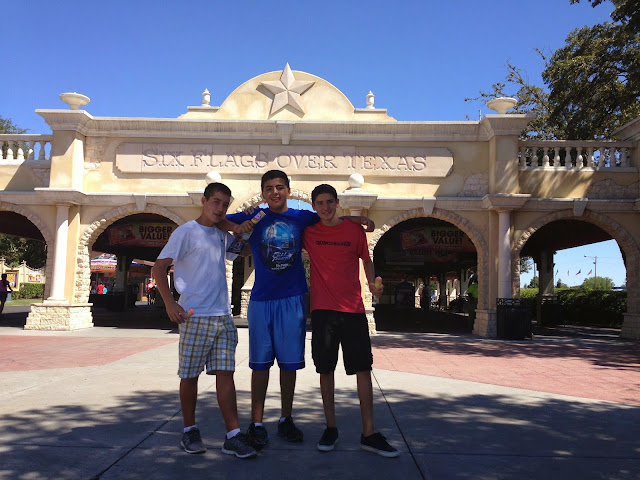 Thanks to Aaron Martinez and everybody at Six Flags Over Texas for a fantastic day! We had a great time at the park, can you tell?!

That's all for now from Theme Park Overload! My name's Nicholous, and Thanks for Reading! Make sure to LIKE our Facebook page to be notified of when the article goes live, along with other Exclusive Content and Giveaways from your favorite Amusement Parks! www.Facebook.com/ThemeParkOverload 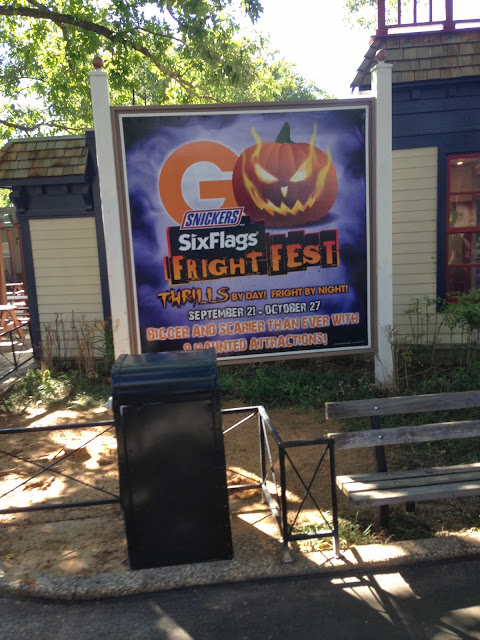 P.S. We also checked out Opening Night of Fright Fest 2013 at the park! We have a FULL review of all 6 Haunted Houses....Check it out here!
Location: Six Flags Over Texas, 2201 Road to Six Flags Street East, Arlington, TX 76011, USA