September 26, 2013
It's that time of year again! The annual Fright Fest Halloween events, that are brought to life at every Six Flags park nationwide, are in full swing! Today Theme Park Overload heads to Six Flags Over Texas to check out all of the park's haunted attractions!


Check out the video we shot for our Official YouTube Channel ThemeParkOverloadHD! We took our camera through one of the park's scare zones! 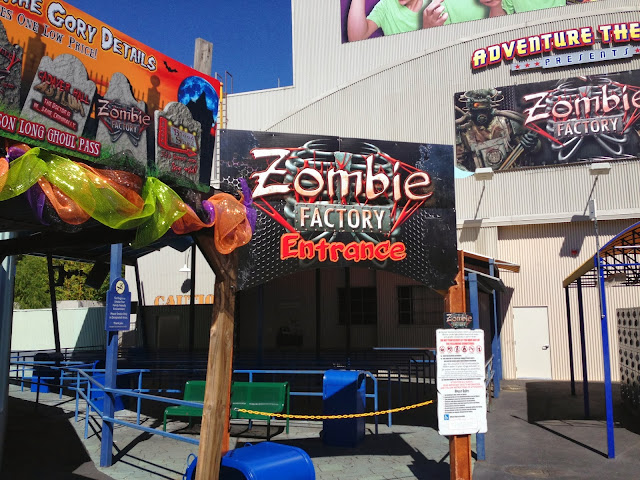 Rating: 7/10
Located in the park's Action Theater, the Zombie Factory is an interesting maze. The use of video screens displaying scare actors are very plentiful throughout the maze, and this becomes a problem in the presentation. The digital media is very awkward and not integrated too well within the maze, as the media on the screens is very fake looking and takes away from it. It'll still scare some, but others might walk through this maze unsatisfied. 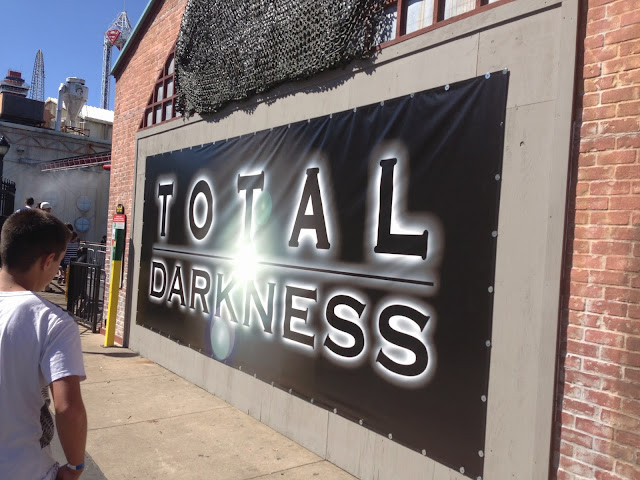 Rating: 9/10
Let me tell you, Total Darkness will surly get your heart pounding! Located in the DC Universe, you and 4 other guests are given a rope and sent into the pitch black maze. With just small blue LED strips of light along the ground to guide you, the actors use the darkness to their benefit in order to scare the life out of you! In my instance, I had reached the end of the maze and the exit door opened, revealing the outside light. Little did I know, a towering figure wearing an all black Morph-Suit (Black Nylon jumpsuit that covers the entire body) was within inches of me. Let's just say I ran out that exit very fast! 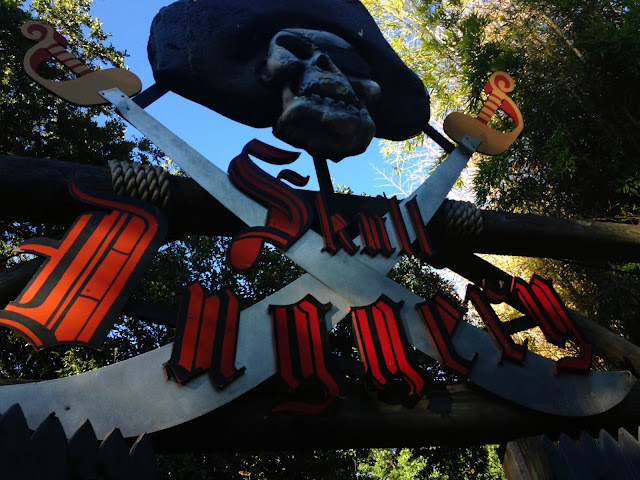 Rating: 6/10
This outdoor maze, set in the queue of the park's Runaway Rapids water ride, is very dull. Few actors were present in the maze, and they seemingly would just stand still and make no reaction towards you. I tried this maze after it got dark to give it another chance, and though slightly better, still not up to par with the other mazes. It is worth noting that this was the only maze recommended for kids under 16, so that could be part of the reason for the weak scares. 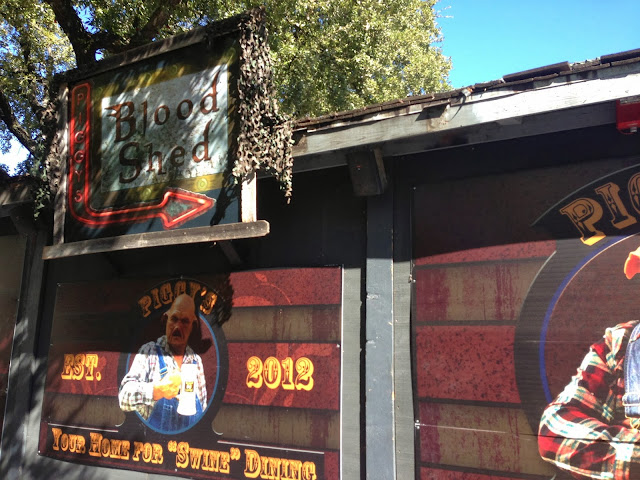 Rating: 9.5/10
The crown of them all is easily Piggy's Blood Shed! This seemingly never ending maze includes gross scents, blood and guts everywhere, and a decent amount of scare actors...I just loved this maze! It also proved that a maze can be scary without the addition of video screens and digital media. If you only go through one maze at SFOT, MAKE IT THIS ONE! A word of warning, beware of the giant pig with a chainsaw on the way out! 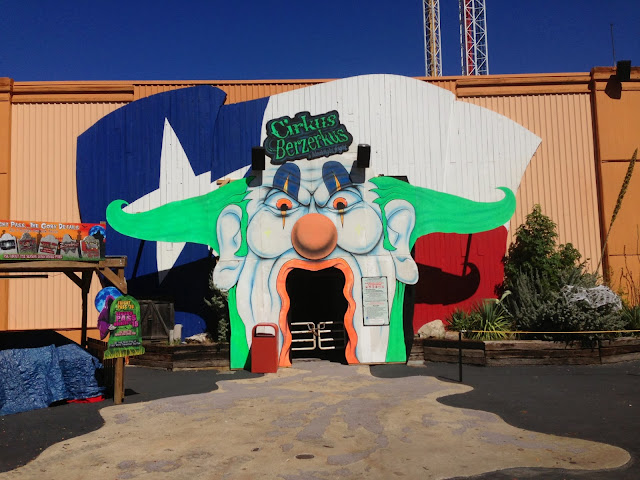 Rating: 8/10
Circus Berzerkus 3D was a very fresh and entertaining maze to me. Before entering, you're given a pair of 3D glasses to keep on the entire maze. They really took advantage of that, as it starts out with walls of sprayed paint that really POP with the 3D glasses. At one point, an actor was able to blend in and jump out at us, which proved to be a real scare! This is a fun, not crazy scary maze, that'll be a scary good time for groups going together. 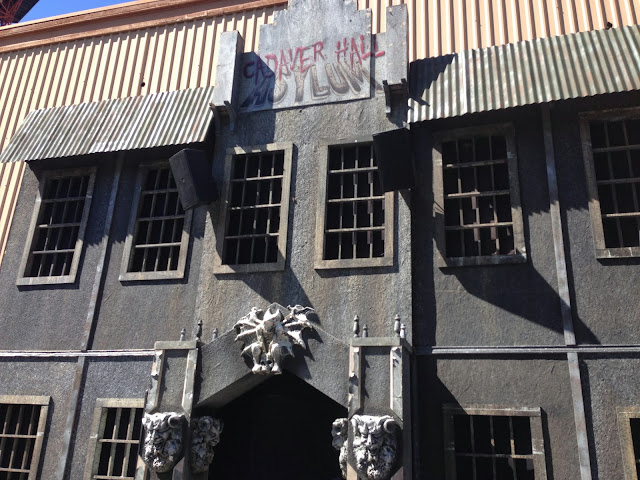 Rating: 8/10
Located next door to Circus Berzerkus, the Cavaer Hall Asylum is definitely NOT a maze for those who faint at the sight of blood! This somewhat short maze still packs a punch, with a few hospital-styled scenes that'll make you jump! It's nothing super innovative from the average Asylum-Based maze, but still scary and worth a trip through.