August 27, 2013
Cedar Point has officially announced their 2014 plans today for the park! Though it wasn't what people were maybe expecting or hoping for, it still is a pretty good move for the park and it's family appeal. (Considering they just put in a new Roller Coaster for this year.) 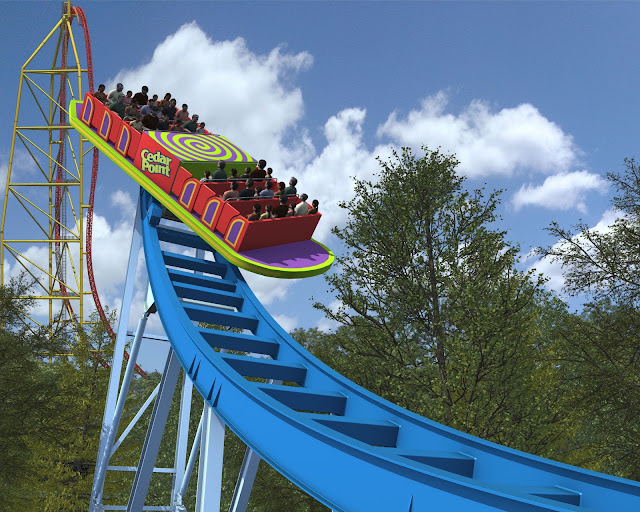 Located in the Gemini Midway, the new Pipe Scream flat ride is the highlight of the announcement. Riders will be spun up and down the 43 foot tall track at a top speed of 43 MPH! I do have to say, these type of rides are a lot more thrilling and fun than you'd think...Keep an open mind you hardcore Roller Coaster riders! 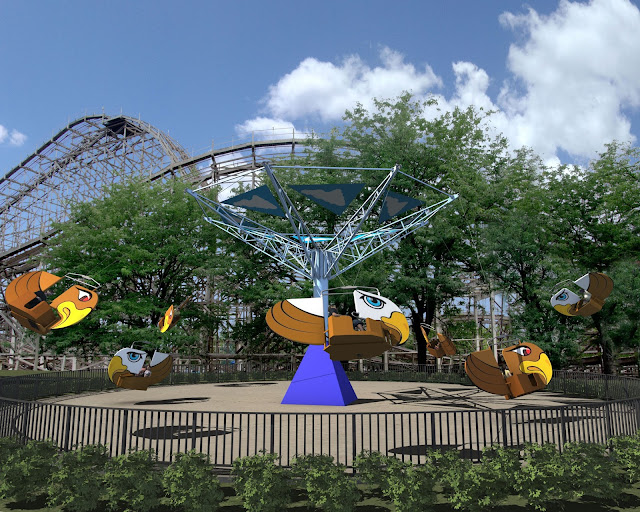 Located right across the midway from Pipe Scream, Lake Erie Eagles will be a welcomed addition to the park in 2014. It's your standard Flying Scooters ride, where the base rotates and swings your car into a large circle. Using the "wing" on the front of the vehicle, riders are able to move their eagle back and fourth as much as they'd like!

Finally, the park's Hotel Breakers will undergo a 2 year renovation starting in 2014. Next year will be the exterior, where in 2015 they'll focus on the interior. It's a much needed refresh the hotel needs if Cedar Point truly wants to become a Multi-Day Resort Destination.

The park expects to have the improvements done (Minus the Hotel Breakers renovation) for Opening Day 2014 in May! What do YOU think of Cedar Point's 2014 Plans? Let us know on our Facebook page (And be sure to "LIKE" it too for Exclusive Content and Giveaways from Theme Park Overload!) www.Facebook.com/ThemeParkOverload My name's Nicholous, and Thanks for Reading!
Location: Cedar Point, 1 Cedar Point Drive, Sandusky, OH 44870, USA