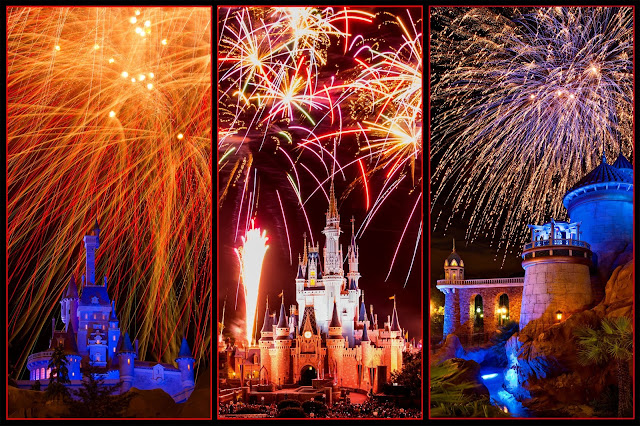 From July 1-7, Magic Kingdom park will host a nightly celebration, dubbed Disney’s Celebrate America! A Fourth of July Concert in the Sky, a 14 minute long firework/laser spectacular! (Think Illuminations at Epcot) Fireworks will be bursting over Cinderella Castle, composed to a custom soundtrack! Disney Characters and the citizens of Main Street U.S.A. will join in on the fun, showing off their Colonial Attire. The show is designed to bring a "sense of pride in being American, while at the same time, invite guests from around the world to feel part of the celebration". I'm sold!
Location: Disney's Magic Kingdom, BAY LAKE TOWER AT DISNEY'S CONTEMPORARY RESORT, 4950 World Drive, Lake Buena Vista, FL 32830, USA