May 18, 2013
The Iron Rattler at Six Flags Fiesta Texas is set to open this week, but TPO had the opportunity to attend the Exclusive VIP Party with 14 rides on the coaster! Below is a full ride review, along with HD Video of off-ride shots of the ride! 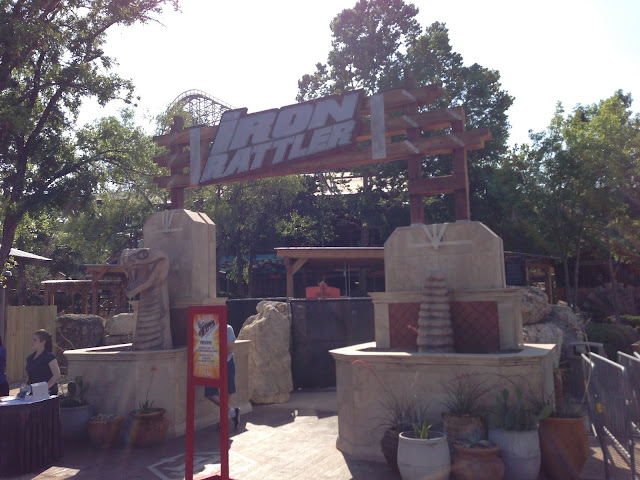 The entrance reading "Iron Rattler" in bold print, along with a subtle rattlesnake fountain, mark the start of your journey. 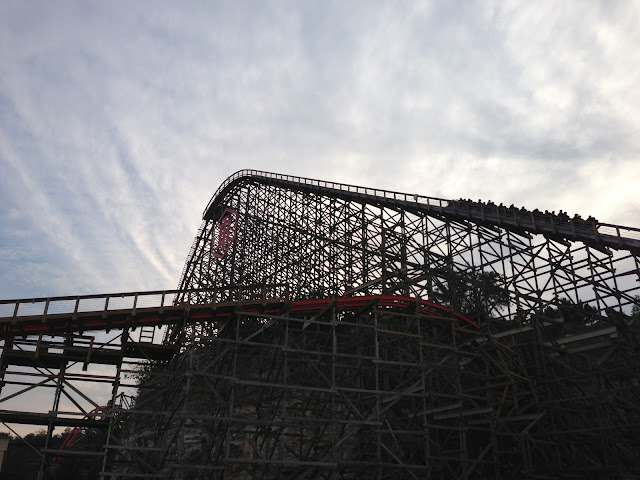 The Queue Line offers some impressive angles of the intimidating 18 story lift hill. 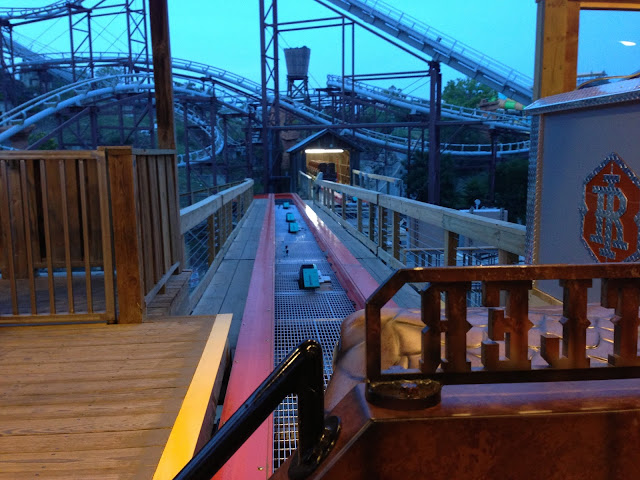 Once seated and strapped in, with just a lap bar, it begins! 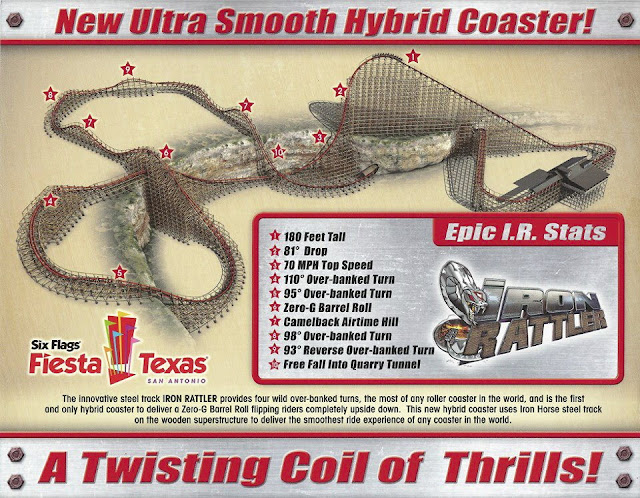 The layout of the entire ride.

Once you reach the 180 foot apex of the lift hill, the view UP and DOWN is sure to scare even the fearless! A 360 degree view of the park can be seen from the top, providing a nice view of the surrounding area. But don't look down (especially for those front seat riders!) As you reach the end of the lift, the train comes almost to a stand still, with part of the front train hanging over the hill. The drop is so steep that you can't see the bottom! As the train speeds back up, every single rider in the train is lifted up and out of their seat flying 18 stories down.

At the bottom of the drop, you fly by the surrounding tunnel at 70 MPH! The train then takes a vertical dive up into the first element, the "double up". This is basically 2 hills build into one, where the train rapidly clears the first half of the hill, levels out, and completes the second half. This brings MAJOR EJECTOR TIME up and out of your seat, with high negative g's! The train then enters two 110 then 95 degree over-banked turns to the left, which are exciting given the speed the train is traveling at. After a hard turn down and to the left, one of the coolest elements ever built in a roller coaster awaits you.

A full 360 degree barrel roll turns all riders upside down and hanging out of their seats! Designed to turn around your head (your head stays in the same place during the element) its high negative g's are breathtaking, but not disorienting. After an airtime filled camelback hill, the coaster takes you through 2 reverse over-banked turns, first to the right then left! When the train comes out of the first turn and twists into the left one, it really "rattles" riders in a good way! After yet another airtime hill, the coaster blasts up then all the way down into a free fall.

Being out of your seat the whole freefall drop due to negative g's, the train then heavily banks to the left and snakes through a tunnel built into the rock quarry walls. The cool temperature change of the tunnel comes as a surprise, along with the multi-colored LED's and fog inside. After about 2 seconds in the tunnel, the train banks to the right and sends riders with more extreme ejector time as the train reaches the brake run. Though a little on the short side, this ride does not let up the pace the entire time and is absolutely incredible. Easily in my personal Top 5. 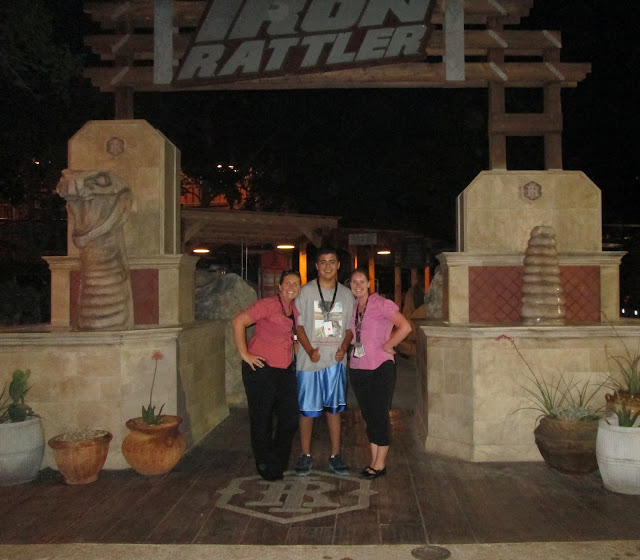 Special Thanks to Stacy and Morgan from Six Flags Fiesta Texas for putting on such an awesome event!

All I can say, get down to San Antonio ASAP and ride this beast! Six Flags Fiesta Texas is a very nice Six Flags park with an adequate amount of Thrill and Kids rides, and can easily make for a whole day of fun! Follow us on Facebook for official Theme Park News and Updates from the site! www.Facebook.com/ThemeParkOverload My name's Nicholous, and Thanks for Reading!