April 04, 2013
Welcome to ThemeParkOverload.net ! Today we bring you a COMPLETE update from Universal Studios Hollywood, filled with photos from every major update all around the Park! Ready? Lights, Camera, Action! 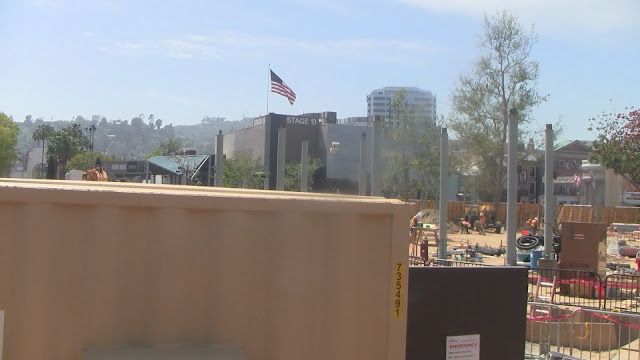 Columns are starting to rise above the barriers on construction for the Universal Plaza. 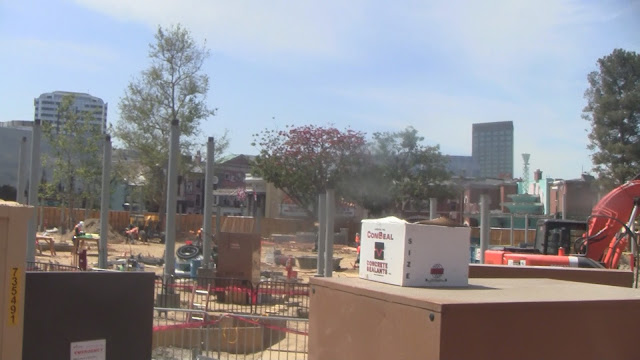 As they would say in Hollywood, the construction is a "Hot Site"! 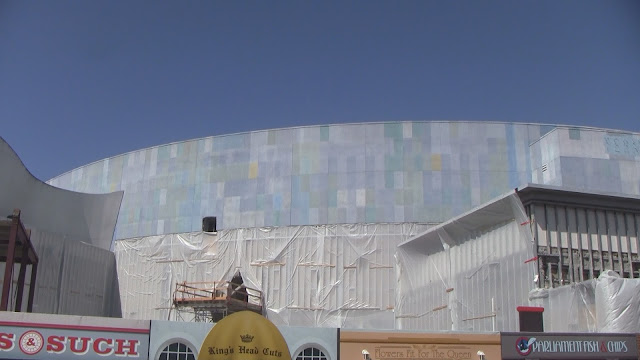 On to Termin- err...Despicable Me: Minion Mayhem construction...

I'm going to make a construction prediction. To the right, you see the already built Despicable Me attraction at Universal Studios Florida  To the left, construction of the same ride at Universal Studios Hollywood. See a resemblance? It looks like the entrance facade will be identical to the Florida version, which makes sense because it's in the approximate location of the old entrance to Terminator 2: 3D, the building's previous attraction. 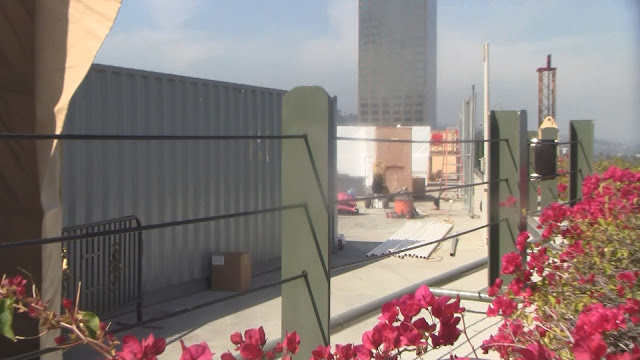 To the far right, near the edge, some constriction action is happening... 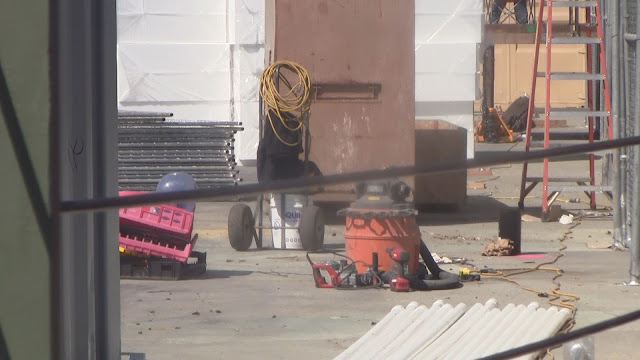 A closer look for your enjoyment. 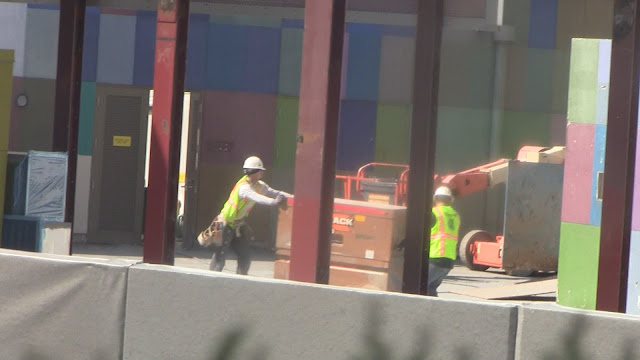 Now to the far left, PPPUUUUUUULLL 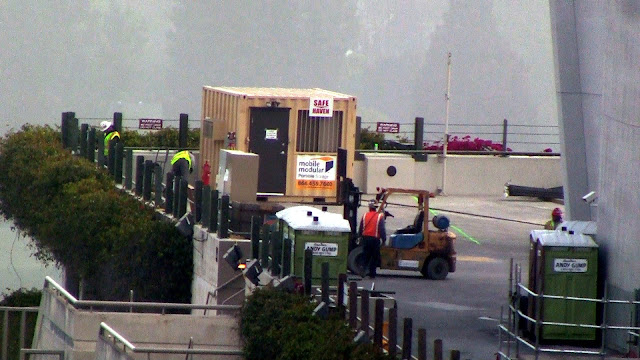 And to complete our Despicable Me: 360 2D Experience, a shot facing from behind. 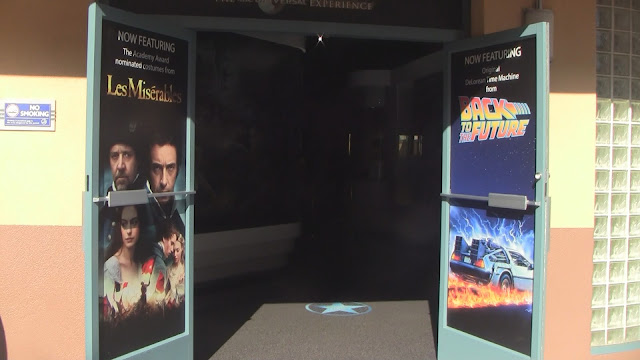 Moving on, the NBC Universal Experience! 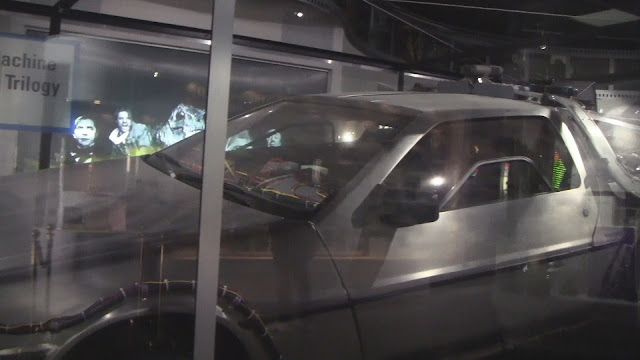 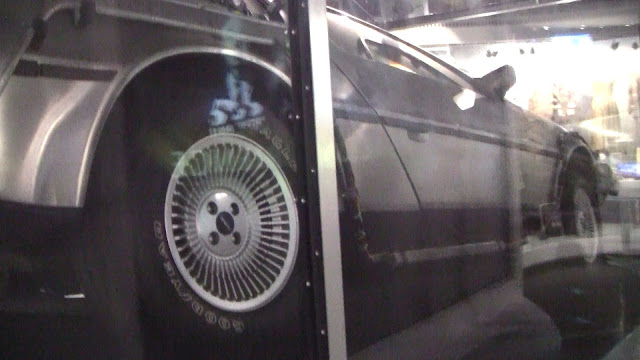 A shot from the other side that you maybe-most-likely haven't seen. 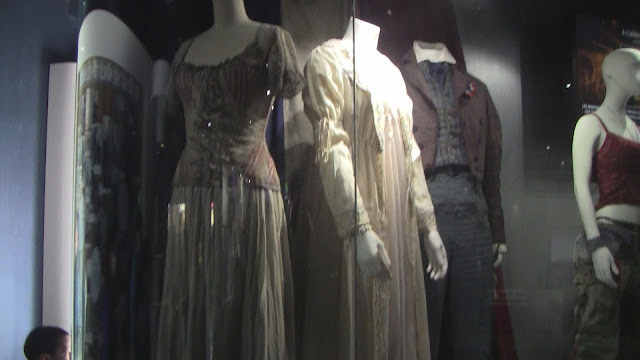 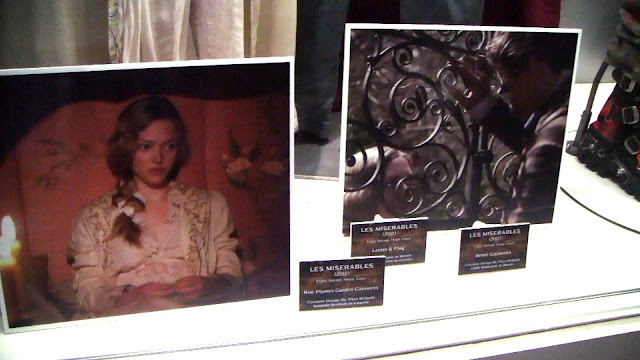 More info on the items with some photos. 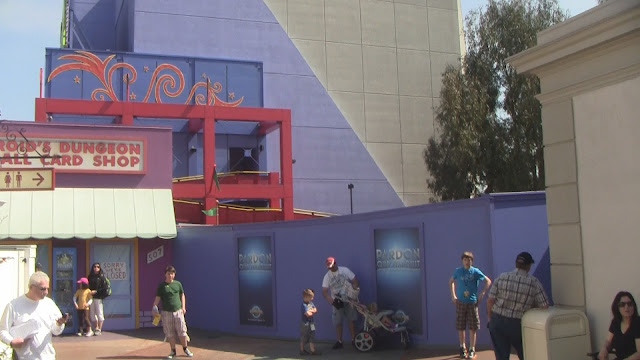 Now for all you Plumbing Enthusiasts, construction on the new Simpsons Bathrooms! 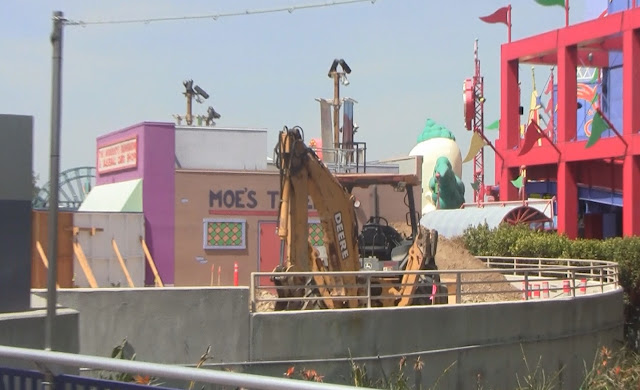 It's kinda funny to see a big honking tractor in front of Poor Moe's! 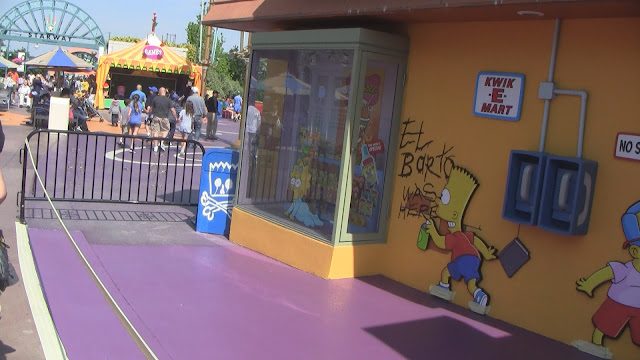 And finally, some new paint next to the Kwik-E-Mart in the attraction's Signature Purple.

Whaddya think?! Universal Studios Hollywood is definitely getting the park ready for the future generations of guests to come! Just a little bit longer, and everything will be finished and brand spank'in new! That about does it for today. Be sure to scrool down and read other Theme Park Updates, and "LIKE" us on our Facebook page for Exclusive Content and Prize Giveaways! www.Facebook.com/ThemeParkOverload My name's Nicholous, and Thanks for Reading!
Location: Universal Studios Boulevard, Central LA, CA, USA