April 14, 2013
Welcome to TPO! Big news for you Animal Kingdom fans, as Disney has announced a 15 Year Anniversary event for Disney's Animal Kingdom! 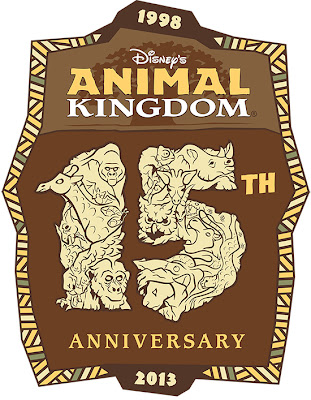 15 whole years to, what I believe, the most unique Disney Park ever built. Since 1998, Disney's Animal Kingdom has entertained guest after guest with its Animal Education and Conservation thoughts. With thousands of different animals and species within the park gates, it adds up to an interesting yet entertaining atmosphere. Definitely a must visit to any WDW trip! That's why it's exciting to announce the park's 15 year anniversary event!

On April 22, 2013 (Earth Day) the park will celebrate its 15th anniversary with a cluster of special events:

All you WDW fans out there should definitely attend a historic day like this if possible (If not for bragging rights alone!). That's all for now from TPO! My name's Nicholous, and Thanks for Reading!
Location: Disney's Animal Kingdom, 551 N Rainforest Rd, Lake Buena Vista, Florida 32830, USA