Theme Park Overload took a visit to Six Flags Discovery Kingdom today, January 6th, to celebrate a great 2012 season (Superman: Ultimate Flight Launch Coaster) and the last operating day until the 2013 season starts in March! Some HD video from the Snow Hill attraction from the Holiday in the Park event, a last look at the Dolphin Harbor stadium before it turns into the new Cirque Dreams Splashtastic Show, and more come from the trip. Let's get to the update! 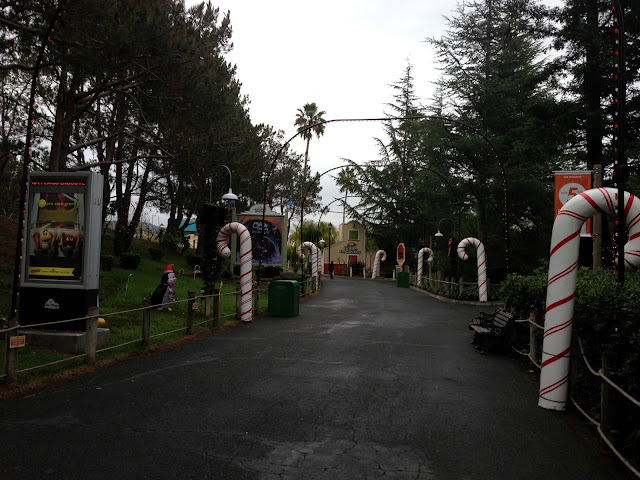 Welcome to Holiday in the Park! 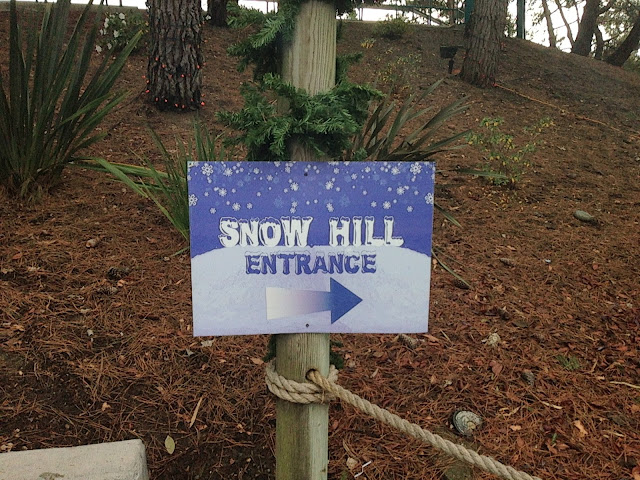 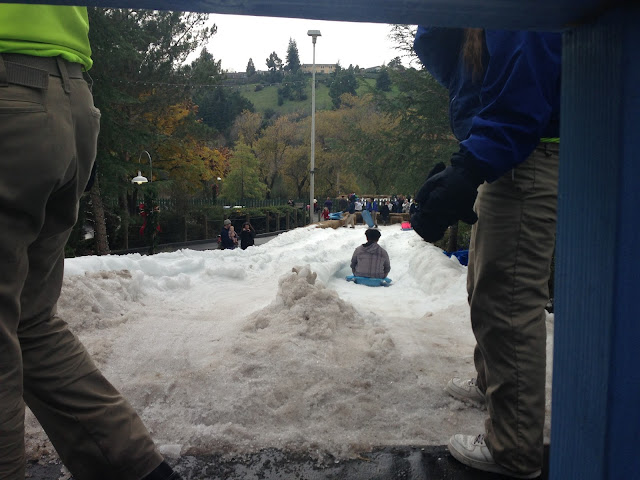 Pretty decent Snow Hill, and it was included with admission this year.

Check Out An HD POV from the Hill! 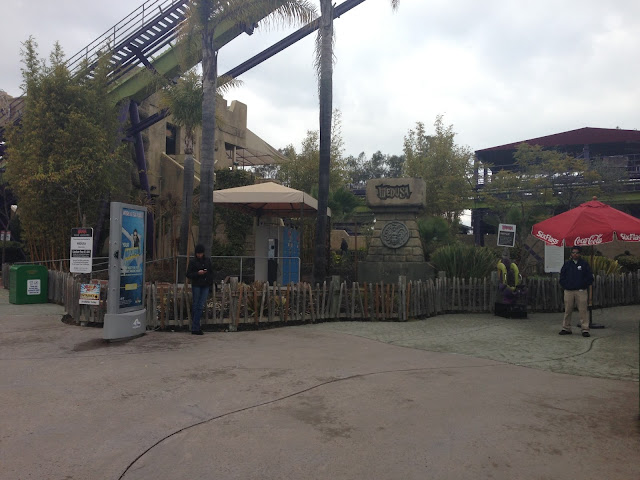 In November, TPO reported that Six Flags Great America was refurbishing their $1 Ride Lockers due to a dispute with the sponsor SmartCarte Since this is the last day of the season, it's assumed that SFDK will also re-brand their lockers to a different sponsor, so let's take one last look while we still can! 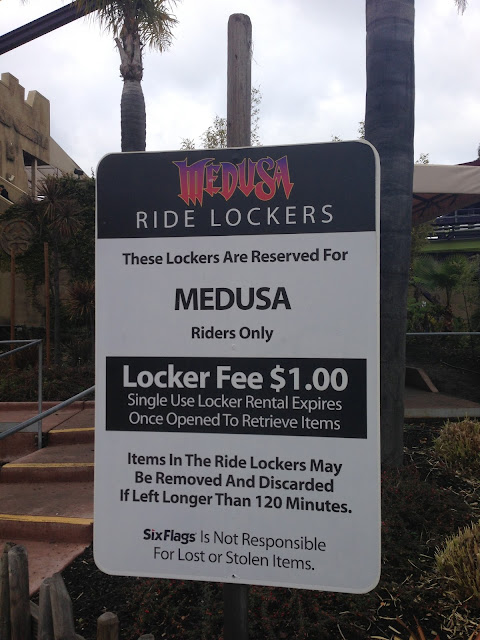 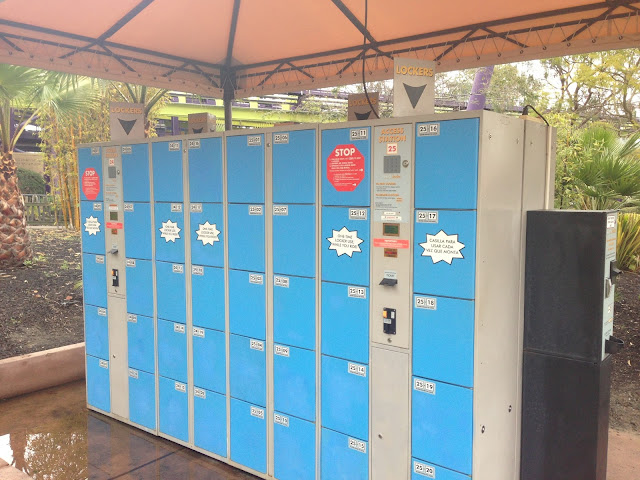 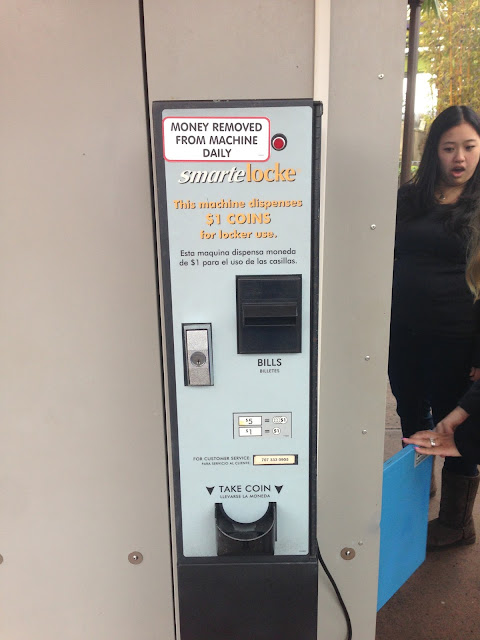 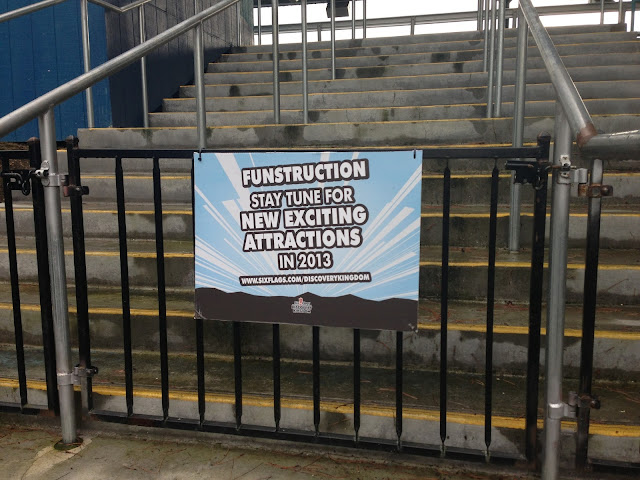 Now going into a different direction, a new hint has been dropped regarding the fate of Shouka Stadium after the Killer Whale Shouka was sent to Sea World. 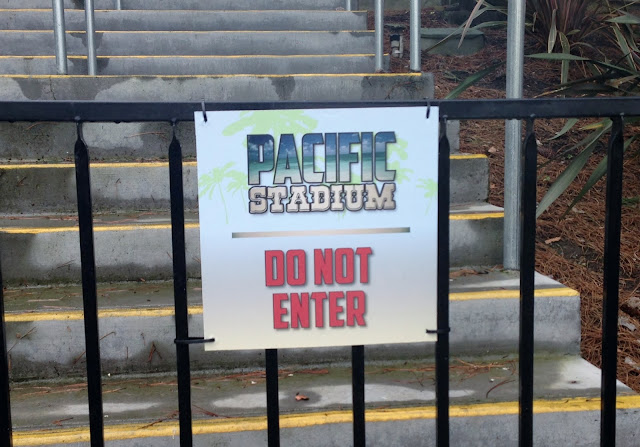 Aha! Here's the new logo for the renamed stadium (Shouka Stadium - Pacific Stadium) Notice the palm trees in the background and the ocean theme. Will this retain the original ocean theme? 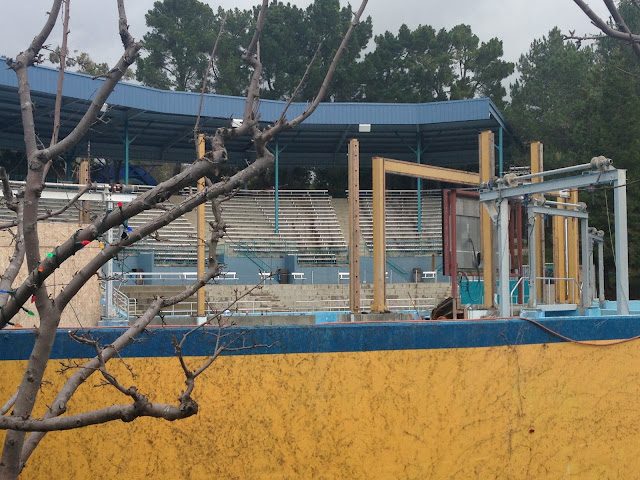 Whoa, what happened to the stage! 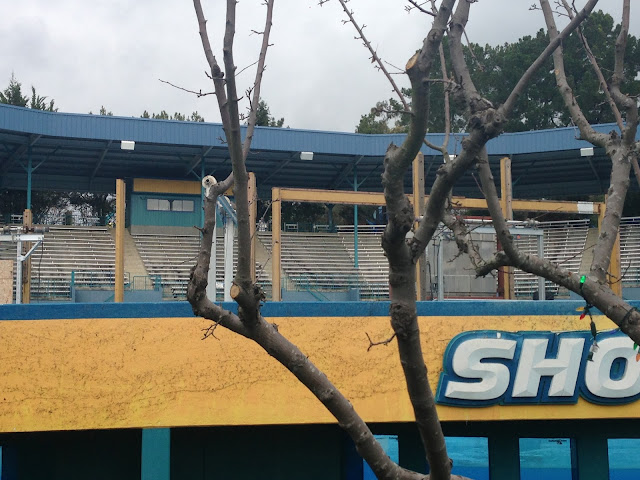 Looks like Six Flags started the refurbishment a little early! 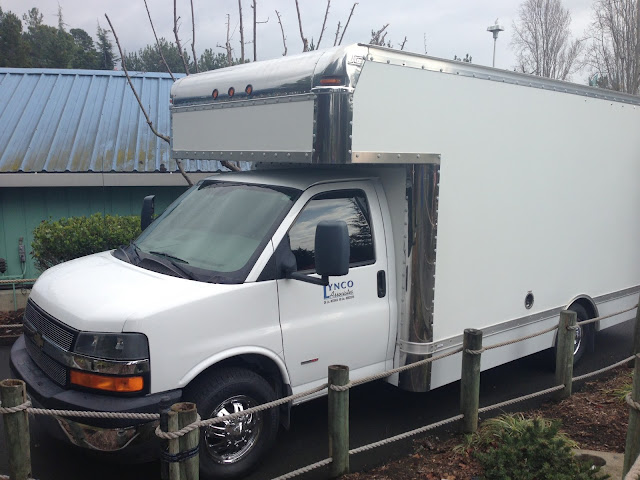 A truck is also parked next to the stadium, let's do some investigating... 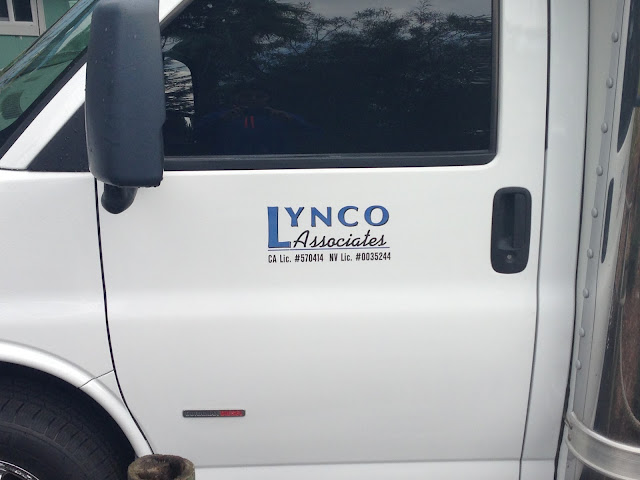 Lynco Associates, according to their website, built the original Stadium. Their services include concrete repair, restoration, treatment, and Underwater applications for Scuba Divers. So I think we can conclude that the new show will stay Marine themed. 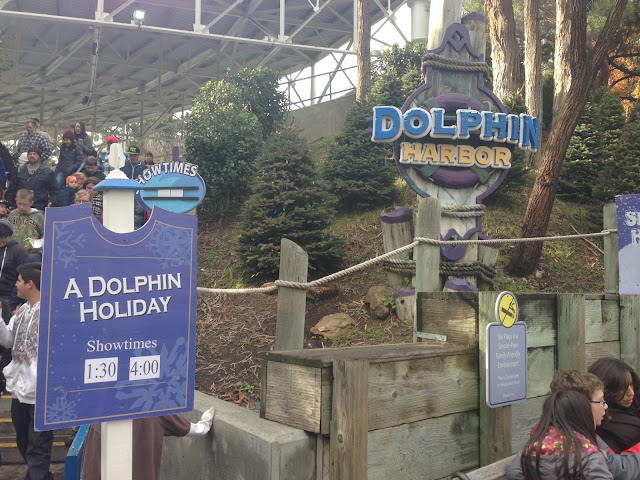 Speaking of Refurbishment, here's a last look at the current Dolphin Harbor before it closes in the off-season to be turned into the new show for 2013 Cirque Dreams Splashtastic! 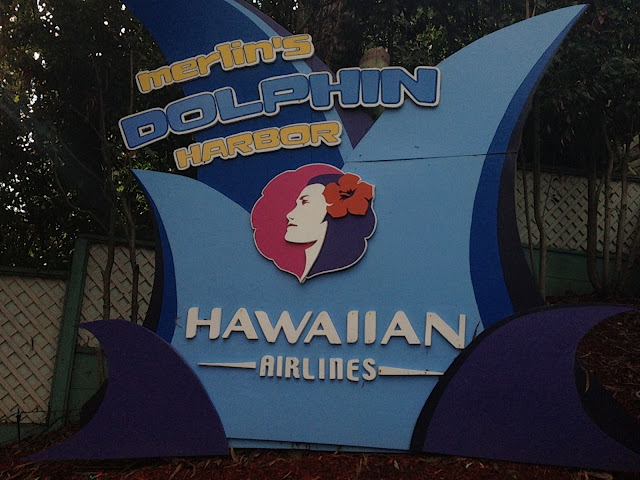 Wonder if Six Flags will drop the Hawaiian Airlines sponsorship?

Here's a great panoramic of the stadium, to give you a sense of its size. It definitely has some age to it, and the refurbishment into the new show should be a welcome change to the area! 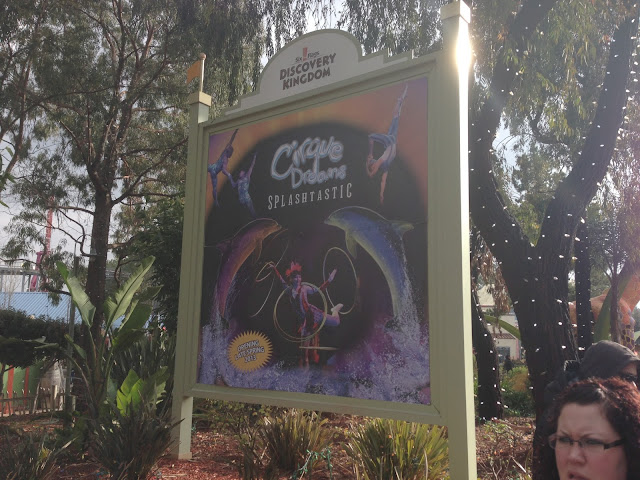 See ya next season!

Lots of things happening in preparation for next season, what do you think? Leave your thoughts at www.Facebook.com/ThemeParkOverload Be sure to check out the sidebar for other great TPO articles and updates! My name's Nicholous, and Thanks for Reading!