September 11, 2012
Welcome to Theme Park Overload! On Sunday, I had the opportunity of visiting Six Flags Discovery Kingdom to check out all of the changes already beginning for 2013! Including the new Cirque Splashtastic show for next year, this was also my first visit after Shouka the Killer Whale moved to Sea World (You Can Read More About That Here) Enough talk, let's go! 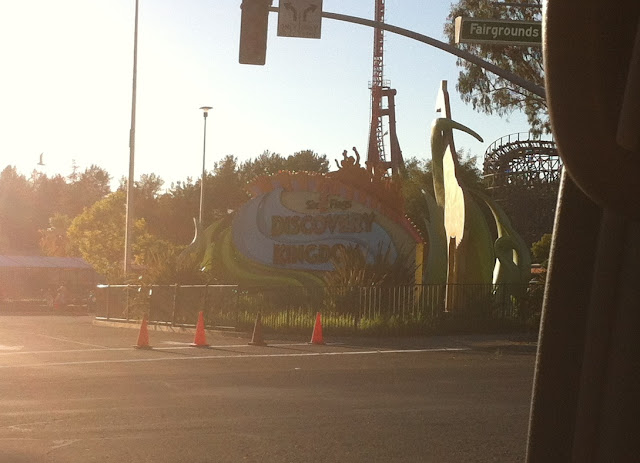 Here's a quick photo of the park's welcoming signage. As you can see, the whale has been removed from the logo entirely

Here's a "before" photo 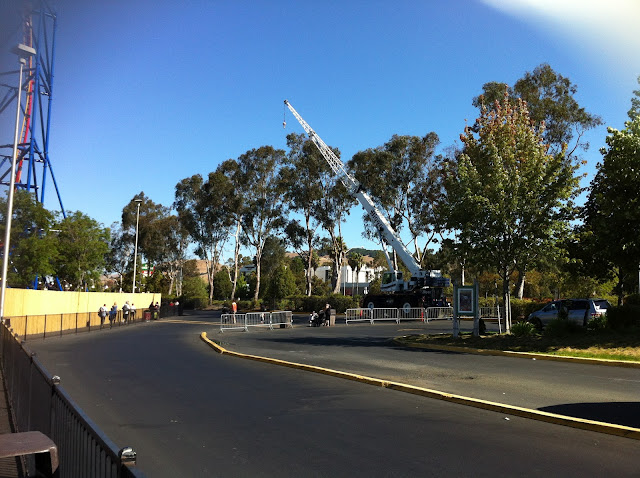 While walking to the park entrance, I spotted an out-of-place looking crane. I am almost 100% positive it's an evacuation procedure for the new Superman: Ultimate Flight coaster. Back in July, when the ride stalled at the top spike, (Read more about that here) the Vallejo Fire Department ordered the park to keep a crane on site in case the accident happened again. 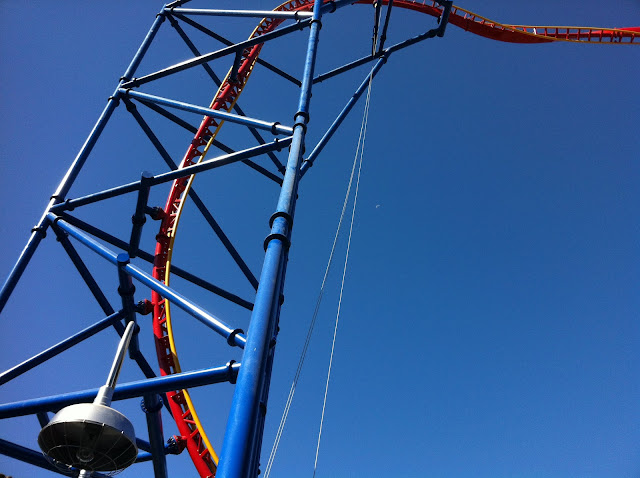 Getting closer to Superman, I saw mysterious wires running from the launch tunnel to the top spike, 150 feet in the air. It happens to be connected to the same spot riders got stuck in the July incident earlier this year. I immediately thought it was an electrical supply powering an added LSM motor to give the train an extra push, but when I rode it I could see no visible object on the track in the wire's meeting place. Call my guess far off, but I think it has something to do with the crane and pushing the train backwards into the station in case it stalls again. Another angle of the wires 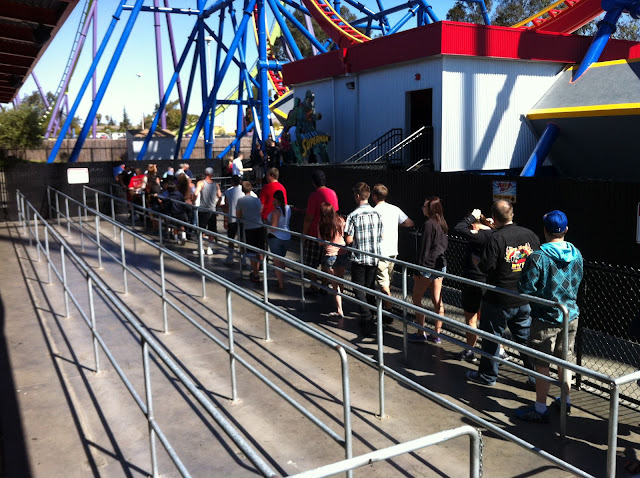 The ride had a very reasonable wait though at about 10 minutes right after park opening, and the load times were extremely efficient in the 30-35 second zone. It eventually broke down about 2 separate times during the day so this was the only ride I got it in (#31!) 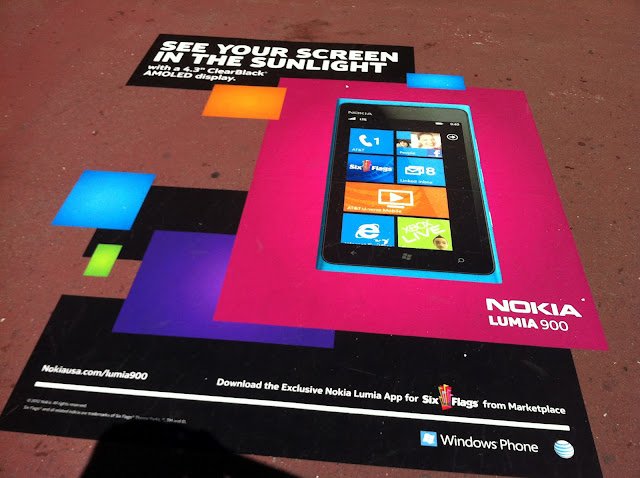 Switching gears, Six Flags has expanded their Nokia App Advertisements throughout the park 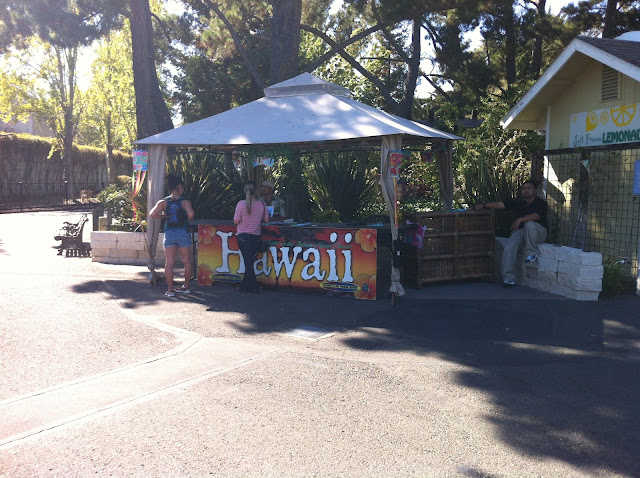 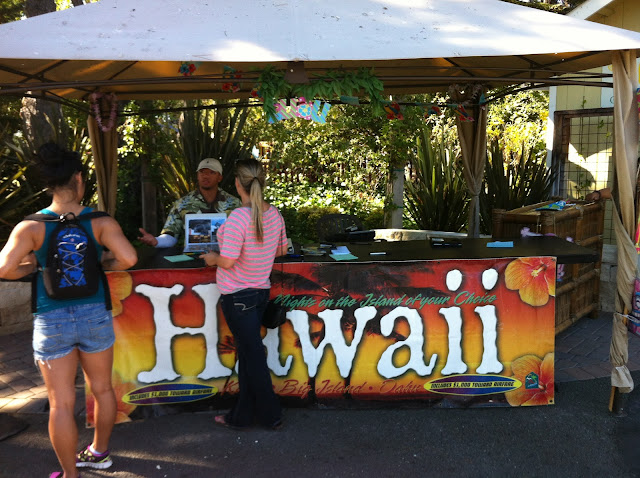 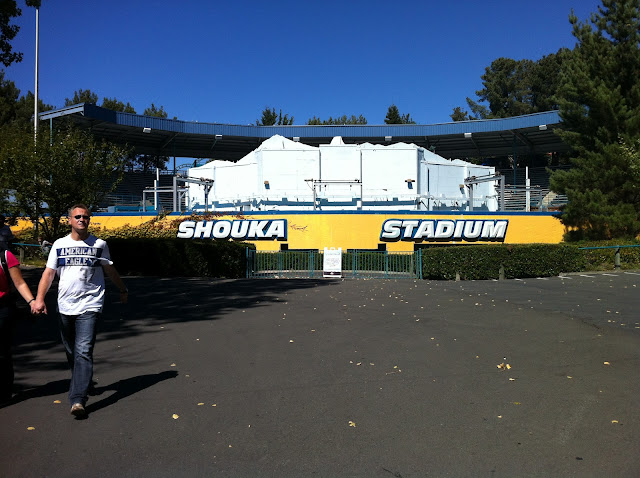 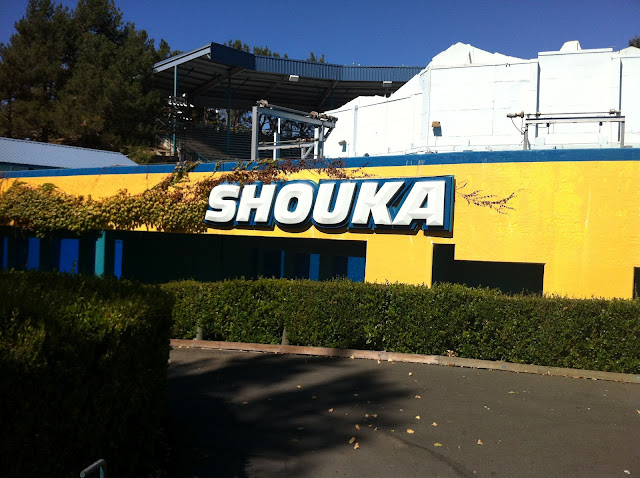 Those letters spelling "Shouka" pictured are virtually the last reference to the whale. Even in the park maps, the stadium is referred to as "Pacific Stadium". 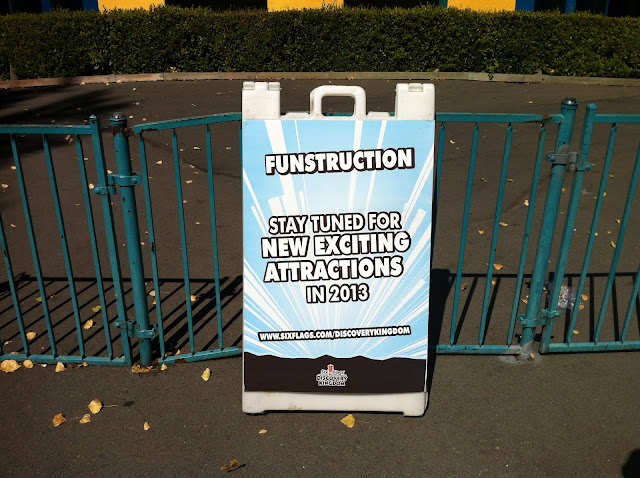 As I first reported last week (Which can be read by clicking here) Six Flags CEO Jim Reid Anderson confirmed to Theme Park Overload that the stadium would be renovated for 2013, beginning in the off season (Jan-Mar) 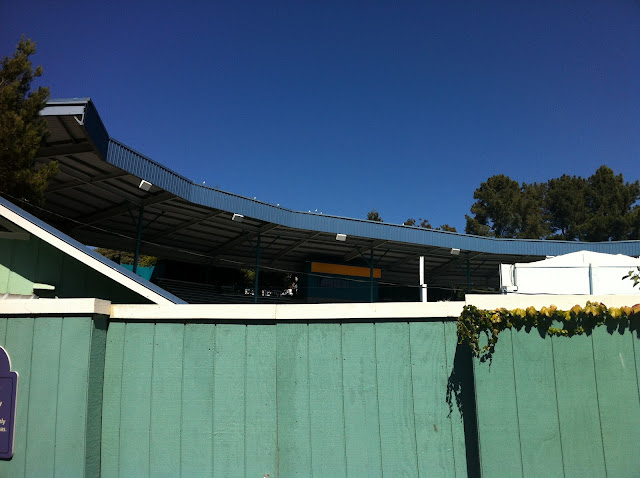 The stadium still sits dormant, and it appears Jim kept true to his word as renovations haven't begun just yet