July 11, 2012
Welcome to Theme Park Overload! It's not even the end of Summer, yet the rumors are heating up for the new 2013 attraction over at Six Flags Discovery Kingdom! Jim Reid Anderson, the CEO of Six Flags, said it himself that he was very excited to "bring at least 1 new ride, show, or attraction to each park every single year" and it looks like he's keeping his promise. (See 2012 New Attraction Reveal video below)

Well the rumors are in, and it looks like Six Flags Discovery Kingdom will be getting a drop tower for 2013! The official term is an "S&S Turbo Drop" model, so let's break that down. S&S is a manufacturer that is known for making drop tower rides that shoot riders up with compressed air. A "Turbo Drop" is a specific model offered by the company S&S where riders are slowly hoisted to the top of the tower, dropped, bounced about halfway back up the tower, and finally reach the bottom. Here is a picture of a Turbo Drop model from a different park, and most likely what the new ride will look like. 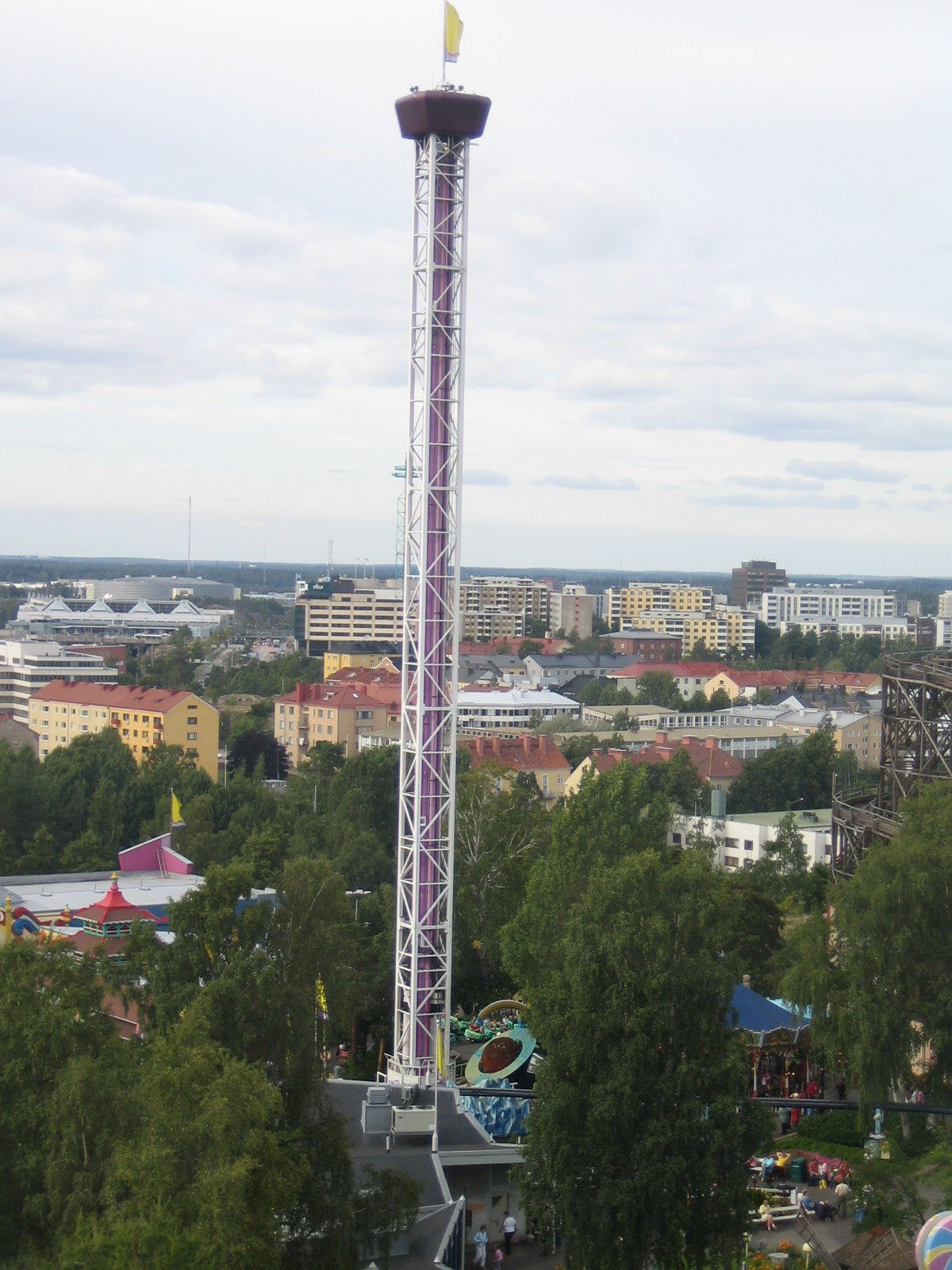 But don't get too excited yet. Due to the pesky Vallejo City Height Limit, the tower is expected to be a mere 15 stories tall. This may seem tall, but 6 hours down the road from the park, Six Flags Magic Mountain just opened Lex Luthor Drop of Doom, the world's TALLEST drop tower at a record breaking 40 stories. This means that the ride won't be very unique, also considering their is already a slightly shorter model of the same ride also located at the Santa Cruz Beach Boardwalk, dubbed "Double Shot" which is also located within range of the park in Northern California. What is exciting is the tower is expected to have a DC comics theme, possibly something like the "Joker's Jinx". The new attraction is expected to go in the front of the park, near the park's recently opened coaster "Superman: Ultimate Flight". We'll get all of the details soon as the announcement is expected to come on September 1st. That's all from Theme Park Overload for now! My name's Nicholous, and thanks for reading!

Nicholous Mirgoli
Nicholous Mirgoli is currently an undergraduate student at UCLA majoring in Economics and minoring in Urban and Regional Studies. He is actively pursuing a professional career in the Entertainment industry.