Hi and thank you for visiting Theme Park Overload! I had the opportunity of visiting Six Flags Magic Mountain for 3 Days, and I was able to get a nice trip report AND talk to SFMM's Publicist Sue Carpenter! (I'll talk about that later in the post) 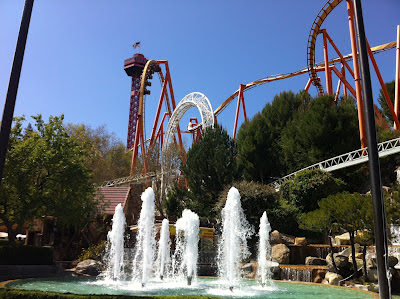 DAY 1: I arrived a little after opening time on Sunday. It was raining on and off and the park was practically deserted. All of 4 coasters (Viper, Goliath, Batman, Revolution) were open due to the rain.I started out riding the Arrow Dynamics 7 Looper "Viper" coaster, only to get painfully shot in the eyes with the rain. After riding the remaining rides open, the park closed earlier at 1:30 (VS. the 8:00 closing that was scheduled). I spent all of 2 hours in the park. 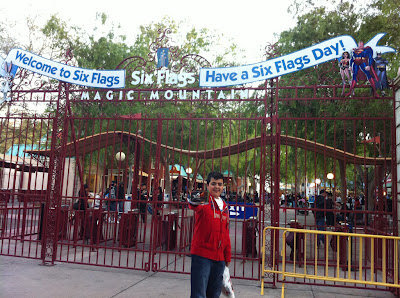 DAY 2:  The Mountain showed us some love as the sun came out to greet the eager park visitors the next day, Monday. I hopped on X2, only to be saddened to find the S.O.B.A.T (Synchronized On Board Audio Track) was down (The music you hear while you ride). 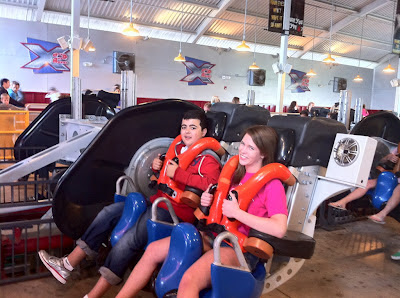 Hopefully this isn't permanent, but time will tell. If you need a laugh, here you go 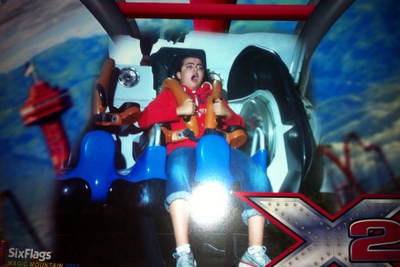 After X2 I headed over to the B&M Flying Coaster "Tatsu". 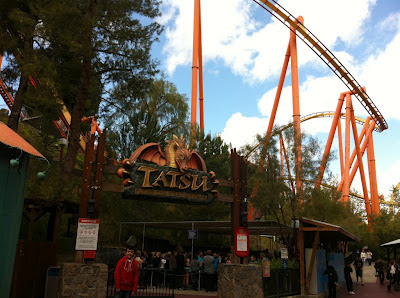 This ride is generally popular, but just an hour after opening the line was at 45 Minutes, longer than any other ride in the park, including X2. This is probably short for those of you who go during summer time, but today was a weekday and they were running 2 trains on it. Is Tatsu gaining even more popularity? Maybe we'll see "TATSU: Stormy Grounds" in the future and they'll pull an X to X2 Revamp on it? Who Knows? For know, here's another laugh for you guys 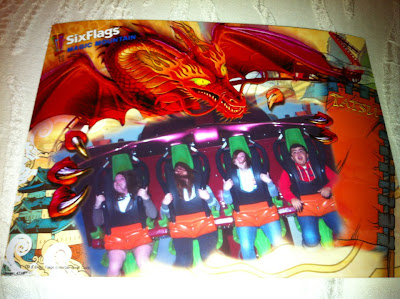 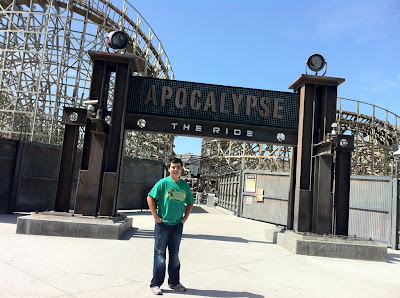 The coaster is fun, but the sight next to it of where Deja Vu once stood is upsetting. The coaster is now completely gone, with just yellow and blue lamp posts and awning as a reminder of  where the World's Tallest GIB (Giant Inverted Boomerang) use to be. On the other side of the coaster, you can see some scrap materials in the park's makeshift storage area. This is where they plainly lay down coaster track and whatever else they need storage for. Looking very closely I could see the old Log Jammer sign and rafts. (I'll talk more about Log Jammer on Day 3) After a quick spin on Riddlers I went over to DC Universe to ride Green Lantern First Flight 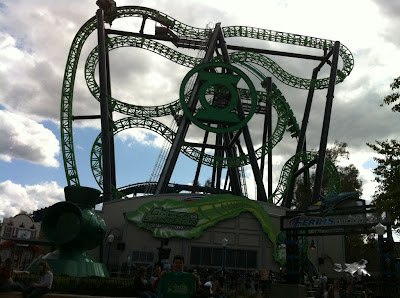 This was my first time on the Intaimn ZacSpin coaster "Green Lantern: First Flight" and I absolutely LOVED it! It was fast, exhilarating, and EPIC! I rode it 3 times, and even got stuck on it once. But that was exactly the problem. This ride is the first of its kind in the U.S. and of course comes plagued with problems. The ride has been open since July, but constantly brakes down, even today. My theory is the safety codes are different here in the U.S. different from where the other copy of this ride is located in Switzerland. Is there just bad programming for the ride's safety features, or is this just how the ride's going to run, on and off?

DAY 3: My trip came to a great end with quite a surprise! With only an 1 1/2 hours in the park, I ran to get my last rides on my favorites. After riding Goliath, Tatsu, Apocalypse, and Riddler's Revenge I went next to the exit of the park at Suzette's Bakery. Come to my surprise, I found Six Flags Magic Mountain's Publicist Sue Carpenter shooting footage of the funnel cakes for Six Flags TV! 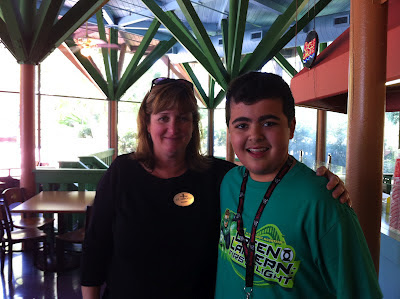 I was able to chat it up as much as possible with her about the new rumored coaster going into the old Log Jammer site. Log Jammer was known to be one of the best Log rides in the world, and was abruptly removed from the park just months ago for the site of a 2013 rumored coaster. 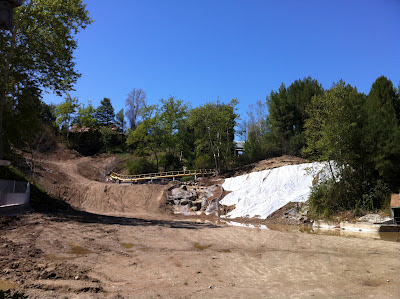 It is rumored that "Full Throttle" will be magnetically launched, take advantage of Log Jammer's old tunnel, and be the longest coaster in North America (in track length) Obviously Mrs. Carpenter was tight-lipped about the coaster. I questioned her about "Full Throttle" and the concept of it being a Premier Rides Launched coaster, but I was only told that "All coaster fans will be excited". I'm predicting that this new coaster will be a real winner, and possibly add to the park's minimal "Launched" type coasters as Superman is currently the only ride in the park that is "launched" and has no Chain Lift. We'll see! Here's some more shots of where the late Log Jammer once stood. 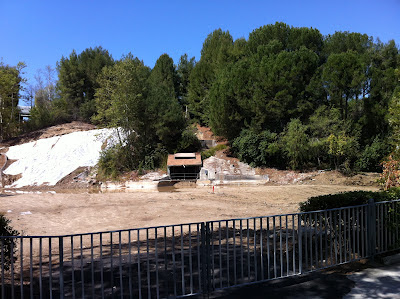 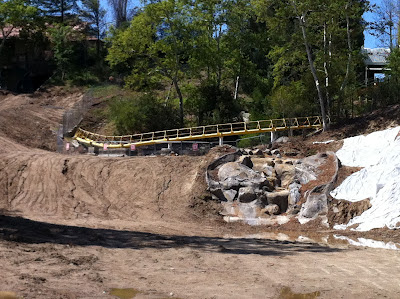 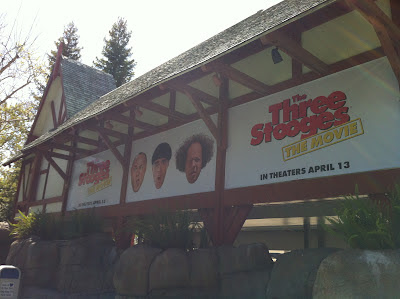 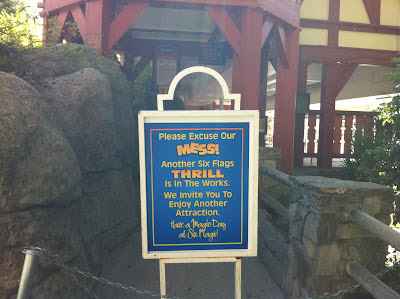 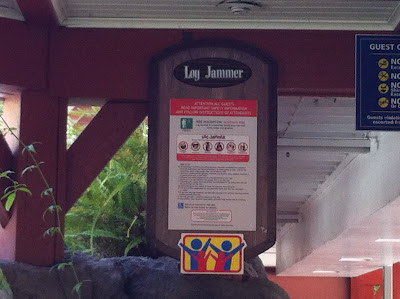 If you enjoyed click the share button on the bottom of this page! Special Thanks to Mrs. Carpenter for revealing minimal (yet news worthy) information :). My name's Nicholous and thanks for reading!