February 29, 2012
Happy Leap Day everybody! This week has been exciting for the theme park industry, so lets "roll" on into it! (Yes I'm sorry, I know that joke's lame)

AMAZING news coming in from Disney California Adventure today, as they have STARTED TESTING BOTH CARS on Radiator Springs Racers! If you don't know what I'm talking about, let me explain. California Adventure is a theme park, literally 15 feet away from Disneyland. It has been there for a little while now, but has always under preformed Disneyland. People called it cheap, because of things like the park"s California theme. So in 2008, they started a 1.1 BILLION dollar expansion for the park! In 2008 we say Toy Story Mania. In 2009 we saw World of Color. In 2011 we saw The Little Mermaid, Ariel's Undersea Adventure ride. And the whole project ends this year with the addition of Cars Land. It's a 12 acre, brand new "land" going into the park this year! It brings three attractions. Luigi's flying tires, Mater's Junkyard Jamboree, and the best of all, Radiator Springs Racers! Think a classic Disney "dark ride" (Peter Pan's Flight, Mr. Toad's Wild Ride) mixed with a roller coaster. You board "cars" and experience a themed dark ride. The difference, you are going to "race" at high speeds with a car next to you with random winning results! Now it doesn't open until June 2012, but check out a picture below from Westcoaster of ride testing!

Other "exciting" rumors for Six Flags Great Adventure. ( I question "exciting" because if you're a Six Flags Magic Mountain fan, you won't be too excited) Their are rumors that Six Flags Great Adventure will build the World's Largest Vertical Drop Tower in the near future. SFMM fans might find this upsetting, as the new ride currently being built at the park for this year is going to be the World's Tallest Vertical Drop Tower, Lex Luthor's Drop of Doom (Which I talked about in one of my past posts) and the proposed new ride would take the park's short-lived  record. Part of the rumor is that it will be attached to the park's already "Kingda Ka" coaster. Kingda Ka is what I consider how Six Flags Great Adventure "got on the map", as Kingda Ka is the world's tallest and second fastest coaster in the world. It stands 456 feet, and launches riders at 128 MPH. The proposal is that the rumored drop tower would somehow be attached to the existing tower. If you look at SFMM's new drop tower, you'll  see it is being attached to the park's Superman Escape from Kyrpton coaster. The drop towers fit perfectly on the sides of the tower (See Below)

BUT Kingda Ka's structure is designed a little differently, and it would be a little more difficult to attach the drop tower onto it (See Below) 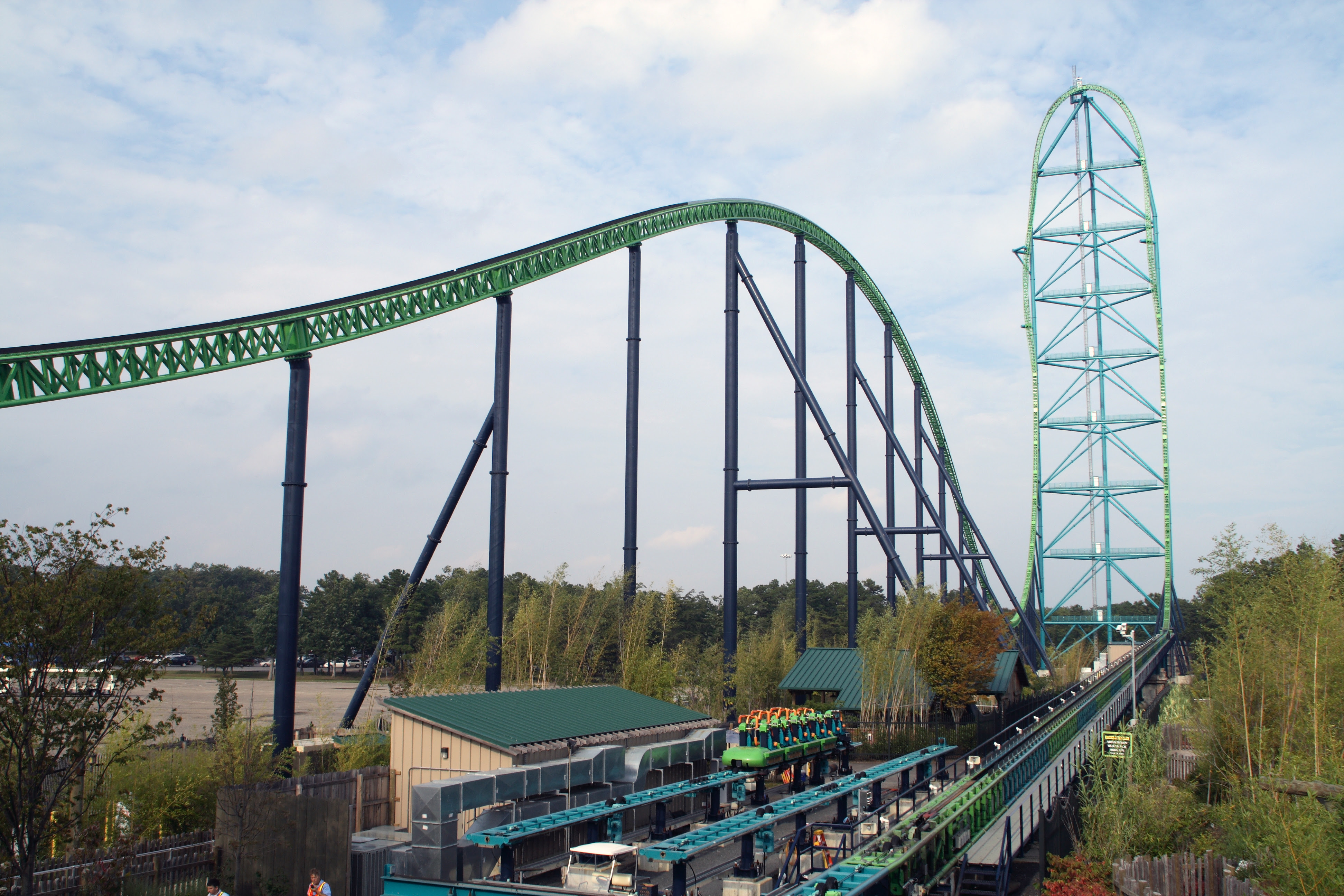 The other problem is Kingda Ka got struck by lightning in 2010 and has been on and off with its operation since. Could this be a possible sign that they are going to reopen the ride WITH the new drop tower, if they even plan on installing a drop tower.

Thanks for reading this week's update! Don't forget to enter your email at the top of this page to be reminded via email of new posts, and if you enjoyed this click the share button at the bottom of this post! My name's Nicholous, and thanks for reading! See you next week!

P.S. If you have any rumors or visit a park and take pictures, email them to me! Just include your name (for attribution) and a picture or rumor information! Send them to mr3dperson@hotmail.com!